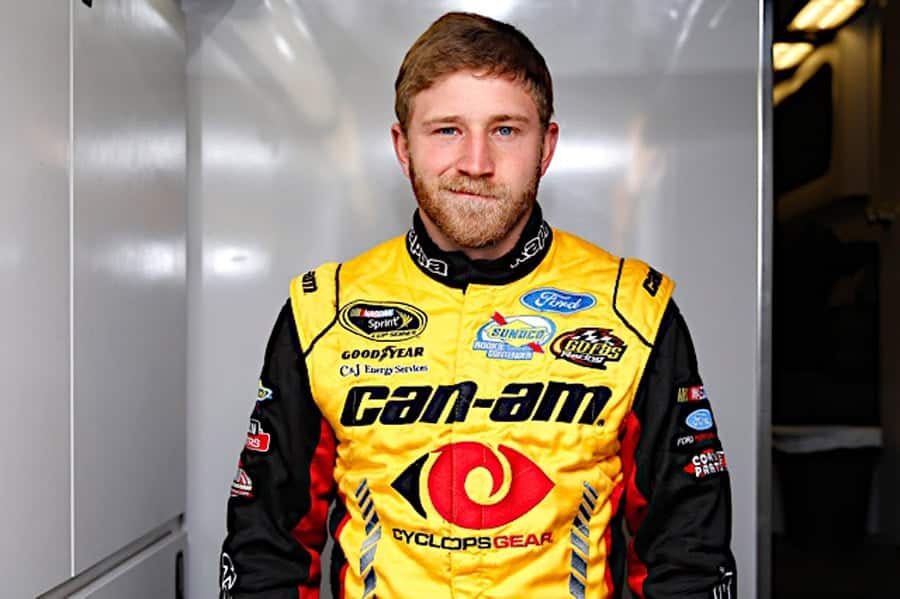 For the first time in Jeffrey Earnhardt’s Sprint Cup Series career he will unload onto a racetrack with prior experience. Last September, the 26-year-old rookie grandson of Dale Earnhardt, Sr. made his debut at Richmond International Raceway for Go FAS Racing. Finishing 40th in a 43-car field, Earnhardt simply kept his No. 32 Ford out of trouble. He wound up 13 laps down but gained valuable experience, making the most of his on-track time.

Now, seven months later, Earnhardt returns to the 0.75-mile short track with six more Sprint Cup starts under his belt and a stronger sense of excitement for Sunday’s Toyota Owners 400.

“Richmond is exciting. It’ a great racetrack, a lot of good racing,” Earnhardt said following Happy Hour. “Luckily, our car is a lot better today then it was yesterday. We’re making some changes to it to make it even better hopefully. Really excited to be back here and looking forward to the race.”

“Bristol should’ve been better than what it was,” he said. “I know it’s not like Richmond but it’s good to be back at a short track racing.”

The first question usually thrown at Jeffrey throughout his NASCAR career is how and when uncle Dale Earnhardt, Jr. has helped him learn the ropes. Growing up in one of the most successful families in the sport’s history automatically spells steady support and lessons from day No. 1.

Despite Junior’s presence each week at the track, Jeffrey finds more support right at home with Go FAS.

“He’s such a busy person,” Jeffrey said of uncle Dale. “I don’t try to bother him too much. The guys on my team, they have a lot of knowledge.”

Among the experienced group is crew chief Wally Rogers who has headed NASCAR teams for more than 15 years, winning once in the Camping World Truck Series and six times in the XFINITY Series.

“Wally Rogers worked for Kevin Harvick, won a lot of races for KHI [Kevin Harvick Inc.],” Earnhardt said. “I got a lot of good people around me on the team to help me.”

A young, small organization paired with a rookie driver makes the No. 32 organization a closer group from week to week. In terms of their expectations for Sunday, this underfunded team with a merry-go-round rotation of drivers is simply working hard to work together with Earnhardt at the wheel.

“Hopefully [we can] come away with a good finish but also to learn as much as we can,” Earnhardt concluded. “Keep building our program at Go FAS. We’re a small team and don’t have the best notebooks. Hopefully we can keep building those notebooks, make them better and to hopefully look forward to a really good year next year.”