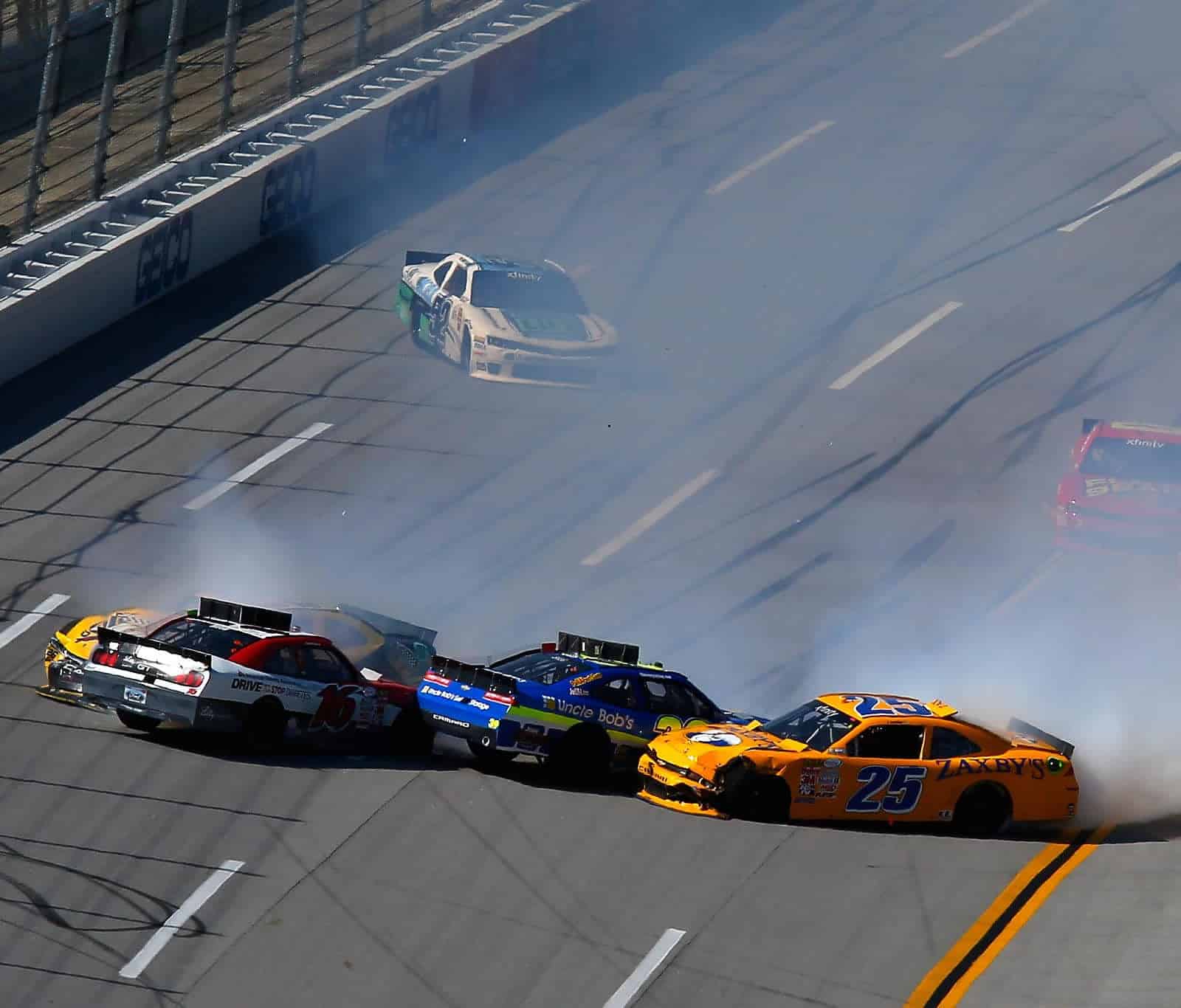 The ninth race of the 2016 season brings the XFINITY Series to Talladega Superspeedway.

There are 43 cars entered for Saturday’s event, meaning three will not qualify for the race.

John Wes Townley will attempt to make his second XFINITY Series start of 2016 in the No. 05 car. He finished 17th in the season opening Daytona event after starting 14th.

Scotland native John Jackson will look to qualify for his first race this season in the No. 13 Chris Kyle Foundation/Bubba Burger Toyota. This will be his 16th start in the series and first at Talladega.

After making his season debut for Joe Gibbs Racing at Richmond, Matt Tifft is back behind the wheel of the No. 18 NOS Energy Drink Toyota this weekend. This will be his first series start at Talladega.

Brandon McReynolds will compete in the No. 24 for JGL Racing on Saturday. This will be his second career series start and first since 2010.

Daytona winner Chase Elliott is back in the No. 88 for JR Motorsports this weekend and will look to remain undefeated in XFINITY Series restrictor plate races in 2016.