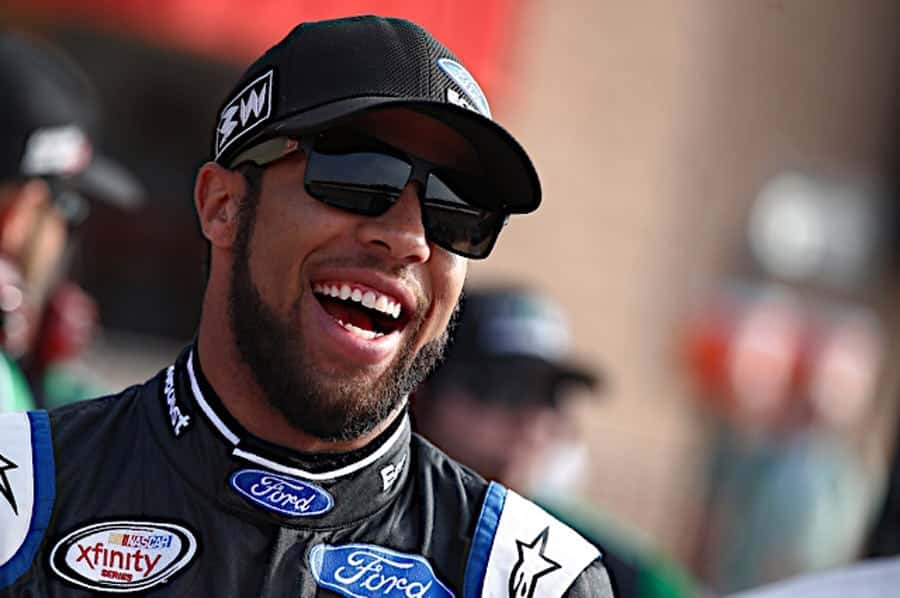 They say a picture is worth a thousand words.  If that’s true, the pictures here speak volumes, far more than I could possibly convey in mere paragraphs. Racing, at its heart, is about people. Here, some of the people show a myriad of emotions. Photography is intimacy at its raw core; it sees people as they are in a moment, not necessarily how they would choose to be seen, but honestly and as unfailingly human. Here are five photos that show a few of the simple complexities of the sport.

A few minutes after this photo was taken, they climbed into their cars, all business, and rolled onto the track for qualifying, dead serious about besting one another.  But before that happened, they were just three kids living a dream.  And really, isn’t that all this is?

Tony Stewart is a fierce competitor and one of the best of his era.  He’s also human nature at its volatile worst and at its compassionate best. Here, he looks like he’s up to no good, and somebody had just better watch out.

Victory Lane always brings out a rich spectrum of emotion, and on this day in Atlanta in 2004, Jimmie Johnson was torn between smiles and tears as he and all of his Hendrick Motorsports teammates celebrated his win while still grieving the loss of 10 people in a Hendrick plane which had crashed en route to Martinsville the previous weekend, a race which Johnson also won and didn’t have the chance – or the heart – to celebrate.

Dale Earnhardt, Jr. could have been crushed under the larger-than-life legacy of his father, a seven-time champion and Hall-of-Famer whose death on the final lap of the 2001 Daytona 500 stunned the racing world.  His youngest son has always been his own man, with no pretense otherwise. He honors his father without succumbing to pressure to be his father. Here, though, his steely-eyed gaze is all Junior… but also hauntingly reminiscent of Dale, Sr.

Looking at the smile on Jimmie Johnson’s face as he stands in Victory Lane, it’s easy to mistake him for the race winner—after all, he’s been in that position 77 times in his career.  But this time wasn’t one of them. Johnson, who’s often maligned for lacking emotion, shows pure joy here because his childhood friend, Casey Mears, found his own elusive first Cup win. Afterward, Mears was asked why Johnson’s arrival had been what triggered his own flow of emotion. The answer was simple, and it’s evident in this celebration photo: “He’s my brother.” And indeed, the pride on Johnson’s face is that of an older brother who’s been there and knows fully why it’s important.