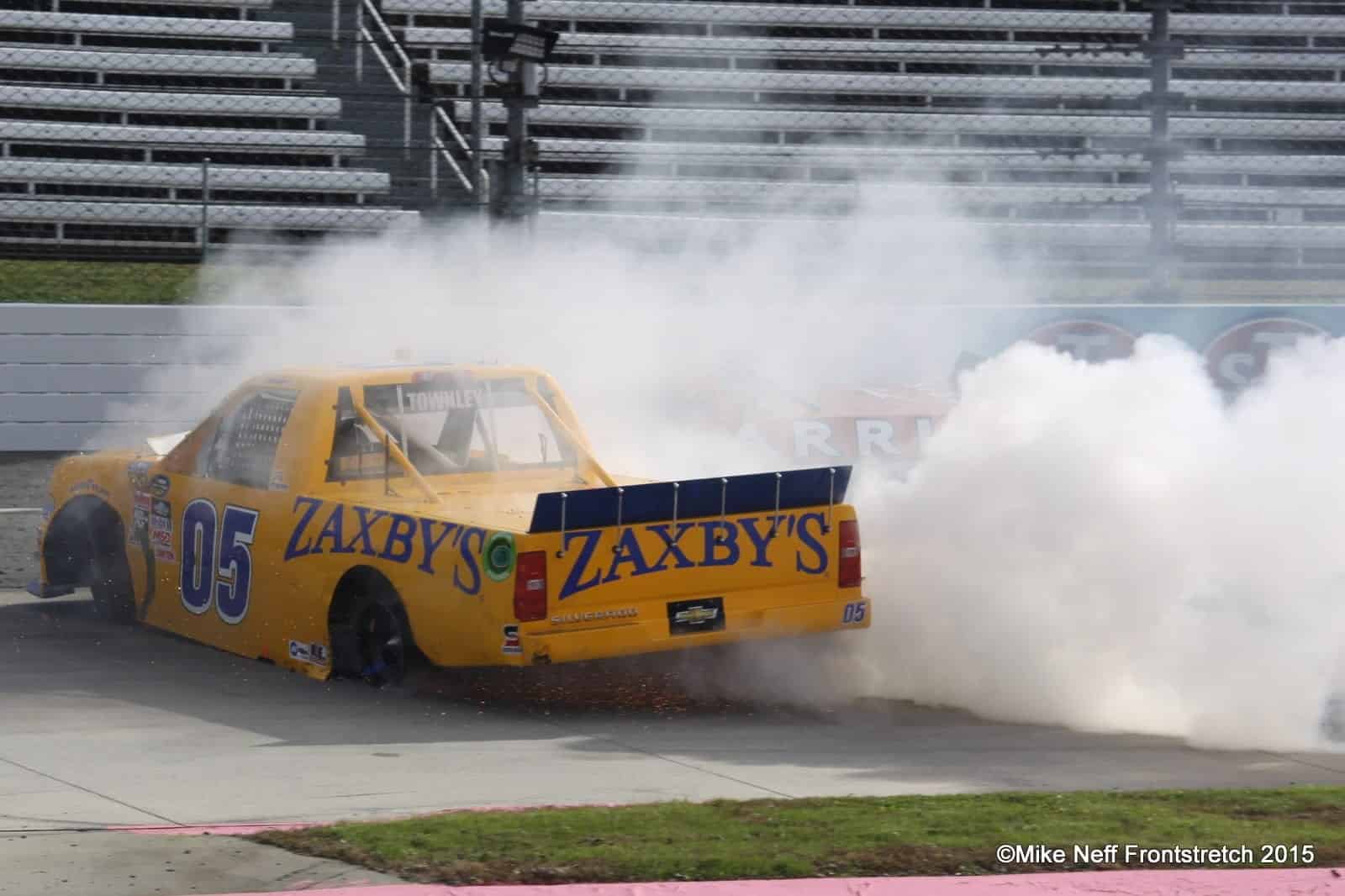 On the other hand, outside of NASCAR, the Ohio-based ARCA Racing Series also races twice at superspeedways each season. But unlike the Truck Series, which runs its final Daytona or Talladega event in the fall, ARCA’s last race is this weekend, at Talladega, in the fourth race of the 2016 season.

If you’re rearing for more ARCA action from one of the big tracks, just two months after the season-opening action at Daytona, that means today, April 29, is your last shot.

Should you have the means and time to watch — 4 p.m. ET on FOX Sports 1, by the way — there’s plenty to keep an eye on, including a handful of NASCAR drivers old, new and, I’d wager, future.

Here’s a few drivers you may recognize Friday, and a few more you may hear more about one day.

Camping World Truck Series regular John Wes Townley also enters the fourth race of the ARCA season in the series points lead. He’ll be a bona fide contender; after all, he won the season opener at Daytona in his family-owned No. 05, his second superspeedway win in the series. You’ll also be able to catch him in his part-time XFINITY ride on Saturday.

Ever a favorite on the superspeedways in ARCA competition; eight of Bobby Gerhart’s nine series wins have come at Daytona. The ninth? Talladega, 2001. You can bet Gerhart, a part-time competitor in the XFINITY Series who has 45 starts across the Cup, XFINITY and Truck series in a career dating back to 1983, will be hungry; though he was once lights-out at Daytona and Talladega, he hasn’t won since 2012.

Remember Dalton Sargeant? He hasn’t run a NASCAR national series race yet in 2016, but in 2015, the Florida native drove four races in the Truck Series for Wauters Motorsports and the part-time No. 5. The end result? Two top 10s, a 10th and a ninth at Bristol Motor Speedway and New Hampshire Motor Speedway, respectively — and those came at age 17. Talladega will mark his second race with Venturini Motorsports this season; his first, at Salem, resulted in a third-place finish.

Win-Tron Racing isn’t running much in NASCAR’s Truck Series this season, but when it does, it’s with Shane Lee, out of Newton, N.C. Lee ran his first race in the Truck Series at Martinsville Speedway earlier this month, finishing 17th and on the lead lap. Meanwhile, his first three ARCA races — all coming this season — have resulted in finishes of 38th, 16th and 12th. Gradual improvement so far; maybe Talladega is the race he gets inside the top 10.

Turns out John Wes Townley isn’t the only racecar driver to come from Watkinsville, Ga. Meet Brady Boswell, the newly 19-year-old who made his ARCA debut at Nashville this season with Mason Mitchell Motorsports. Talladega marks Boswell’s first run with Cunningham Motorsports in its No. 22. How’d that team do in this race last season? Victory lane with Blake Jones.