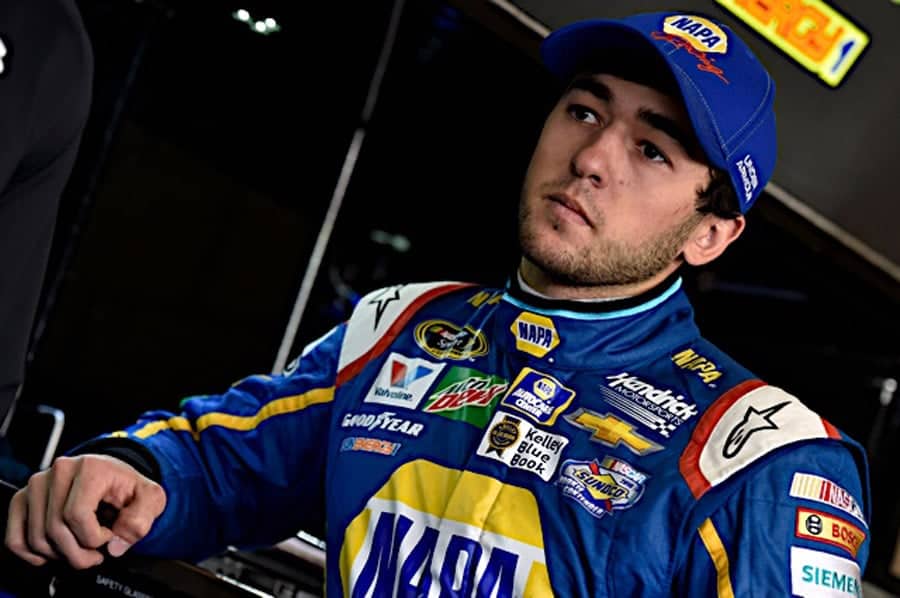 When it comes to superspeedway qualifying, Chase Elliott‘s two-for-two in his rookie season.

Elliott’s 49.704-second lap late in the second round of qualifying was good for the 21 Means 21 Pole Award at Talladega Superspeedway, his second pole on the season. Elliott also claimed first on the grid for the season-opening Daytona 500.

The Dawsonville, Georgia native knocked off teammate Dale Earnhardt, Jr., who was looking for his first Talladega pole, and survived a lap just .061 seconds slower from Austin Dillon to take the top spot.

Dillon will start second, with Earnhardt, Matt Kenseth and Jimmie Johnson rounding out the top five.

Qualifying proved to be a surprise for Stewart-Haas Racing. After showing speed during practice, the organization failed to place a single car in the final round. Ty Dillon led the way for SHR in 14th, with Kurt Busch (18th), Kevin Harvick (29th) and Danica Patrick (37th) rounding out the team’s underwhelming session.

Josh Wise (No. 30) was the lone driver to fail to qualify for Sunday’s race.

Elliott’s pole comes on the 29th anniversary of his father’s 212.809 mph. pole lap around the same Talladega oval. The circuit still stands today as the fastest lap in NASCAR history.

Any bets on who gets the pole for the Firecracker?