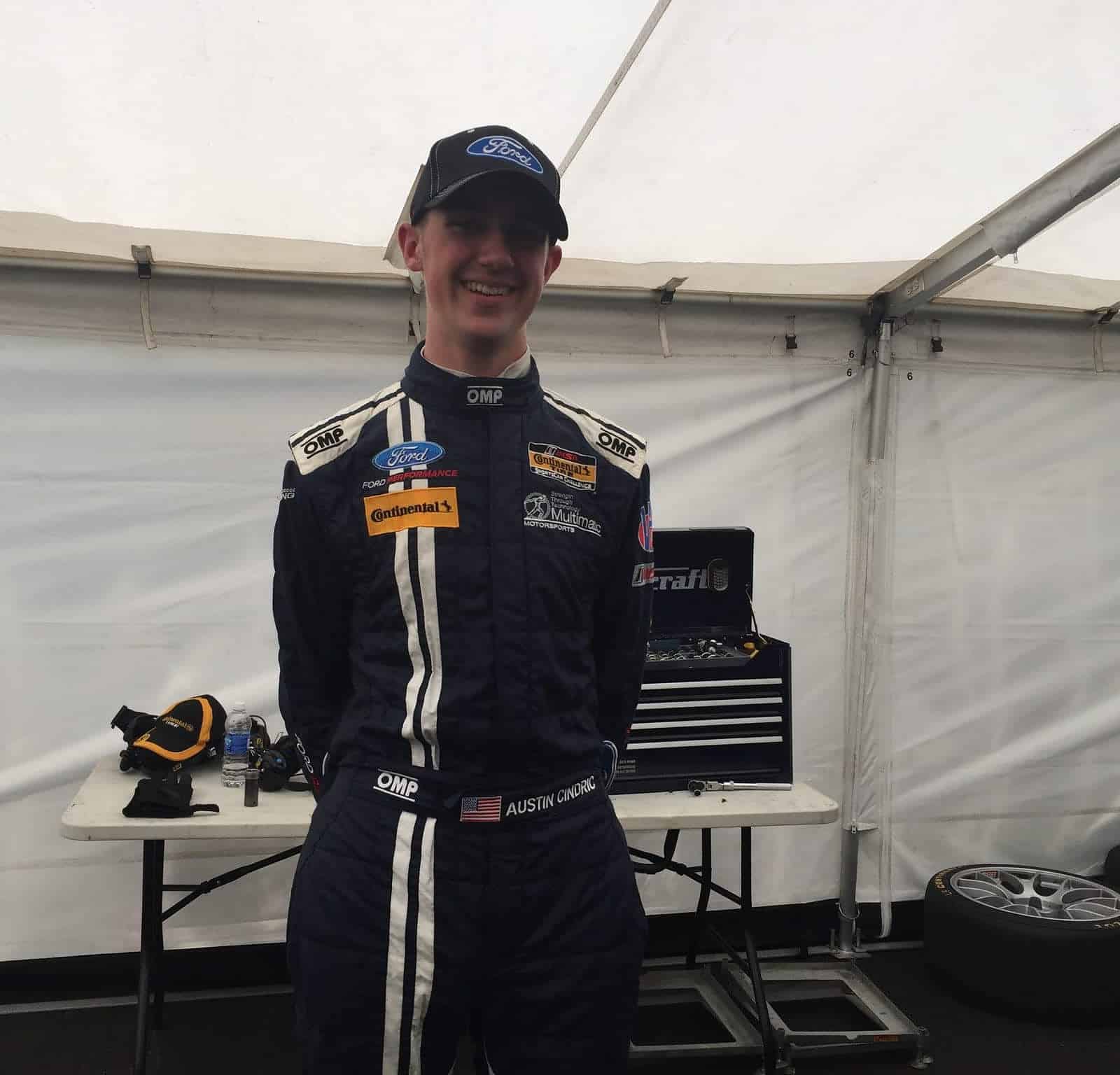 Late Friday morning, Brad Keseloski Racing’s Austin Cindric had a bright smile on his face. Joking around with some crew members, he was preparing to attempt to make the field for the Camping World Truck Series race at Dover International Speedway.

But attempt was all Cindric could do.

As predicted by meteorologists throughout the week, the rain. When it did, it put a halt to on-track activity for several hours, canceling qualifying for both the Sprint Cup Series and Camping World Truck Series and ending his hopes at competing in the Jacob Companies 200.

“I came into this weekend with no expectations because I can’t know what to expect if I haven’t done it before,” Cindric said with a wry smile. “I was happy to be in the top 10 in practice. It shows the hard work that not only the BKR guys put into having a third truck, but also me and my preparation.”

Cindric, 17, is the son of Tim Cindric, President of Team Penske. Since he started racing, his father has helped him develop connections in NASCAR to further his career.

In two ARCA Series events last year, he had a best finish of fourth at Iowa. Running the No. 39 car for Martin-McClure Racing in the K&N Pro Series East, he was victorious at Virginia International Raceway in his first start with the team in late April.

Last year, Cindric got his feet wet in the Truck Series, replacing Austin Theriault, who was injured in an on-track incident at Las Vegas Motor Speedway. The Ohio native competed in the No. 29 truck at Martinsville and Phoenix, finishing 25th and 19th, respectively.

However, the future is uncertain, though he has expressed optimism about his plans for the future.

“I hope so, but there are a few events that we are looking at,” Cindric said. “Talladega is one of the big ones that I would like to get to once I turn 18. I would like to get a superspeedway under my belt. Hopefully, I will have more opportunities in the future.

“I think looking at the future right now, it would be hard to predict anything. Where I have been in the last two years of my career has been a massive step up. I can’t even predict where I am going to be at the end of the year, let alone the start of next year.”