A bad Month of May just got much worse for Alex Tagliani.

Tagliani, 42, was involved in a shunt off of Turn 4 during the final day of qualifying for the 100th Running of the Indianapolis 500 on Sunday, hitting the attenuator at pit entrance and spinning multiple times before stalling on the frontstretch.

The Canadian was no worse for wear after the incident, and was quickly checked and released from the infield care center.

His No. 35 Alfe Heat Treating Special Honda for A.J. Foyt Enterprises, however, was less fortunate. The machine sustained heavy damage in the incident, and will require extensive repairs from Tagliani’s A.J. Foyt Racing team.

May has proven to be a frustrating month for Foyt, and Tagliani in particular. Tagliani was the second slowest driver to complete a four-lap effort during Saturday’s time trials, with an average speed of 224.507mph.

Jack Hawksworth and Takuma Sato haven’t faired much better. All three teams have required significant changes and struggled to find speed. Sato led the organization with a 17th-place run on Saturday. 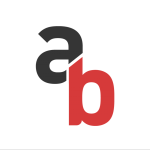