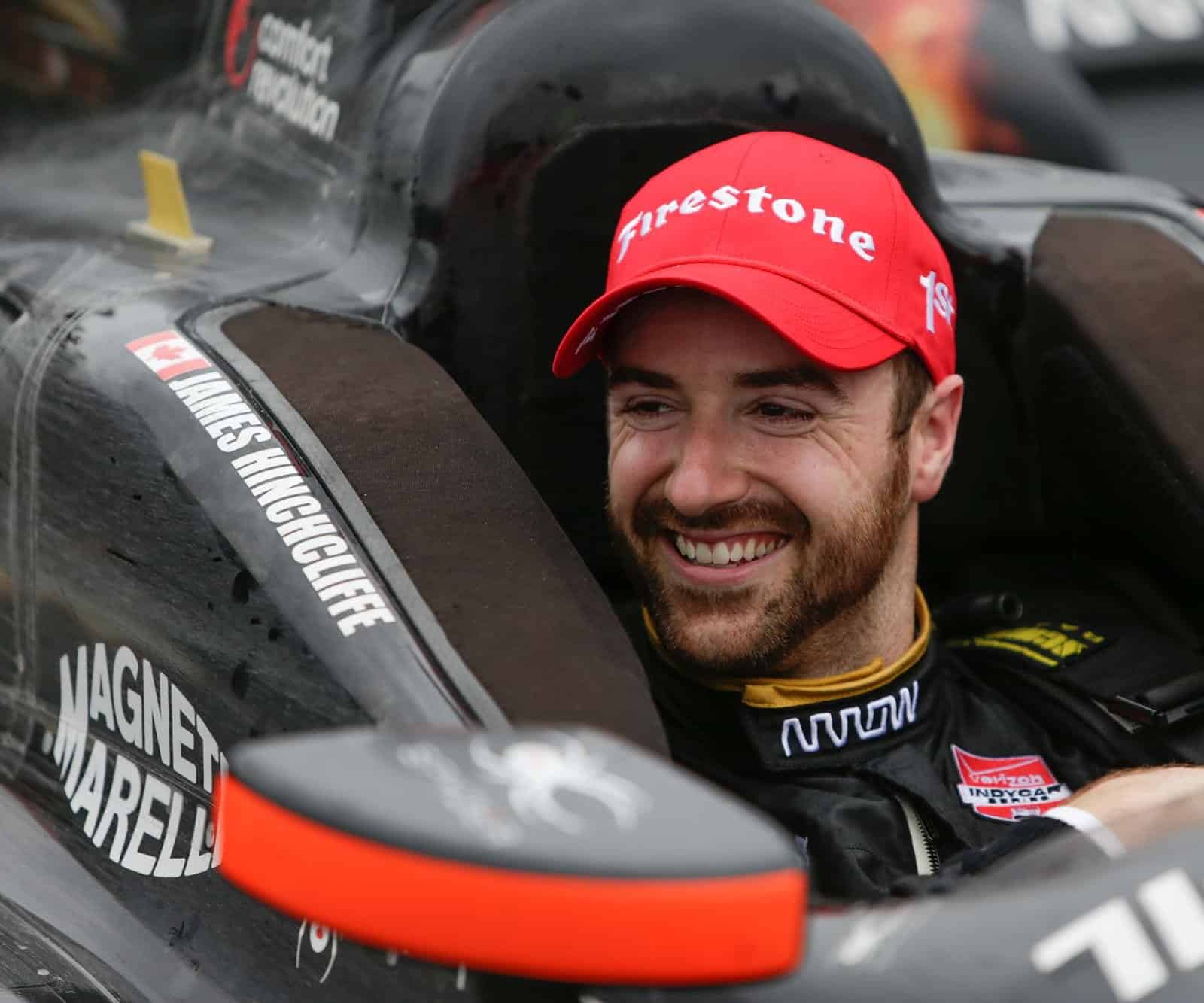 This is THE weekend for you, race fans – no apologies for the caps. The greatest Sunday in motorsports will contain three epic races across three different racing series, a little variety paired with some nail-biting competition.

First up, it’s the Formula One Monaco Grand Prix. Now back in the day, on a road trip round Europe with three buddies after college, we drove this particular street circuit and it is quite something to behold. Admittedly in our extremely rugged but old school Land Rover, seemingly built in 1942, we were a little slower but it didn’t stop us imagining what it would be like to wheel a gleaming F1 machine around the narrow confines of the beautiful South of France tax haven.

Then, it’s the 100th running of the Indy 500 (more below) — an event quite rightly billed as the greatest spectacle in racing. This iconic event deserves its moniker and this year perhaps more than ever for what will be a historic running of arguably the most famous race in all of motorsports. We finish up this special Sunday with 600 miles of racing at Charlotte Motor Speedway (again, more below). In short, it doesn’t get any better for a racing aficionado. Definitely a day for an early alarm especially if you live on the West Coast.

TWO: The Theater of the Absurd

Well, you have to give NASCAR points for trying something new with the All-Star Race this weekend even if it ended up feeling, to use Chris Myers’ apt mid-race description, like the theater of the absurd. Now on the one hand, you have to give NASCAR credit for attempting something different after several snoozer-style races in the past few years. But when even the drivers don’t understand what’s going on you can be cast-iron certain the fans don’t understand all the nuances either. Confusion aside, the racing itself was pretty good — our own Mike Neff gave it a high rating in his excellent recap — with plenty of battles for the lead and once again a “so near, yet so far” kind of evening for Kyle Larson (who you have to feel has a win coming very soon.) The problem is whether enough fans pushed aside the confusing rules to see the competition for what it truly was.

It will be interesting to see how NASCAR rejigs the format for next year because you have to feel they will make changes – perhaps even wholesale alterations after the latest edition became an embarrassing, confusing mess. At least the tire Goodyear brought seemed to be a good choice, right? Hopefully, this compound augurs well for the 600 this Sunday evening, a race that’s suffered from poor competition in recent years.

THREE: There’s only one Tony Stewart

Whilst I understand we’re still going to be seeing a lot of Tony Stewart in the coming years, transitioning into his role as an owner, it will be sad to see “Tony the driver” finally hang up his racing gloves at the end of the season. If for no other reason it’s his unfiltered, unvarnished and unadulterated perspective on events that make him stand out within the NASCAR garage. His take on the All-Star race and Saturday’s premature, crash-damaged conclusion to his own race simply cemented why he’s an outspoken voice so many look to in this sport.

“I’m as baffled as everybody,” said Stewart in a post race interview with FOX television upon his release from the infield car center. “I don’t know how in the hell we were scored a lap down after they stopped the No. 20 car and they pit everybody together… It’s the most screwed-up All-Star Race I’ve ever been a part of, and I’m glad this is the last one.”

Stewart, in a few short sentences once again called out the sanctioning body just a month after receiving a hefty fine for doing so. Will lightning strike twice to Smoke’s bank account? Either way, he spoke up when others wouldn’t, telling the truth when others dodged it. My wife, who was watching with me at the time summed it up perfectly, noting: “What do you really think Tony? Love him.” And who am I to disagree with my much better half?

FOUR: Next Up, Charlotte

This weekend on the Sprint Cup schedule looms the longest and one of the most arduous dates on the 36-race slate: 600 miles at Charlotte Motor Speedway. It’s the 115th points-paying race at NASCAR’s putative home base, a racetrack that’s been holding Cup races since all the way back in 1960.

The defending race winner at Charlotte is Carl Edwards but, as we’ve seen in the past, this race can sometimes throw up a surprising winner. One recent example of that is Casey Mears, who scored the only first-place result of his 464-race (and counting) career back in 2007. David Reutimann also won a rain-delayed event in 2009, one of only two career victories for the amiable Florida native in 235 events. Of course, alongside the unexpected winners you have a typical cast of characters who’ve made it to Victory Lane in recent years: Kurt Busch (2010), Kevin Harvick (2011 and 2013), Kasey Kahne (2012) and Jimmie Johnson (2014). Speaking of the six-time champion, amongst active drivers at Charlotte he holds statistical leads in wins (7), top 5s (13), top 10s (17 – equal with Matt Kenseth) and laps led (1,735). Joey Logano, meanwhile holds the record of best average finish at Charlotte (9.6), making him a trendy fantasy league pick. Given his morale-boosting victory this past Saturday evening he’d be an excellent choice to lead your roster.

And finally this week, a quick word on the Indy 500 and in particular the pole-winning driver and one of Canada’s favorite sons – James Hinchcliffe who runs for the Schmidt Peterson Motorsports team. This time a year ago, Hinch sustained a serious practice accident at Indianapolis Motor Speedway that saw him nearly lose his life. Hinch, whose thigh puncture could have proven fatal without the quick work of INDYCAR’s medical team sat out the rest of the 2015 season recuperating from his injuries.

“I’m super happy for Hinch, he’s one of my really good friends,” noted 2012 IndyCar champion Ryan Hunter-Reay. “He was sitting in his hospital bed a year ago, then I was there with him at his first Road America test. I couldn’t believe how quickly right away he was back into it. That just shows the courage he has and how resilient you have to be.”

Well said, RHR. Well said. Good luck this weekend to Hinch and all the other brave souls that will hurtle around the two-and-a-half-mile speedway Sunday for 500 of the toughest miles in racing.