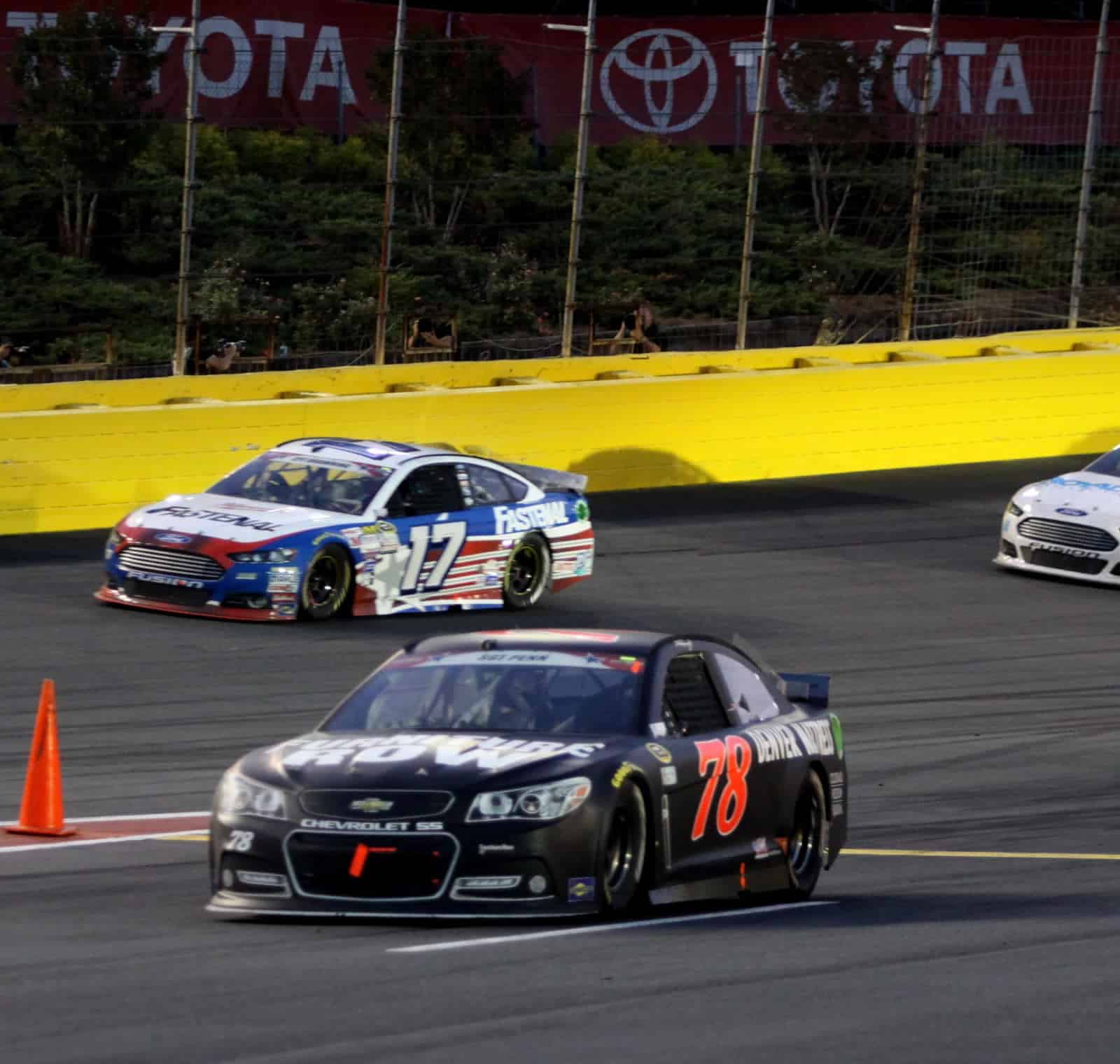 With the possibility of thunderstorms once again hitting the 1.5-mile speedway, the race could be to the halfway point at Lap 200/400. However, if the rain holds off, NASCAR is expecting to keep the momentum from the Sprint Showdown and All-Star Race, which featured two wild finishes in the Showdown and a great battle for the win in the main event of the weekend.

The low-downforce aero package has spiced things up this year, creating several exciting finish amidst television ratings that have either declined or remain mediocre. But after a streak of two strong races at Dover and then All-Star weekend, NASCAR has momentum on its side.

This year, there have been seven different winners through 12 races. None of the winning drivers have been underdogs. None have come out of no where to drive their racecar into Victory Lane, having confetti and beer thrown at them.

However, there are still many major names that have yet to earn a win this year, and one in the sport’s longest event could be one that is career-defining.

Q: There are a lot of Cup Series drivers that haven’t won their first race yet. Who do you think can get a win first?

Will it be possible to do so in the Coca-Cola 600? – Pattie L. Memphis

A: Statistically speaking, it is very rare for someone to get their first win in the Coca-Cola 600. How low is the probability?

Well, only six drivers in the 55-year history of NASCAR’s longest event have won their first Cup Series race in the 600, which equates to a mere 11 percent of the time.

David Pearson was the first driver to earn his first win in the 600-mile contest, earning his victory in 1961. For 33 years, no driver won their first race in what used to be known as the World 600. But that changed when eventual four-time champion Jeff Gordon took home the checkered flag in May 1994, leading 16 laps en route to victory.

Seven years later, Casey Mears earned an improbable victory, taking home his lone Sprint Cup trophy during a race that banked on fuel mileage. In 2009, former competitor now dirt racer David Reutimann won his first race for the now-defunct Michael Waltrip Racing in the fourth Coca-Cola 600 to be shortened due to rain.

While the chances are slim, as we have seen this year, anything can happen. History shows that not only could a driver win their first race during the Coca-Cola 600, but their final one as well.

Joe Lee Johnson won his second and final race of his career in the inaugural 600-miler, which took place in 1960. It was also the site of Marvin Panch’s final victory in 1966.

Last season, NASCAR’s premier series had zero first-time winners. The lone driver to win an event that failed to do so the year prior was Martin Truex, Jr., who took home a win at Pocono.

NASCAR’s last first-time winner was former open-wheel racer AJ Allmendinger, who took his single-car effort out of the JTG-Daugherty Racing shop to Victory Lane at Watkins Glen in 2014. The win remains the only triumph for the organization and Allmendinger, who still competes full-time at the Cup level.

Earlier that season, Aric Almirola brought the No. 43 car back to Victory Lane. He earned the car number its first win since John Andretti won at Martinsville in 1999. The unexpected victory came in a rain-shortened Daytona race in July, when Almirola positioned himself in the right place at the right time to get his first win.

There are 16 drivers on this weekend’s entry list that are still searching for their first career win. Of those 14, only five or six have a realistic shot at competing for a victory week-in and week-out.

Former Sunoco Rookie of the Year winners Ricky Stenhouse, Jr. (2013) and Kyle Larson (2014) remain winless. Former IndyCar Series standout Danica Patrick has failed to win a NASCAR race since making her debut in 2012. 2013 XFINITY Series champion Austin Dillon has not reached Victory Lane in the Cup Series yet. Neither have rookies Ryan Blaney and Chase Elliott.

While chances are not in their favor, there is still a possibility that one of these drivers can turn a solid run into a trip to the winner’s circle come Sunday evening.

Larson appears to have momentum on his side, given he competed for a victory in the All-Star Race (even though the teams used a possible areo package for next year). Coming off a runner-up finish at Dover, his ability to run the high line is propelling him to the front of the field. While he has an average finish of 21.4 in five starts at Charlotte, there is a positive vibe surrounding the No. 42 camp.

In the midst of a breakthrough season, Dillon is closing in on his first career win. With three top fives and six top 10s through 12 races, he already has surpassed career-highs in both categories. The No. 3 team has an average finish of 13th in four Charlotte races, the best of the four drivers with listed above, including a seventh-place finish last October.

When it comes down to the final run of the race, clean air — no matter how little of downforce the current package has — will be the biggest key. If one of these drivers can get out front for the final restart of the night, a victory could be near. The right strategy call can come a long way.

If it happened for Mears and Reutimann, there is no reason why it cannot occur this Sunday amidst the excitement of NASCAR’s low-downforce package.

While it will be difficult to maintain pace with the sport’s veterans during the longest race, a young driver must remember that with patience and perseverance, anything is possible.