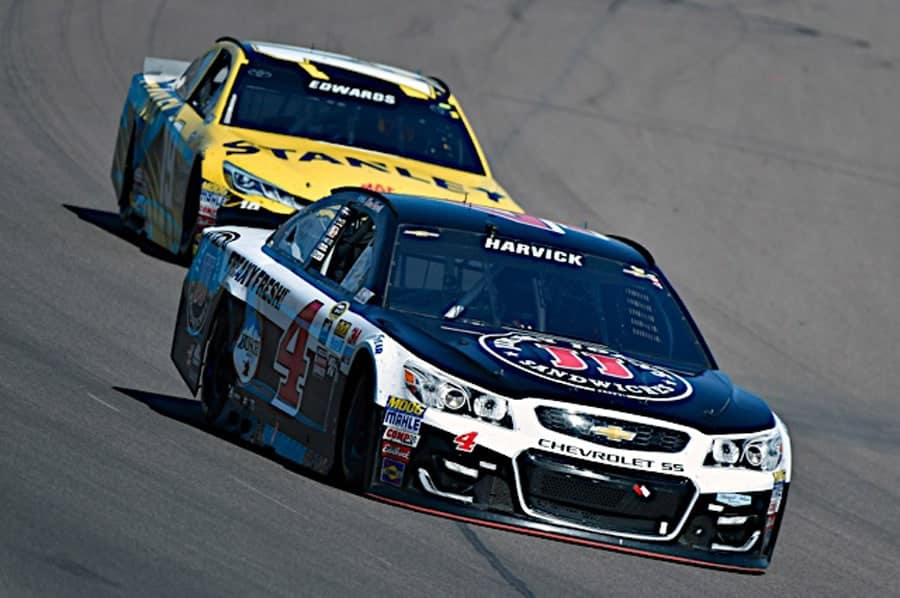 With a Formula 1 race in Monaco and IndyCar’s biggest event of the year in the Indianapolis 500 taking place this weekend, you know NASCAR has to do things a little bit bigger in order to vie for the attention of motorsports fans across the country.

Luckily, NASCAR is able to achieve just that each Memorial Day weekend with the running of the Coca-Cola 600, the longest race of each Sprint Cup Series season, at Charlotte Motor Speedway.

While the majority of Cup races contested throughout the 36-race season are either 400 or 500 miles in length, the Coca-Cola 600 adds an extra 100 miles — or, in the case of Charlotte, 66 laps — to make it one of the most grueling events of the season, a 400-lap showdown sometimes run as a companion to the Indy 500 earlier in the day — the double, as it’s referred to, a 1,100-mile feat rarely accomplished.

Even without an attempt at both races in one day, 600 miles — or, here, 400 laps — is an impressive feat nonetheless. It’s even more striking when a given driver is not only able to compete in all 400 laps — or more, should the race go into a green-white-checkered finish — but also do so many years in a row.

In fact, since the 2010s began, only two drivers have not only been running at the finish of each Coca-Cola 600, they’ve also remained on the lead lap at every one.

That feat belongs to Kevin Harvick and Carl Edwards, both former winners of the race. Edwards most recently emerged victorious in the 2015 running, while Harvick drove into Victory Lane in 2011 and 2013 — the former actually going slightly longer than 600 miles even, with 402 laps contested in all due to a green-white-checkered finish.

Meanwhile, two additional drivers have run an average of 400 laps in those six races, which simply means both have run two laps less than what has been contested. Fellow former Coca-Cola 600 winner Kasey Kahne, who took the checkered flag in 2012, only lost laps in 2011 and 2014, each time finishing one lap down. Then there’s Denny Hamlin, here only because he ended 2014 two laps behind the leader. Give a kinda-sorta shoutout to Elliott Sadler as well; he’s got a 400-lap average, though that’s merely because he happened to finish on the lead lap during his lone 600 in the 2010s, contested in 2010.

A slew of drivers — 11 in total — possess averages in the 399-lap range, four of which have run every race since 2010: Matt Kenseth, Joey Logano (both 399.8), Clint Bowyer, Tony Stewart (both 399.67) and Martin Truex, Jr. (399). Regan Smith, David Reutimann, Jeff Burton, Chase Elliott, Austin Dillon and Sam Hornish, Jr. rank among the others, having run anywhere between one and four races since 2010.

On the other side of the spectrum, the driver with the worst average who’s run all six Coca-Cola 600s since 2010 is Michael McDowell at 190.3 (less than 50 percent of each race), though his amount is a bit misleading, as in some of those races McDowell was a start-and-park entrant. The next driver up is David Gilliland, who in this case did at least attempt to run each of them (even though, of course, he won’t in 2016). His average? 340.67.

Others with slightly lower averages still racing this season include Landon Cassill (350.2), Jamie McMurray (362.2; blame a less-than-stellar showing in the 2011 race, mainly) and, interestingly enough, Kyle Busch, who comes in at a 366.8 average despite being having four lead-lap finishes in that six-race span, owing his misfortune to a minus-58 in 2011 and then a finish 143 laps down in 2014.