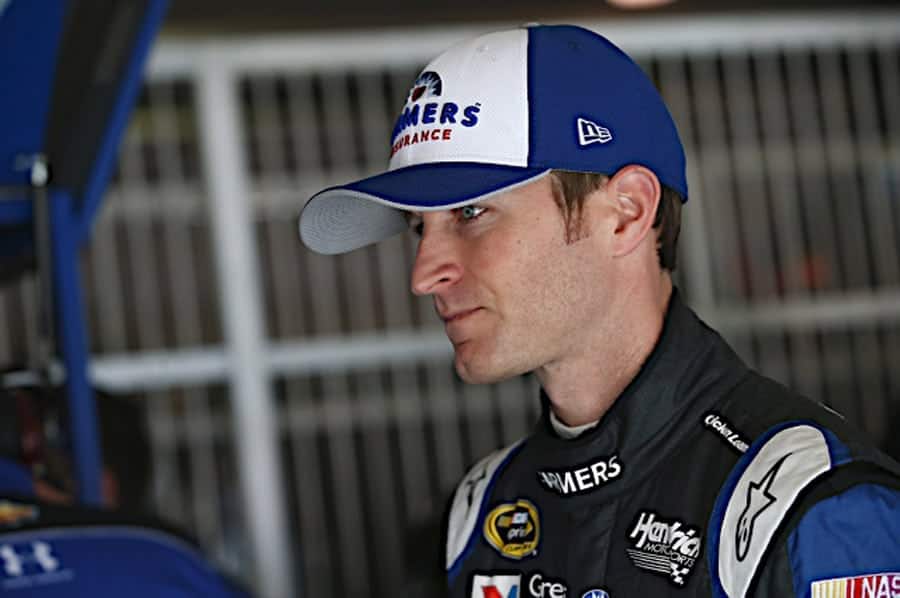 RFR has left little doubt they’re turning things around in 2016; why not continue that in Sunday’s Coca-Cola 600?  Once one of NASCAR’s biggest power players, RFR has fallen from grace in recent years and the last couple of seasons have been defined by struggle.  It makes this team’s turnaround in recent weeks all the more dramatic and is being led by Trevor Bayne (including a classic win in the first Sprint Showdown segment last week) and Ricky Stenhouse, Jr.  Bayne’s average finish is more than seven positions better than 2015 and Stenhouse’s average is up by six.  While veteran Greg Biffle hasn’t enjoyed the same success, the team feels that surge is coming along with RFR rookie development driver Chris Buescher. Buescher is off to a rocky start at Front Row Motorsports, an organization that is benefitting from a stronger alliance with RFR but many expect him to improve significantly in the season’s second half.

It’s clear RFR has taken that step out of the rabbit hole. What they need now is wins—it’s hard to say they’re back without one.  The Coca-Cola 600 hasn’t seen a large number of first-time winners in its 57-year history, but it has seen a handful, most of whom went on to win titles.  A good step in the right direction Sunday would be if a couple of the RFR drivers avoided trouble and at least contended for the trophy.  The turnaround isn’t quite complete, but the organization can take some big steps this week.

A bit like RFR, RCR has struggled recently to regain former glory.  They have plenty of talent, particularly in Austin Dillon and Ryan Newman and a consistent veteran in Paul Menard.  The team also has seen improvement through satellite organizations, particularly Furniture Row Racing, which contended for the 2015 title running RCR equipment before making a manufacturer swap for this year.  In 2016, AJ Allmendinger and JTG Daugherty Racing are Chase contenders in RCR equipment; the team shares information with a couple of others as well.

The team is certainly capable of winning.  Earnhardt-Childress power has long been among the best in the garage.  The best hope this week is third-year driver Dillon, who’s shown some muscle in 2016, including a second-place finish in Saturday’s XFINITY Series race at Charlotte.  Dillon looks close to his breakout win, and Sunday’s stage would be a good one to take the iconic No. 3 back to Victory Lane.

Face it, Kahne just needs some good runs.  He hasn’t won a race since September of 2014 and has just five top 5s since then.  He has only four top 10s this season, but does carry a little momentum from Dover, where he finished fourth.  Kahne also has Charlotte history on his side. CMS is easily his best track, with four of Kahne’s 17 career Sprint Cup wins coming there. Three of those were in the Coca-Cola 600 and a win Sunday would secure a bid in a Chase where he sits squarely on the bubble.

Stewart has 48 career victories, second only to Jimmie Johnson among active drivers, but one race he does not have on his resume is the Coca-Cola 600.  Stewart has come close—he’s the only driver to post top-10 finishes in both the Indianapolis 500 and the Coca-Cola 600 on the same day. With retirement pending, 2016 is Stewart’s last chance to claim the trophy of one of NASCAR’s marquee events.  Stewart’s struggles in recent years, marred by injuries and a fatal sprint car crash in which he was involved, are well documented, but his success is also on record, and what better stage for a last hurrah than Charlotte on Memorial Day weekend?

BOWLES: Big Names Who Have Fallen Short In The Coca-Cola 600

Larson’s victory is coming.  He’s winning fans in recent weeks with his aggressive—but not over the line—racing up front at Dover, in the Sprint Showdown and All-Star Race and in Saturday’s Hisense 4K 300 at Charlotte. Larson has pulled every ounce his cars have to offer, often crossing the line just far enough to end his chances, but he has also raced his competitors with the utmost respect, choosing not to use his bumper to take a win despite having the opportunity to do so more than once.  It’s not going to be long before Larson keeps his car gathered in just enough to make the winning move, but he does need to find Victory Lane soon.  Larson, in his third season on the Cup circuit has been close to wins for most of his Cup career… it’s time to seal the deal.