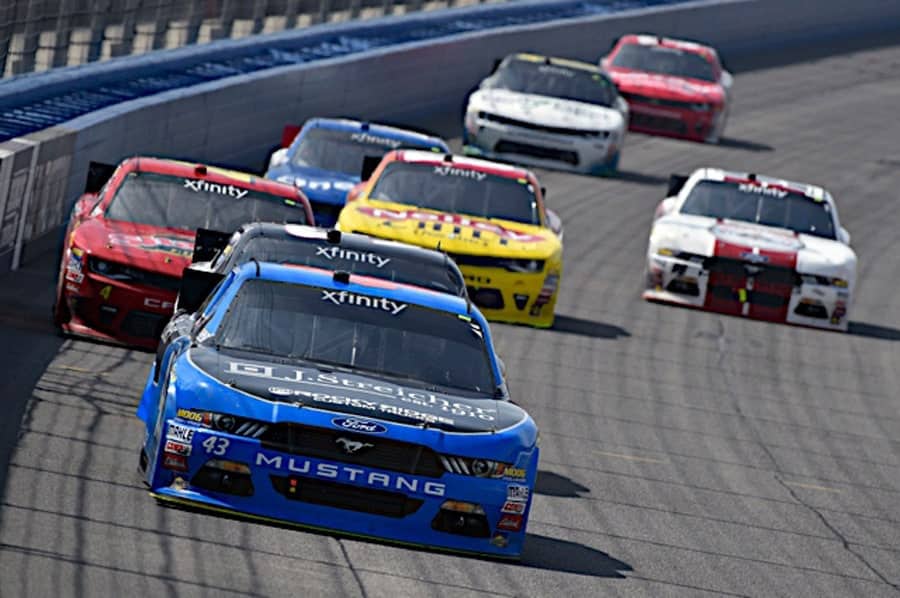 The XFINITY Series will make history this weekend as the series heads to Pocono Raceway for the inaugural Pocono Green 250.

There are 40 cars entered, meaning all will make the show on Saturday.

Paul Menard will be behind the wheel of the No. 2 car for Richard Childress Racing. He has 18 career Sprint Cup starts at the track, with his best finish of ninth coming in June 2012.

Kyle Busch returns to the XFINITY Series this weekend for Joe Gibbs Racing in the No. 18 NOS Energy Drink Toyota. He is winless in the Sprint Cup Series at Pocono but captured the Truck Series victory last August. He has four series wins in 2016, with the last coming in April at Texas.

Alex Bowman will pilot the No. 88 Advanced Auto Parts Chevrolet for JR Motorsports again this weekend. In his first start of the season at Dover, he finished third.

The XFINITY Series cars will hit the track for the first time on Thursday for two practices, the first starting at 2 p.m. and the second at 4 p.m. (all times ET). They will practice twice again on Friday, the first session beginning at 12:30 p.m. and final practice taking place at 3 p.m. Saturday will feature qualifying at 9 a.m. followed by the race at 1 p.m. on FOX.