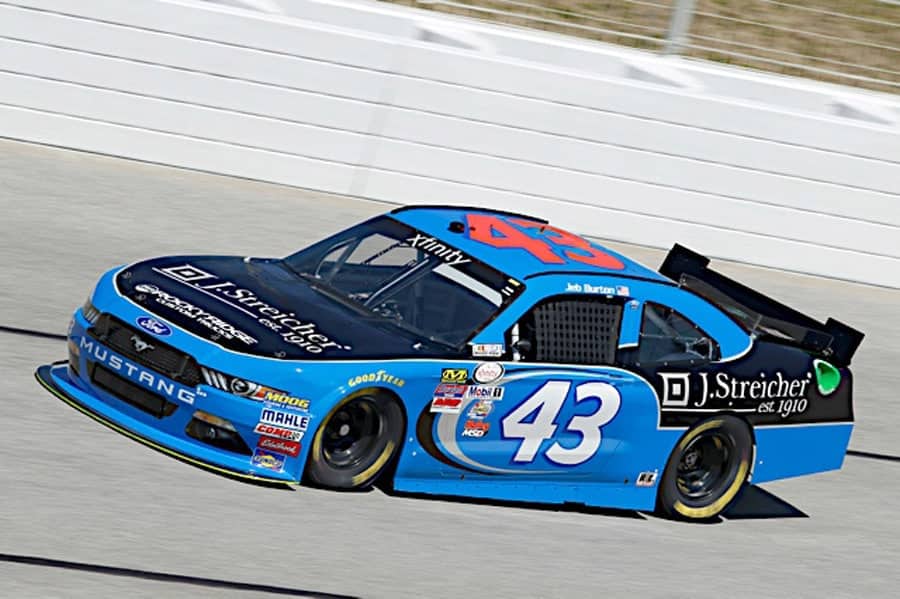 Richard Petty Motorsports, which fields the No. 43 Ford Mustang in the XFINITY Series with Burton as its driver, announced it was suspending NXS operations on Wednesday.

The decision was made after primary sponsor J. Streicher reportedly missed payments to the team. One of the oldest financial services firms on the New York Stock Exchange, the company, founded in 1910 was new to NASCAR as a sponsor and specializes in securities, according to their website that can run with a market cap of up to $100 billion. But despite the potential financial wherewithal money has not made its way down to Burton’s No. 43, forcing the closure.

RPM CEO Brian Moffitt called the situation unfortunate. “We make commitments to both our employees and vendors that are based on sponsor commitments, and we take those commitments seriously,” he said. “We will pursue every avenue to ensure the contractual obligations between RPM and our sponsor are met. We’ll take each week as it comes and do our best to get the No. 43 Ford Mustang on track as much as possible this season.”

Burton and the team will reportedly still work together if sponsorship can be found for the No. 43 this season.

Burton is currently 11th in NXS points and holds one of the 12 Chase-qualifying spots for the playoffs. He has posted a 17.5 average finish through 11 races with a best result of 10th at Atlanta.

While the news isn’t good for Burton, he did pick up a ride in the Sprint Cup Series for this weekend’s race at Pocono. He will drive the No. 32 GO FAS Racing Ford, which has been driven by multiple drivers this season.

In 28 prior Sprint Cup races, Burton has a best finish of 27th at Martinsville in the fall of 2015. He averaged a 34th-place finish at Pocono in the Cup Series last season.

I just googled J.Streicher and tried to figure out what they do. To quote my rocket propulsion prof when discussing orbital mechanics, “This sh!t gives me a headache”.

Guess who’s going to cause a caution at the end of the Pocono race and give a Hendrick car a last chance for the win? Brian is celebrating with an adult beverage.

I was about to say no one will be crying about the lack of cautions this week.

One thing you can take to the bank: Richard isn’t about to spend a dime of his own. Never has, never will.