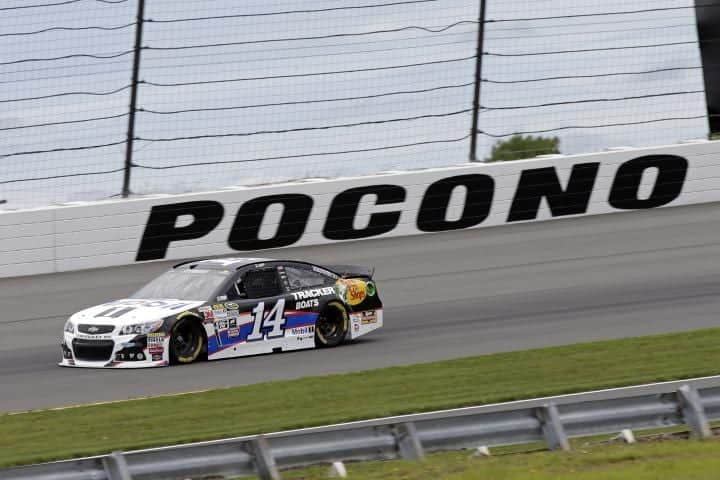 Who’s the Next First-Time IndyCar Winner?

Hot off the 100th Indianapolis 500 Sunday, the Verizon IndyCar Series hopes to continue its momentum as it approaches the Chevy Dual in Detroit, a two-day racing swing that includes a pair of 70-lap races held Saturday and Sunday.

Certainly, no driver boasts more momentum heading in than Alexander Rossi, a rookie who took his maiden win on fumes in the 500. Having NAPA Auto Parts back on board for Detroit, we will see the first installment of the post-500 Rossi and if his small team can build on that success.

If there is any street circuit that chalks up a different type of winner, similar to Rossi’s Indy 500 surprise it would be Belle Isle. Looking at last year’s events, Carlos Munoz pulled a surprise victory when rain ended the event 23 laps short. The second race saw Sebastien Bourdais grab a victory for KV Racing Technology, surely one of the underdog success stories of the 2015 season.

Detroit has been a popular place for those winless drivers to end their string. The late Justin Wilson earned his first IndyCar win here in 2008, while current point leader Simon Pagenaud did the same in 2013. Add Munoz’s win, and a third of the track’s history has included a first-time winner.

The next driver on the list? Mikhail Aleshin. Paul Tracy calls him the Crazy Russian, as he holds that nutty level of want-to when he goes for overtakes. I call him the next first-time winner after a strong top-5 finish to start the year, and a 2015 season behind him that saw only one start all year.

Finishing second at the circuit of Houston a couple years ago, Aleshin – though crashing out of the race – is also coming off momentum after qualifying a stellar seventh in Indy.

Who Can Break Into the Toyota Party in Pocono?

Yeah, yeah, everybody is talking about them. They have won seven of the last eight Sprint Cup races, seven of the last 10 XFINITY races and will go for a fifth consecutive Camping World Truck win next week at Texas. It’s Toyota time.

However, Toyota winning at Pocono became new territory just last year when Matt Kenseth slipped by a coasting Kyle Busch to take the trophy. That win was the first for Toyota at the Tricky Triangle since 2012, when Joey Logano won for Joe Gibbs Racing.

To put it in perspective, that was only the second Cup win for the then-22-year-old Logano.

Breaking a run of six consecutive Pocono wins for Chevrolet – five of which for Hendrick Motorsports – Toyota’s main concern for another trophy will have to come from Kevin Harvick, who still searches for his first Pocono win despite 30 starts.

Though he only has seven top 5s and 52 laps led here, Harvick’s pace at the 2.5-miler still holds strong. With back-to-back second-place finishes in 2014 and ’15, the No. 4 Chevrolet blew a motor while leading in the August event last year, pushing him back to a career-low 42nd spot.

Similar to Martin Truex, Jr., the 2014 champion has shown endless supplies of early speed before having an issue, losing track position or simply falling off when the time comes. Now that Truex has ended his bad run of luck, Harvick, naturally, should be the next to join in on the fun.

What Aspect of Pocono Will Be Most Tough on XFINITY Field?

There is only one first, and for the XFINITY Series field, Saturday will spell a new opportunity to make history as the second-tier series makes its debut at Pocono Raceway.

When it comes to the drivers making their overall Pocono debut in the Pocono Green 250, there are two similarities that can be of assistance: The three road course races for the XFINITY Series and the fairly new event at Indianapolis.

As Pocono’s second turn will tell you, this place has a slice of Indy characteristics that could play some advantage to those who have seen the Brickyard. If that doesn’t do the trick, the fact that this series has more road courses on the schedule than Sprint Cup or Trucks should give the newbies the feel of variation, something with which Pocono is covered.

Jimmie Johnson said that skills required of a road course “need to be in your bag” at Pocono. Dale Earnhardt, Jr. made the comparison by pointing out the three different corners, saying, “That’s very similar to road course racing. One [turn] is going to be great and then the others, you’ve got to sort of deal with some problems or some small issues.”

Along with difficulties of the track, seven drivers will also run the Cup race on Sunday. The group of men is led by Kyle Busch, who will look for a seventh straight top-2 finish in XFINITY competition.

But one guy who may be more of a threat against the field of series regulars could be Joey Logano. The obvious talent swept the weekend at the road course of Watkins Glen International last summer and was fighting Kyle Busch for the Cup win last year at Pocono before fuel became the factor.

Coming up short of the win at Charlotte last week, Logano and the No. 22 Team Penske crew will have a strong opportunity to get back into the winning ways, becoming the next top threat in the XFINITY Series.

More than most tracks on the circuit, Pocono has had run-ins with safety. Fencing, SAFER barriers, pit road entrances, you name it. In 2010, some of the most terrifying accidents took place on the circuit’s backstretch. The first was Kasey Kahne, who flew and struck a tree on the opposite side of the concrete wall, collecting 10 cars total on the race’s final lap.

Before then, Elliott Sadler hit a raw angle of steel wall on the backstretch, which tore the whole engine out of the No. 19 racecar. That came one day after Ron Hornaday, Jr. hit the same inside wall. Pocono finally put in straight SAFER barriers along with complete fencing in time for the 2011 season.

Fortunately, the track recently made improvements once again ahead of this weekend’s action after two drivers crashed into pit road in the most recent weekend last August.

Extending the pit wall 100 feet down toward turn 3, more than 6,000 feet of SAFER barriers were installed with an additional 5,100 covering all outside walls and straightaways scheduled by 2017.

Looking back to Richard Petty’s 1980 crash, the 1989 crash for Greg Sacks, the 2003 flip for Ken Schrader or the 2006 hit for Jeff Gordon, you realize how brutal this place has been since its first race. And coming off the fatal crash of Justin Wilson less than 10 months ago, it is a must for Pocono to make strides anywhere it can.

With more and more steps in the right direction for the one of the most dangerous tracks in the sport, we all look forward to a safe race and a positive move forward.

Let us all commend Pocono for all the safety improvements.

But I need to say to the writer of the article that as horrible as it was the Justin .Wilson death was not the fault of the Pocono speedway. It just came across to me in the article that Pocono ‘ s ” lack of safety” measures attributed to Justin ‘ s death. The track could of had all the safety features in place and still not have stopped the fatality because of debris from another car falling out of the sky.

Another thing the track has done is pave over many of the grassy areas. Over the years, the grass has been as responsible for many of the spectacular crashes at Pocono.
There is still too much grass at many of the larger tracks, especially along the front stretch. At a minimum it can unnecessarily ruin a driver’s day if a splitter gets torn up in wet grass. Worse, it can turn a benign spin into something more dangerous. I still fret the day that a car shooting through the grass goes straight into pit road during pit stops at the tracks where there is not a wall separating pit road from the track.