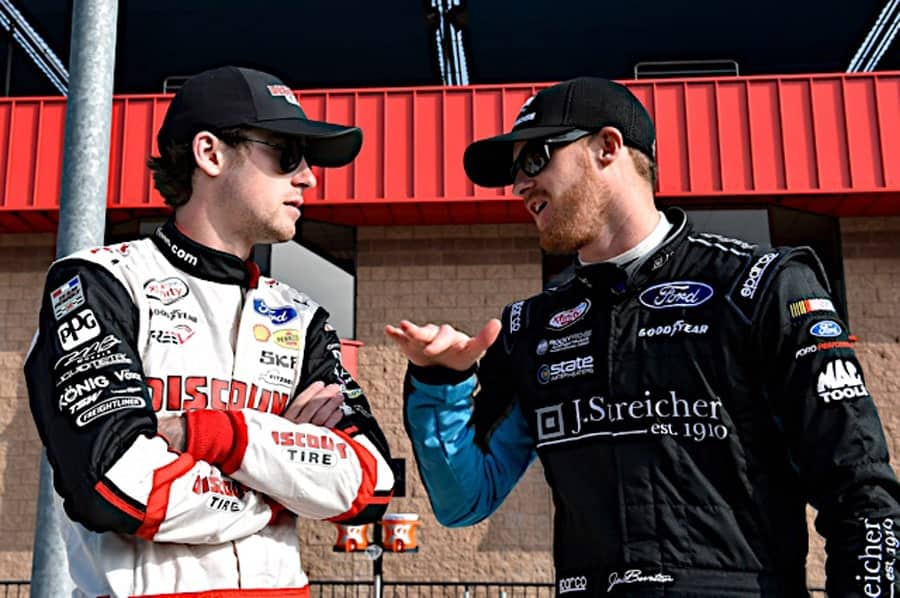 We’re back for season two of Off the Wall With… and we’ve got five brand-new, off-track questions for your favorite racing personalities!  This week, NASCAR XFINITY Series & Sprint Cup driver Jeb Burton takes his turn in the hot seat. While Burton’s full-time XFINITY ride is on hold with Richard Petty Motorsports, a sponsorship issue announced earlier this week he’s found a temporary home at Pocono with the No. 32 Go FAS Racing Ford. Burton will start the Cup race Sunday and then go week-to-week as a driver for hire based on funding and opportunities.

Jeb Burton: My first race car was a late model stock and it was No. 27. It wasn’t my favorite number, but my dad [Ward] ran the No. 27 XFINITY car one time and I just got it from that.

Burton: Probably having studs out of the hub come out on the car and give it a hell of a vibration at Pocono last year. That was pretty crazy.

Burton: I think it was Jason Aldean, five years ago. When I was younger, that’s what I listened to.

Burton: Probably shooting water balloons at somebody with a water balloon launcher one time. It was on some of my family.

Burton: That I didn’t do my homework, but only a couple times.