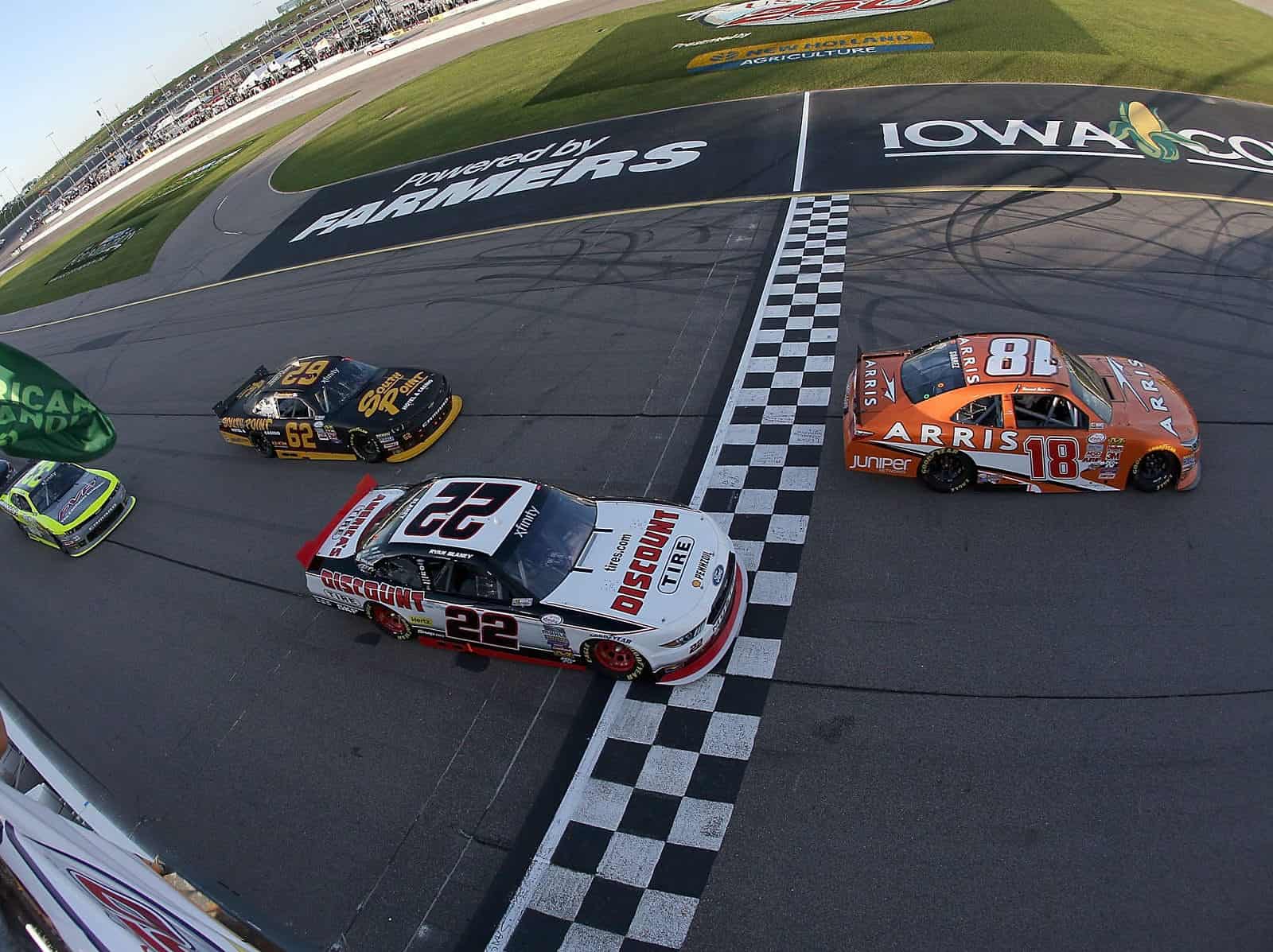 There was a time in NASCAR when a standalone race in the XFINITY or Camping World Truck series wasn’t an oddity in the sport. Back then, there was a healthy split between race weekends where the lower series joined the Sprint Cup Series at the same track and those when either series might race elsewhere for a day, maybe even a track that the upper echelon didn’t visit.

Those days are mostly past, with the XFINITY Series, for instance, down to just five weekends a year where the second-tier series runs by itself.

All the more reason to enjoy these while we have them, especially since it doesn’t seem like we’ll be gaining some more anytime soon.

This weekend, both lower-tier national series visit Iowa Speedway, one of the few tracks on the national schedule not featured as part of the Cup circuit. The Truck Series will race on Saturday evening, while the XFINITY Series follows with a rare Sunday event.

The first Iowa race is always an interesting one to watch because it’s the first time all season that the XFINITY program finds itself racing sans the Cup Series. That often makes for some interesting entries, either via new teams entirely or simply with new drivers in spots generally occupied by Cup interlopers.

Not that that’s totally the case this weekend. With the Cup Series at an off-week, the XFINITY entry list has a higher-up among its ranks: Brad Keselowski, who will pilot Team Penske’s No. 22, as he often has in 2016.

But otherwise, there are plenty of new names. In fact, four drivers will attempt to make their series debuts this season after attempting races in one of the other three national series.

First there’s Ben Kennedy, the Truck Series regular who will make a one-off start with Richard Childress Racing and its No. 2 team for his series debut. Kennedy, a descendant of the France lineage that started NASCAR, has driven every race in the Truck Series this season, splitting time between Red Horse Racing and, more recently, GMS Racing.

Tyler Young plans to move up from the Truck circuit as well, though he’s appeared in the XFINITY Series before, running a single race last season at Kentucky Speedway, finishing 28th. He usually runs his family-owned No. 02 in the third-tier series, though as of press time, he is not entered, with Derek Scott, Jr. taking the seat.

Then there are the Decker sisters. Claire Decker and Paige Decker, who competed in the Truck Series race at Martinsville Speedway earlier this season, will move up and attempt their XFINITY debuts, both driving for Obaika Racing. The former will drive a No. 77 that has not yet seen the track this season, while the latter pilots the No. 97 that has been around for every race so far with a variety of drivers. They’ll look to be the first sister duo to make an XFINITY race since Amber and Angela Cope.

But on to the new guys.

Barring any entry list changes — which are always possible in these series especially — five different drivers will attempt their first starts of the season in any of NASCAR’s national series. For three, it’ll be an attempt at a series debut, while two others are familiar faces who simply hadn’t shown up yet in 2016.

Starting with the total newcomers, Derek Scott, Jr., mentioned briefly previously, will drive Young’s Motorsports’ No. 02 in the Truck event on Saturday. Scott, 16 years old, comes out of Franklin, Texas, and has a formidable go-karting career in addition to a handful of Pro Late Model starts. He’s virtually guaranteed a starting spot given the No. 02’s 13th-place position in owner points heading into Iowa.

Casey Smith also plans a Truck debut. A native of Texas like Scott, Smith has a solid Super Late Model career at his arsenal, winning the Southern Super Series championship last year. The 30-year-old will drive for SS-Green Light Racing and its No. 07 operation.

Meanwhile, Donnie Levister and his Faith Motorsports team actually showed up to Martinsville earlier this season before learning their No. 62 was not legal to compete. Returning at Iowa, Levister and co. take over Mike Harmon’s No. 74 for the race, bumping them up higher in owner points than they would be otherwise.

The other season debut in the Truck Series belongs to Jake Griffin, who may be a familiar name to anyone who followed the series last season. Griffin, 17, managed two starts, both for MB Motorsports, snagging a 26th and a 27th at Martinsville and Iowa, respectively. He also attempted Eldora Speedway in Mike Affarano’s No. 03 but didn’t make it out of the heat race stage despite turning some fast laps in practice. He’ll reunite with MB Motorsports and its No. 63 this weekend.

Finally, hey, Sam Hornish, Jr., remember him? The former full-time Cup competitor, who lost his ride with Richard Petty Motorsports at the end of the 2015 season in favor of Brian Scott, makes his NASCAR return a little earlier than expected; he was originally slated to drive RCR’s No. 2 in two XFINITY races later this season. Instead, he fills in for Matt Tifft at Joe Gibbs Racing’s No. 18 this weekend in the XFINITY race after Tifft was sidelined with back issues. Remember, Hornish won Iowa a few years ago. In Joe Gibbs Racing equipment. Just in case you forgot.