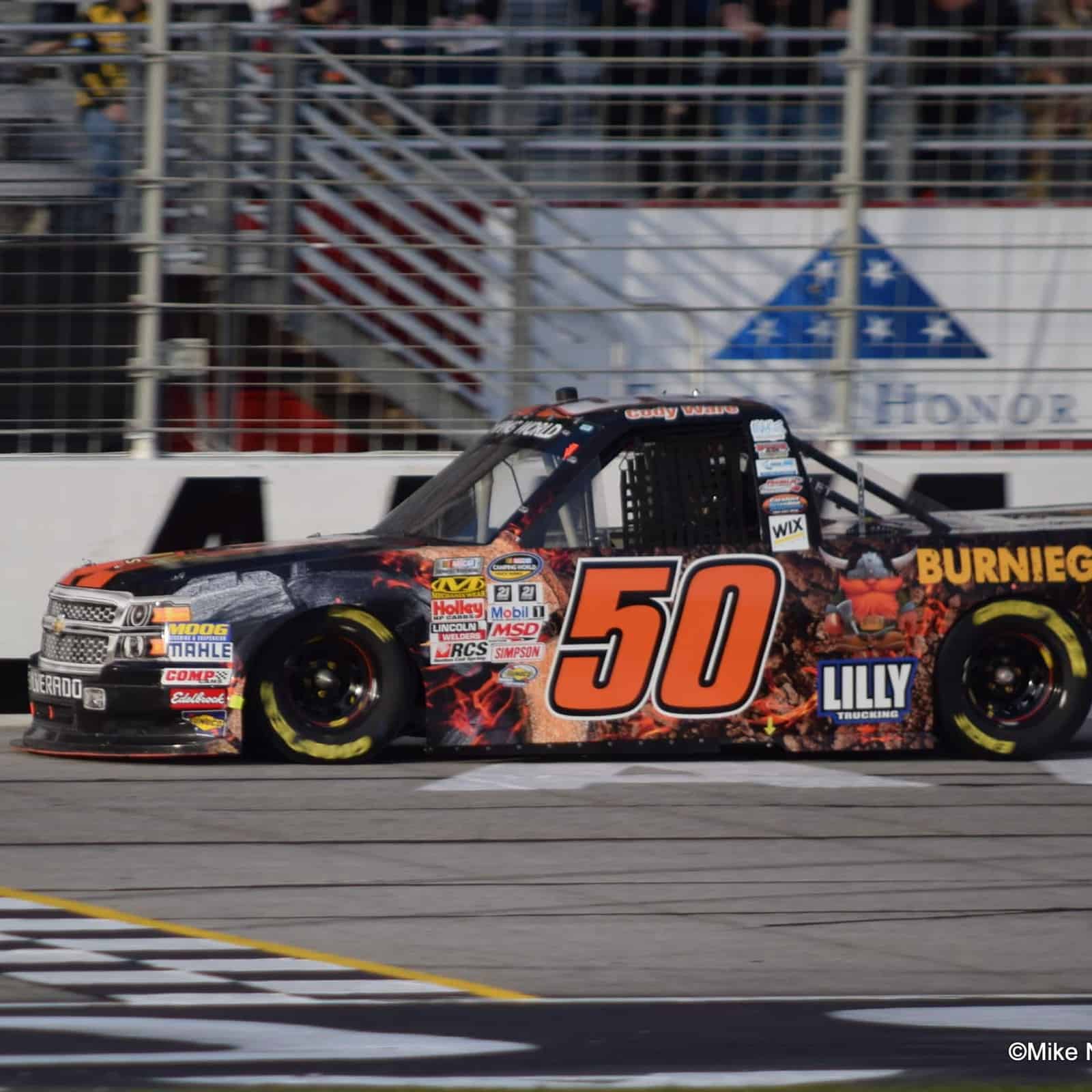 Ware will pilot the No. 55 Chevrolet sponsored by Carport Empire, taking over the ride that is usually occupied by either Reed Sorenson or the team’s lead driver, Cole Whitt.

In recent years, Ware has spent time in the NASCAR XFINITY Series, racing for father Rick, as well as competing in the TUDOR United SportCar Championship Series, where he has two wins in the Lamborghini Super Trofeo division.

“I think one of the biggest things I had going for me was not only had I made a start in the XFINITY side in road racing, but I also have a background in road racing on the GT side,” Ware told Frontstretch in an exclusive interview. “I think a lot of the road racing experience definitely helps my name especially when people were drawing names for road courses like Sonoma and Watkins Glen.”

Currently, the partnership with Premium is a one-race deal, with future races dependent on the outcome of the Sonoma race. The road course veteran has had help from former Cup Series drivers Andy Lally and Scott Speed in preparation for the event.

Ware credits this race as a learning curve to see where he is at in his young career.

“I believe being in my kind of environment, Sonoma is a road course that is pretty technical, so the stock cars will definitely play to my advantage,” Ware said. “It will put me ahead of some of the other guys that are learning.”

Ware has competed in five XFINITY Series races in 2016 for his father and BJ McLeod Motorsports. The North Carolina native has a best start of 35th at Las Vegas and a best finish of 31st in Fontana in late March. Throughout his career, he has 14 career NASCAR starts, 11 of them coming in the XFINITY Series and three in the Camping World Truck Series, where he has a best result of 27th, twice at Martinsville and Talladega.

Typically, you don’t see a driver with such little experience make it up to NASCAR’s top level so quickly. But Ware says there’s a method to the madness.

Through the rest of the season, Ware has three more XFINITY races confirmed. He will run at Iowa, a short track event held the last weekend of July, along with the road courses that follow: Watkins Glen and Mid-Ohio. The latter is where Ware made his XFINITY Series debut, coming home a career-best 15th at the Midwestern track.

As for Ware’s move to the Cup Series, a race he’ll need to qualify on speed for, Ware doesn’t have to look far to find a role model.

“My dad has been by far my number one supporter,” Ware said. “He’s helped me out more than I’ve helped myself out. Coming from a guy who has been a driver and tried to do the driver owning thing, he understands a lot of the pressure and successes of trying to make it in this industry.  He’s not only my father but my best friend and a mentor. He’s definitely been a major part of everything that’s been going on.”

Heading into Northern California, Premium Motorsports is trying to get the wheel turned and attract sponsors. Whitt has qualified for all but two races this season, with the exception of the Daytona 500 and Richmond. In the No. 98 machine, he has a best finish of 18th at Talladega. However, at Pocono and Michigan, he swapped rides with Sorenson, putting Whitt in the No. 55 car.

Michael Waltrip also raced for the team at Talladega, where he drove the No. 55 machine to a 12th-place finish — Premium Motorsports’ best of the year.