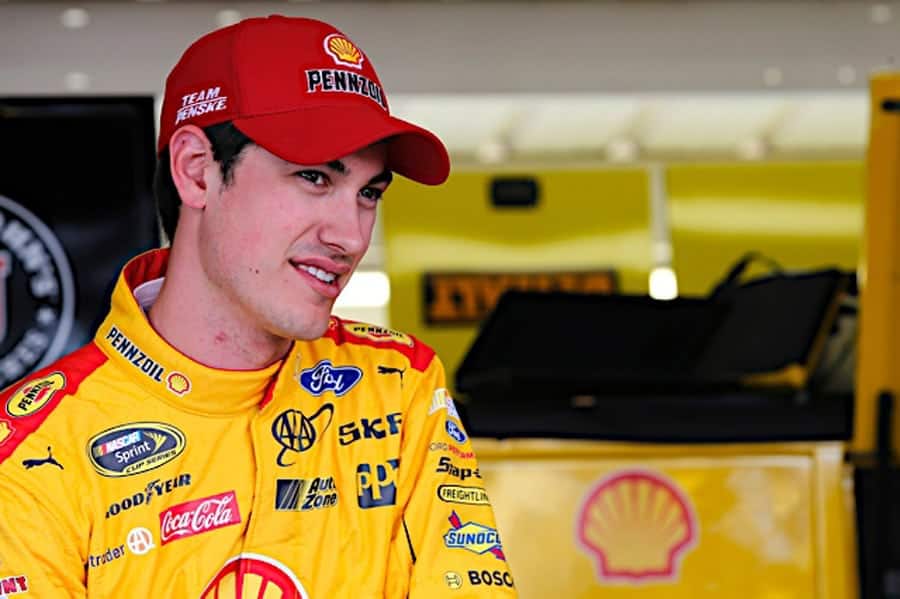 After the off-week for Sprint Cup, it’s back at it this weekend at Sonoma Raceway in picturesque wine country (more on that below). In total, we have 11 races to go before the Chase and ten race winners to date, so there’s still plenty of time for those on the outside looking in to make it to the playoffs. In addition, with the two road courses and the summer Daytona race still on the schedule, not to mention the Bristol night race and Richmond, there are a number of wild card tracks that could well shake up the standings. We could even see more than 16 winners (making a misnomer of the “win and you’re in” deal), but realistically speaking we probably won’t hit that high a number for race winners prior to the 2016 playoffs. But we may very well see some unlikely names spring to the forefront in some of these more variable races. In short, then, it’s all to race for in the upcoming weeks and months.

Joey Logano’s 15th Sprint Cup victory at Michigan International Speedway was a big win for the Team Penske racer for more reasons than one. First and most obviously, the win “locks” Logano into the Chase alongside teammate Brad Keselowski but more importantly, perhaps, it was Logano’s first win since the whole Matt Kenseth kerfuffle last fall at Martinsville. Logano, remember, had swept stage two of the playoffs winning at Kansas Speedway, Charlotte Motor Speedway and Talladega Superspeedway and looked to all intents and purposes to be the driver to beat for the title. Then came Martinsville and the associated brouhaha and from there it was downhill fast for Logano. The win at Michigan, then, couldn’t have been more timely. “We’ve been knocking on the door for a win all season,” said Logano in the post race press conference. “It’s nice to get this win and lock ourselves into the Chase. … Having a perfect weekend like this, starting on the pole, being able to have good pit stops and staying in the top two the whole race, it says a lot about this whole team.” The morale boosting victory takes the pressure off for Logano; so don’t be surprised to see him win a few more before the playoffs begin – not least when we return to Michigan in late August.

And whilst I’m on the topics of big wins, how about Sam Hornish, Jr. cruising to victory in the Xfinity Series race at Iowa Speedway? Hornish, who hadn’t been in a car for some 210 days, was only called on Monday of race week to substitute for the injured Matt Tifft. By the time the checkered flag waved, Hornish had led a dominating 183 of 250 laps on the way to his fourth victory in 111 second echelon races. “I can’t tell you what this means to me,” said an emotional Hornish in the post race interview. “I worked so hard to try to get a win when I had my kids here. Gotta thank God. He makes things happen. I was so nervous on Friday getting into the car thinking I’m going to make a mistake, and man, to go out there and win the way that we did. Just can’t say anything more about it.” Now I realize that Joe Gibbs Racing cars have been dominant at the NXS level this year (winning nine of 14 to date) but this is still a very impressive effort from the man from the brilliantly named town of Defiance, Ohio. Hornish, now 36, may well not get a full time ride again but if his cameos continue like this, who knows. Great stuff, Sam, well deserved!

Next up for the Cup Series, as mentioned above, it’s beautiful Sonoma Raceway, the first of the two road courses on the regular season schedule. For me, this is a special race as since our move west two and a half years ago, Sonoma is now my home track — just a 20-minute drive from where we live. As you might expect, I’m all amped up on Mountain Dew for this one. Ironically, Sonoma was a race I always loved (perhaps in part due to growing up watching Formula One) and it’s even more so the case now it’s my home track. This will be Cup race number 28 at Sonoma, a streak that stretches back to 1989 and the inaugural event won by the irrepressible Ricky Rudd. Kyle Busch won this race last year, on the way to his first Cup championship, and he will definitely be one of the contenders this time round. If you like to travel to races, make sure you pencil in Sonoma for a race either this weekend or in the future. It’s a wonderful setting nestled in the middle of wine country and the crowd is both large and knowledgeable. God willing rain won’t be a problem either this weekend.

And finally this week, a quick note on Save Mart, who celebrates a quarter century of sponsorship with Sonoma Raceway: one of the most enduring sponsorships in all of NASCAR. Save Mart Supermarkets were title sponsor of the Sprint Cup race from 1992-1997 before switching to co-title sponsor since 1998. The local supermarket chain employs nearly 16,000 staff members and operates some 205 stores under various different banners and activates at what is essentially their home track in beautiful Sonoma County. This weekend’s Toyota/Save Mart 350 is then just another chapter in Save Mart’s long and rich history with this track. And in a world of uncertain times sponsor wise for NASCAR, it’s great to celebrate the longevity of this partnership.