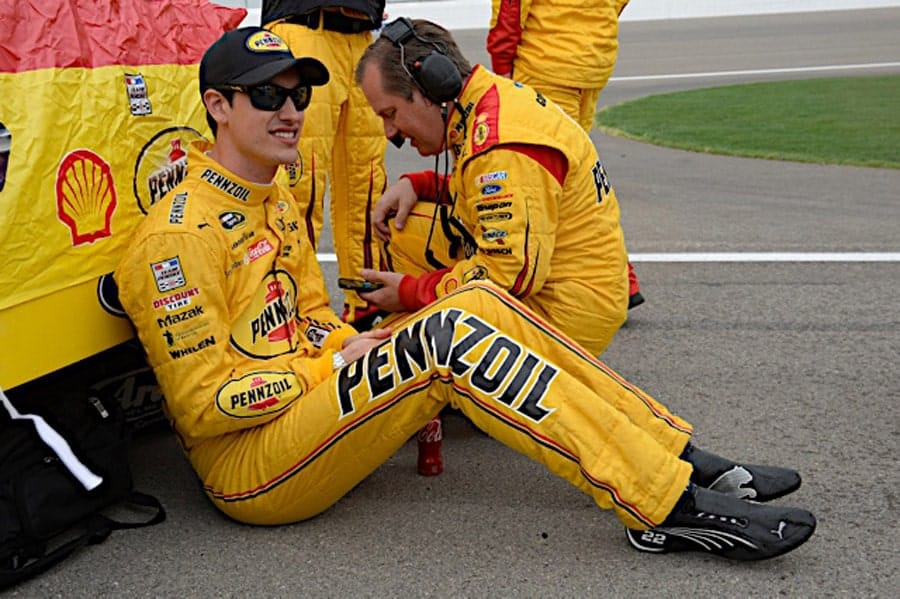 Social media has rapidly become a go-to for all things, racing included.  Fans can interact with their favorite drivers and broadcasters and often see a different side of people that doesn’t come across on television.  Here are just a few of the fabulous racing-related Twitter feeds fans can follow to get a glimpse inside the world of racing and the heads of the people in it.  A few of them might surprise you in their honesty and humor.  And speaking of Twitter, don’t forget to follow along with me (@Writer_Amy)!

Editors’ Note: You can follow the entire Frontstretch staff by clicking here!

Think you know Six-Time?  Think he’s mild as milquetoast?  You might want to think again.  Johnson, who’s unfailingly polite and well-spoken on camera, shows a different side of himself on his feed, sharing his personal life but also trading sarcastic barbs with fans who get on his nerves.  From sending a middle finger emoji to the haters to having some fun with his friends, Johnson is much more himself on his page than he often is on television, where the airtime belongs to his sponsors.

Come on now, don't blame the dog… Everyone does it. https://t.co/ZAXYHc7SKb

Cassill is outgoing, engaging and pretty all-around hilarious.  And he likes his car number—a lot.

Don't be sad @BubbaWallace we still love your beard too pic.twitter.com/szykj9JIJ3

Got racing questions?  DeLana chats with fans almost every Sunday before the Cup races.  Her posts range from serious to far from it, and she’s not afraid to speak her mind on anything from racing to parenting Keelan.

Stay humble and kind… It's doesn't cost a dime to be kind! ? https://t.co/kbwepWbQSl

Stewart is… Stewart. And probably a little bit crazy. He’s not always a prolific poster, but it’s worth it when he does.  You never know what you’ll get—but it’s always entertaining.

On my way to JD Byrider on Shadeland Ave in Indy. Got a little crazy working on the ranch before I left? pic.twitter.com/8DV4f7lE8P

I'm urging all of you that support me and defend me on here to not let it idiots get to you. They love the attention. Must need a hug ?

Not everyone can say they have a legit pig in a blanket #Porkchop pic.twitter.com/9ZmYv6im0v

16-time NHRA Funny Car Champion John Force is one of those people who just says whatever’s on his mind—even if it doesn’t always make a lot of sense.  And he Tweets just like he talks.  No, really… How he fits that many thoughts into 140 characters is beyond me.

Leaving only got better Ducks crossing street Backed up traffic for two blocks I saved them Robert said I was nuts pic.twitter.com/I8RE71eFRo

Brit your cat had 2 eyes before bed only 1 this morning. Hight said turn him around. Not funny. Twitter needs more words or it's over for me