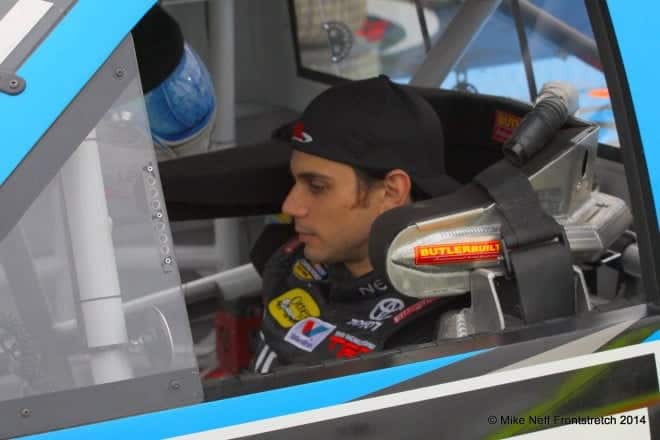 The Camping World Truck Series will be in action again this weekend as it heads to Gateway Motorsports Park for the Drivin for Linemen 200.

There are 34 trucks entered as of Wednesday, meaning two will go home and not compete on Saturday night, barring any entry list changes.

German Quiroga will be back behind the wheel for Red Horse Racing this weekend as he attempts to make his third start of the season. In his only career start at Gateway in 2014, he finished second.

Kaz Grala will attempt to make his fourth start of the season on Saturday night. His best result this season came at Dover when he finished 10th.

Justin Haley will attempt to compete for the second time in 2016 at Gateway. In his first start this season at Martinsville, he finished 26th after being involved in a crash.

After not attempting the last two races, Ryan Truex is entered in the Drivin for Linemen 200 for Hattori Racing Enterprises. He has three top-10 finishes this season, including a runner-up result at Daytona International Speedway.

The trucks will pack their action into one day this weekend with two practice sessions on Saturday morning, the first 9:30 a.m. followed by final practice at 11:30 a.m. (all times ET). Qualifying will take place at 5:45 p.m. followed by the race at 8:30 p.m. on FOX Sports 1.