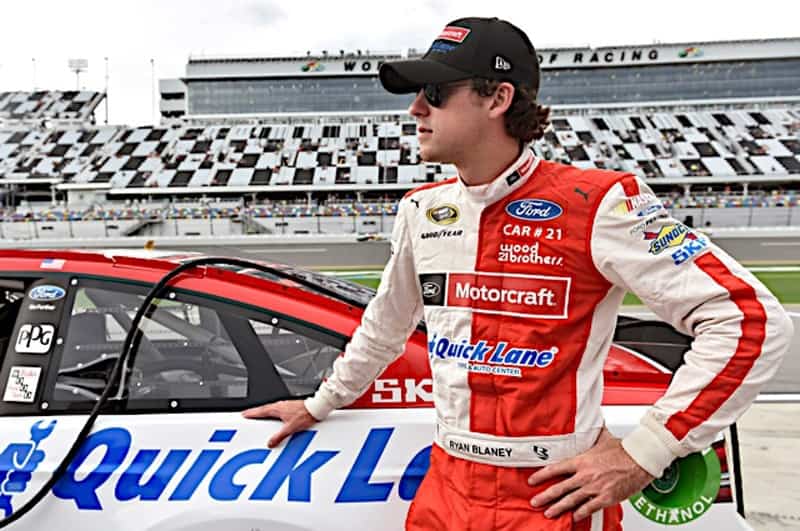 The list is just as talented as it is long. Kyle Busch, Brad Keselowski, Kyle Larson, Joey Logano, Chase Elliott, Ryan Blaney, Erik Jones… we could go on for awhile. All of these drivers are age 32 or younger, have yet to reach the prime of their NASCAR career and are expected to carry the torch when it comes to enticing a brand new group of fans to pay attention to a sport in transition.

Or have they already taken it?

Everyone looks for that signature moment in a sport when the next generation has taken control. In NASCAR, looking back the transitions have been clear: Dale Earnhardt winning two straight titles in 1986-87 while veterans like Cale Yarborough, Benny Parsons and even Richard Petty edged toward retirement. A decade later, in 1995, Jeff Gordon won a championship at age 24 and Earnhardt was suddenly knocked off his summit, a mountain he’d never completely climb back up. Next, in 2006, a young Jimmie Johnson won his first of five straight titles and… you get the picture.

In those situations, we have the benefit of hindsight. Which is why, however subtle it might be, in 2016 Keselowski’s Daytona victory brought focus to whether we’ll look back and say this transition is happening right now.

Just look at the current state of the sport. Kyle Busch, 31, is the reigning champion under the new Chase system and co-leads the Cup Series with three wins. Add in the XFINITY Series, Busch’s longtime summit on which to dominate, and that total rises to seven. Who’s the only other multi-time winner in that division this year? 20-year-old Erik Jones, almost certain to rise into a full-time Cup Series opportunity come 2017.

Busch shares the Cup win lead with Keselowski, 32 and already with a series championship to his name. Both trail 41-year-old Kevin Harvick in the point standings, but, as we have seen under the current format, regular season standings can (mostly) be thrown out the window when it comes to the Chase. Win and you’re in, NASCAR says, and then? Win and you move on. Otherwise, under the old format (no postseason) Harvick would have won last year’s title in a landslide with one of the more consistent, finish-near-the-front seasons in modern history.

Like it or not, NASCAR doesn’t play that way anymore. Wins are the name of the game, period, and whomever grabs those trophies more than any other driver is considered the best. So let’s take a look at who’s won the most since this new format was introduced in 2014 (age in parentheses):

As you can see, it’s Logano, the Mark Martin-anointed “king” of NASCAR’s next generation, who holds the edge. While Johnson and Harvick sit solidly within the top 5, making their case to fight back, the diversity of tracks where they’ve won is more limited. Four of Harvick’s nine wins have come at Phoenix International Raceway during this stretch; three of Johnson’s have come at TexasMotor Speedway. Compare that to, say, the duo of Keselowski and Logano, which hasn’t won at any track during this period more than twice. It’s also notable both 40-something drivers are stuck in a minor drought, neither one adding a trophy to their mantle since Auto Club Speedway in March.

Who would they be replacing? A retired Jeff Gordon along with wheelmen like Jamie McMurray, Paul Menard, Clint Bowyer and the years-long slumping Kasey Kahne, all of whom have limited resumes in recent years and sit over the age of 35.

Does that mean all the so-called old drivers in the sport get counted out? Of course not. Harvick and Johnson have made careers out of proving people wrong; both teams have the potential to get hot at anytime, peak in the fall and make mincemeat out of their opponents. But keep in mind they’re at an age where the titles stopped. Tony Stewart? His last championship came at age 40. Same for Terry Labonte. Earnhardt? Age 43. Dale Jarrett? Age 42. Darrell Waltrip, 38, Bobby Labonte, 36… you get the picture. Gordon? Right or wrong, the facts on paper state he was done by 30. (Although Gordon came quite close many times the past decade-plus, including last season on the way out the door at 44).

History, it seems, does have a way of repeating itself; it’s just a matter of when. And considering Father Time hasn’t lost yet, the second half of 2016 is rapidly developing into a tug-of-war between NASCAR’s youth movement cast against veterans trying to build on past glory. The veterans came out of the box strong, making me rethink whether this year would be the one the next generation could finally break through. Now? The young guys are making their case; it’s a toss-up right now as to which side has the edge.

Expect the 2016 Chase to tip the scales either way.