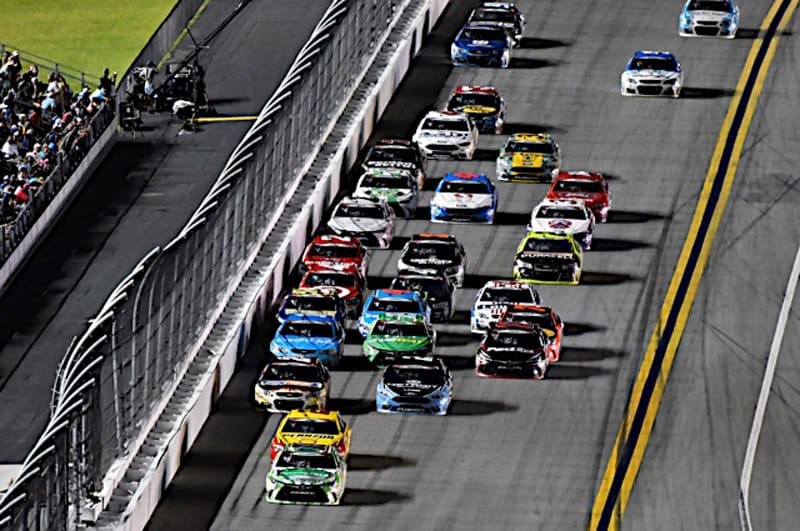 Anyone who thinks a restrictor plate race can’t be dominated need look no further than Brad Keselowski’s drubbing of the field in Saturday’s Coke Zero 400 to be proven wrong.

Driving a strong No. 2 Ford, Keselowski fended off a wealth of challengers, including brothers Kurt and Kyle Busch, to claim his first victory at Daytona International Speedway, and his second-straight restrictor plate win.

With a series-best three victories to his name, Keselowski caught the eye of our contributors and saw a substantial leap up. However, ranking the rest of the field following Saturday’s 22-car melee proved to be as difficult for us as dodging it was for the drivers.

Thankfully, Frontstretch’s experts were up for the challenge.

“Was that a Fusion or a dump truck? Bonus points for the mea culpa.” – Reid Spencer, NASCAR Wire Service
“Teammate Brad Keselowski may have more victories this year but Logano has the most (12) since the start of NASCAR’s new Chase format in 2014. Though if I were him, I’d keep at least 50 feet away from Kurt Busch at all times come Martinsville. Don’t make the same mistake twice….” – Tom Bowles, Frontstretch

“An average finish of 4.5 the last two weeks and Kentucky dead ahead – a race where Busch has won twice in five years? I’d say this little slump of his is over. Don’t forget, Jimmie Johnson went through similar ups and downs during the regular season before putting it together five straight times in NASCAR’s Chase.” – Bowles

“Kentucky would be a good place to win and fully put that bad luck streak behind him.” – Bryan Gable, Frontstretch

“Made some bold moves in the last laps and it almost paid off, but went from second to 23rd in less than 300 feet.” – McCole

“Survived the big wreck. Clobbered by a small one.” – Spencer

“Cousin Carl’s still looking to shake his summer slump after getting acquainted with the outside wall for the second-straight plate race.” – Bearden

“Took a big hit in the race and just as big a hit in the points. Two bad finishes in the last two races breaks a string of six-straight top-10 finishes. Elliott needs to shake this one of and get back on his horse if it wants to stay in the race to make the Chase.” – McCole
“He’ll have many more opportunities to get a Daytona win before he’s done.” – Gable

“Wow, it really wasn’t a good night to be driving a Bass Pro Shops car unless you were Austin Dillon.” – McCole

“WAY TO GO BY NOT FLYING THROUGH THE AIR THIS YEAR.” – @AnnoyingRaceFan
“An average finish of 14.5 through the land mines of Sonoma and Daytona? That’s just what the doctor ordered to get this fledgling Chase bid back on track.” – Bowles

Two Chevrolet drivers in their 40s – both by number, one by age – came close to making their way into the top 10 on Saturday, both both fell just short. Perhaps a trip to Sparta, Kentucky, will be enough to vault them back into the rankings.

Jimmie Johnson (21 Points) – “JJ hasn’t found Victory Lane since the West Coast Swing, but until he’s knocked out of the Chase, you just can’t rule him out.” – Bearden

Kyle Larson (20 Points) – “Within 19 points of the Chase after missing Daytona’s big one; teammate Jamie McMurray was the one that got turned to start it. Two men headed in very opposite directions these days over at Chip Ganassi Racing.” – Bowles

When has Johnson been passed at Daytona when the win was on the line?