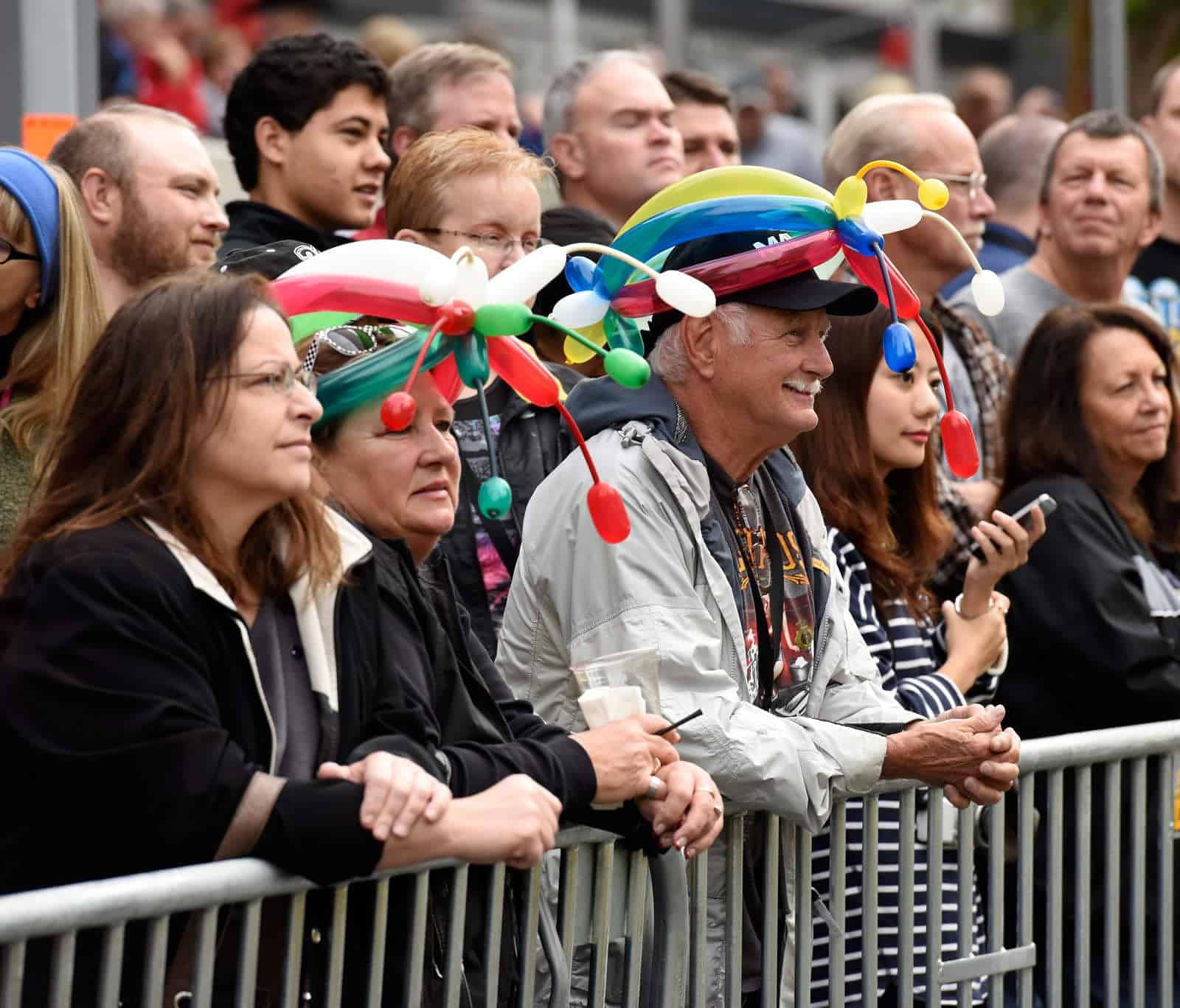 One item expected to be discussed in this week’s Drivers’ Council meeting is fan access. That’s a discussion some fans should be paying attention to, because in the end, it does affect the fan base. While NASCAR fans do have some unique access to the sport and its teams through pit and garage passes, it’s become increasingly difficult for teams and drivers to do their jobs (remember, for them, the track is their office), and that’s created some unnecessary ill will.

Teams feel like they can’t get their jobs done. On the other hand, fans feel slighted. In order to keep fan access among the best in sports, there may need to be some compromises in the future. Here are a few ideas for giving fans a chance to meet and mingle while giving the teams a little more breathing room.

1. Use that souvenir area for some appearances

The new, huge, one-stop-shopping Fanatics area has taken some getting used to. On one hand, it’s great to see every team represented, though there could be more variety. Not every team had a souvenir hauler before, so fans couldn’t get t-shirts or hats for some drivers when that was the norm either. That has changed, but the atmosphere is different.

It’s been a few years since you saw 10 or a dozen drivers signing at their trailers, but why not bring a few to the new shopping area during the weekend? It would need to be a ticketed event, so why not give those tickets to the first 100 fans to buy their drivers’ gear or give some out to fans as a prize for something that doesn’t require a purchase. Driver appearances are bound to attract people to the souvenir area, and if they’re already present, it’s likely that they will shop a little. It seems as though it would be a win-win for fans, drivers, the Fanatics tent, the track and vendors in the area.

Instead of handing fans an open-ended pass as some tracks do, perhaps it’s time to shift toward guided pit tours. If tracks and teams pooled their resources, it might mean getting those coveted autographs more easily while keeping work areas clearer and not having so many people in the same place at once. That’s what many of the teams have an issue with, and it could be avoided while still allowing fans that insider’s view. It could be an even better view with smaller crowds to navigate.

Another option would be to more strictly limit the time fans can be in the garages or pits. Perhaps clearing work areas an hour or two sooner on race day would alleviate the congestion. Again, the idea is to limit access so that teams and drivers can do their jobs, not eliminate it. Giving teams a little breathing room close to race time would help them focus.

This is something I’ve said before, and I believe it’s a key to improving the weekend experience for fans. Drivers used to be more accessible. Throughout the weekend, several of them would go to their haulers or other areas to sign items for fans and maybe chat for a moment. On any given race weekend, a dedicated fan could come away with an autograph or two – perhaps not their favorite driver, but someone they knew and liked – without having a pit pass at all.

Now, drivers are tied down to more corporate appearances, which are good for sponsors, but not so good for PR. Some drivers do the occasional Q&A, but don’t sign, which means more people can attend, which is good. But for those wanting signatures, it’s a bit of a let-down. Fans should be seeing more of the drivers during race weekends, and not necessarily in restricted areas.

In the same vein as adding more group tours in order to aid with the congestion, one more possible option is to have passes that are good for a more limited time. For instance, some passes would be good Friday, some Saturday morning, and some Sunday morning.  That way, as many or more fans could visit the pits, but not all at once. Teams would be able to have room to work, and fans would have a chance to glimpse the inner workings of the sport.

Your thoughts on this are pretty good but you did miss the mark on very critical piece of the puzzle. The behavior of the fans themselves.
I was granted a garage pass by a NASCAR sponsor for the inaugural Fall event at Texas back in 2005. I got in fairly early as the family was there and obviously a 6 year old would not be appropriate so he and the wife were out and out and keeping themselves occupied while I was having a great. time. It was extremely interesting as the teams began the preparations, and the orchestrated “dance” in finishing the cars for race day. The team members were all very gracious if asked questions by those interested but not pushy people, but as the day went on and it got closer to race time the garage really started to fill up with miscellaneous people and what I was shocked at was how disrespectful some of these people were. There were literally in the way and not moving so they could get what they were wanting. They, and again not all but a lot, had no clue what the teams needed to do, timelines, deadlines, etc. I did take a lot of pictures and talked to many of the personnel but was always out of the way and kept any interaction short so the person could be back to working if necessary. Based on my in person observations at Texas, just having fans have a better understanding and knowledge of certain guidelines would likely resolve much of this. I honestly believe that a simple questionnaire, filled out and submitted, ahead of being granted access could solve some of this as it would keep people that have no business being in the garage area from being there.