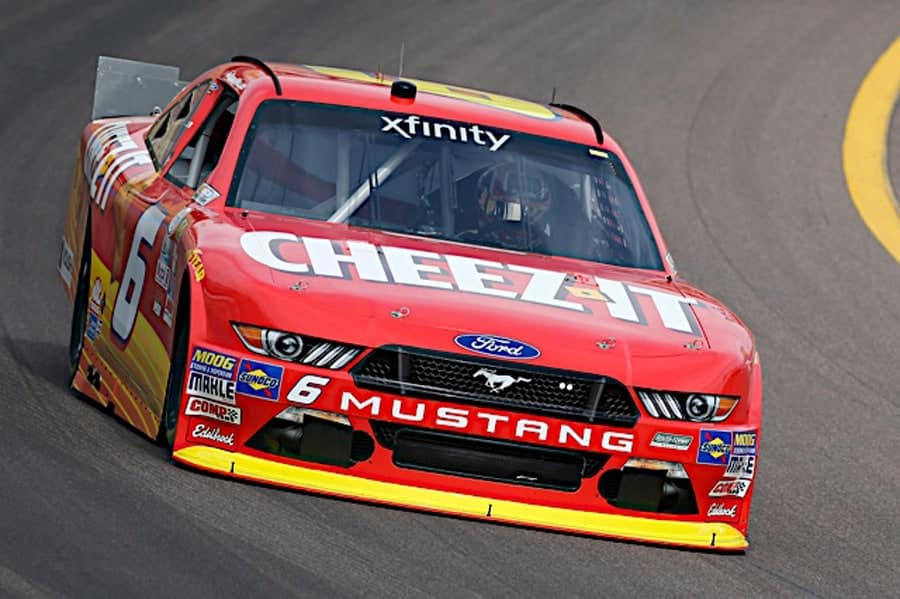 Here we go again.  On Wednesday, news broke that NASCAR had fined another driver for comments the sanctioning body saw as disparaging to the sport.  This time, it was XFINITY Series driver Darrell Wallace, Jr. who drew the ire of NASCAR following last week’s race at Daytona.  The sanctioning body fined Wallace $15,000 for a twitter post in which the driver likened NASCAR’s officials to “muppets.”

NASCAR cited Wallace’s actions as a violation of the sport’s Member Conduct rules.  Section 12.8a of the Rule Book dictates that part of a NASCAR Member’s responsibility is “correct and proper conduct, both on and off the race track.”  Additionally, Section 12.8.1.b lists offenses that can draw fines and/or probation.  Among those offenses are “Disparaging the sport and/or NASCAR’s leadership,” as well as “Verbal Abuse of a NASCAR Official, media members, fans, etc.”

Under the letter of the law, NASCAR did not overstep its authority in fining Wallace.  Bubba’s case is not exactly like Tony Stewart’s earlier this year.  Stewart received a fine on the same grounds as Wallace, but it was debatable as to whether or not Stewart was really disparaging the sport or offering a harsh criticism of the lug nut policy.  Since Wallace directed his tweet at the officials themselves, it would be difficult to argue that he did not violate the rules.

However, the penalty is part of a larger pattern that is becoming problematic for NASCAR.  In an effort to keep the image of the sport pristine, NASCAR has taken to fining or otherwise attempting to silence competitors who publicly criticize the sanctioning body’s decisions.  This approach is unwise.  Not only does NASCAR come off as looking rather thin-skinned, but the sanctioning body may also be accused of trying to remove, not solve, the image-related problem that Wallace’s tweet presents.

To understand why Wallace was so upset in the first place, it’s important to understand his role in the ending of last week’s race.  On lap 15, Wallace was on the receiving end of a bump draft gone wrong from Brennan Poole.  Wallace’s No. 6 Ford went sliding down the backstretch, triggering the first big crash of the night.  Despite the damage to his car, Wallace was able to continue, and he even found himself in the top 5 as the laps wound down.

The real trouble started under caution when NASCAR was setting up for the overtime restart.  NASCAR deemed that Wallace, who was trying to save fuel during the caution laps, did not consistently maintain pace car speed.  As a result, NASCAR ordered Wallace and Justin Allgaier to switch places before the restart (the idea being that Allagier’s pass on Wallace under caution was legal since Wallace was not moving fast enough).  Instead of restarting fourth, Wallace took the green flag from the fifth position.  On the final lap, he was caught up in another big crash, sliding across the backstretch again before slamming the inside wall.  The final incident relegated Wallace to a 20th-place finish.

To make matters worse for Wallace, NASCAR delayed throwing the caution flag until after the leaders had exited turn 4 and were racing down the frontstretch.  Allgaier wound up losing the race by inches to Aric Almirola, who appeared to be ahead at the moment of caution.  Although nothing is certain in the closing laps of restrictor plate races, it is reasonable to assume that Wallace would have had a better chance at missing the crash if he had restarted in Allgaier’s position.  So when the race was over, Wallace took to Twitter to vent his frustration, clearly referencing the odd timing of the caution when questioning the ability of the officials to react under pressure.

No doubt that Wallace was not the only one who was wondering what the officials were thinking.  At first it appeared that NASCAR was going to let the leaders race back to the start/finish line, only to abandon that plan about five seconds before Almirola or Allgaier would have reached the checkered flag.  NASCAR later said that race officials were not sure if cars were just spinning on the backstretch or if anybody had hit the wall.  Even so, the timing of the race-ending caution was not either in the best interest of safety or competition (another second’s delay would have made Allgaier the winner.)  The finish at Daytona, combined with a final lap caution at Talladega several months ago that also left fans scratching their heads, gives the impression that NASCAR does not have a consistent protocol for officiating superspeedway finishes.

This is the real problem at hand.  Fans and competitors alike need to know that NASCAR can enforce its rules consistently.  Attempting to fine Wallace into silence does not help the sport to justify its late-race decisions.

It is true that Wallace is a NASCAR member, and as such he is a representative of the sport.  And NASCAR should be allowed to protect its image – the sanctioning body cannot have influential people express whatever opinion they want and not expect any consequences to follow from the expression.

However, NASCAR’s rebuke of Wallace’s tweet could carry negative consequences as well.  Fining everyone who says something unfavorable about the sanctioning body comes off as NASCAR’s way of saying “We don’t care what your concern is,” or “We don’t want your input, we just want your agreement.” NASCAR’s endorsements and praise for the open communication fostered by the Drivers’ Council and the Race Team Alliance ring rather hollow when compared to its “no disparagement of the sport” edict.

Besides, Wallace is a man who will often provide amusing soundbites and off-the-cuff remarks. He could have said something a lot worse than “muppets.”  Sure, he could have used better judgement when airing his frustrations, but this is professional stock car racing and cooler heads will not always prevail.  NASCAR officials may not appreciate being likened to Gonzo or Fozzie Bear, but is the insult so great as to warrant $15,000 from the offender?

The truth is that NASCAR does need to rework its overtime procedures, ideally coming up with a system in which a late caution would not jeopardize a green flag finish.  That would be solving the problem, rather than trying to brush aside a driver’s concerns and pretend like a problem does not exist.  NASCAR may have an image to protect, but heavy-handed action toward competitors will do more harm than good.

Is there really anyone left who doesn’t think of NASCAR as out of touch idiots who have done their best to drive the sport into the ground?

The addition of rules designed to fine drivers for hurting Lil’ Brian’s feelings weren’t a surprise, just another sign of the head in rectum disease NASCAR has suffered from since 2001.

Does anyone remember Denny being fined for remarks about a nascar decision about cars. Now when diversity Wallace gets fined, all of a sudden something has to change. All this diversity junk is total bs and does not contribute to good racing. If you are good, you race regardless of race or color.
If a number of you dispute my opinion, just look at the ratings and empty seats. Where has diversity affected the popularity of nascar racing? Nascar has greater problems than diversity.

Writers have been b i t c h i n g about Nascar “speak your mind fines for years”. Darrell’s comments did not activate the media to protest, they always have. Give credit where due. They suck enough times elsewhere.