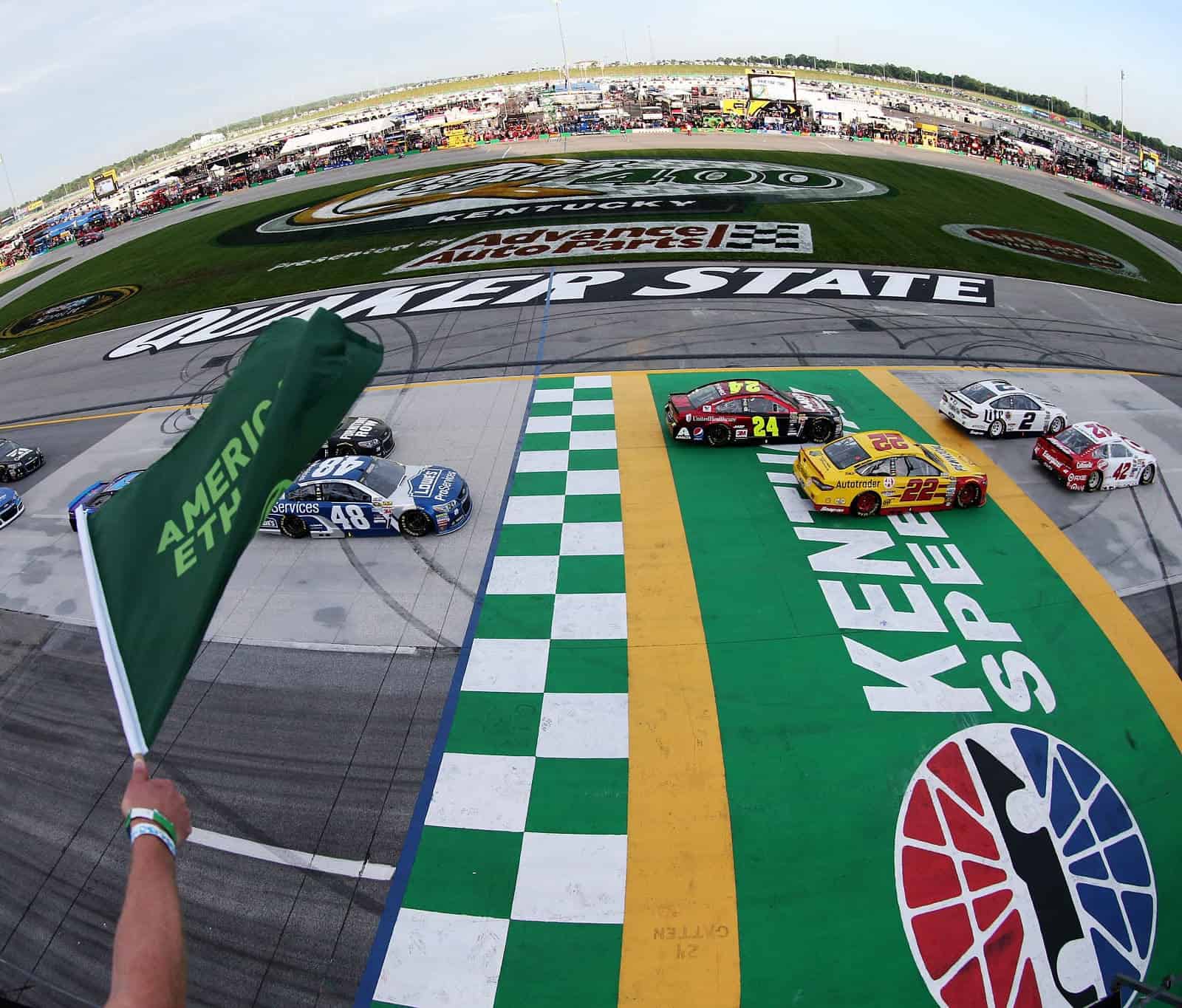 In 2011, Kentucky Speedway got what track officials had been dreaming of for a decade: a NASCAR Sprint Cup Series race.

Now it’s 2016. Five years ago, the inaugural Quaker State 400 was contested, and Saturday’s race, the 18th of the 2016 Cup season, marks the sixth in the track’s still-relatively-short history.

With its addition, Kentucky became the latest in a slew of 1.5-mile tracks to join the circuit. In fact, Kentucky joining was fairly typical of the last two decades in NASCAR’s top national series, following fellow 1.5-milers of Las Vegas Motor Speedway, Chicagoland Speedway and Kansas Speedway, as outlined in a NASCAR 101 column earlier this year.

Granted, those tracks come from a slightly different era in NASCAR racing. Not demonstrably so; after all, drivers like Tony Stewart and Kurt Busch are still around and on entry lists in the Cup Series, including the first five races of Kentucky’s Cup lifetime. But those three tracks also had the likes of Mark Martin, Rusty Wallace, Terry Labonte, Ricky Rudd — drivers who in some cases did indeed compete at Kentucky at some point in the last few years but have since retired, or were already out of the sport to begin with.

Here’s how the others’ looked.

An immediate takeaway here: certain drivers definitely had these tracks’ numbers when they kicked off their times on the Cup schedule, that’s for sure. At Kentucky it’s been Busch and Keselowski; that’s already been established. But special mention can also be paid to Kevin Harvick’s snagging of Chicagoland’s first two races and Jeff Gordon doing the same at Kansas. Jeff Burton, meanwhile, wound up winning Las Vegas’ second and third races, and Ryan Newman was victorious not at the same track but at two of the tracks in the same year — the third races ever contested at Kansas and Chicagoland, coming in 2003.

A few other drivers pop up more than one place; Gordon added a win in Las Vegas’ fourth race, while Martin was also victorious at Kansas’ fifth.

So it stands to reason that Kentucky’s not alone with regards to its current history books, which has just three drivers in the win column because of Keselowski and Busch’s early dominance. If you thought that was boring, imagine the third races in Cup history at Kansas and Chicagoland, when you were just hoping Gordon or Harvick, respectively, wouldn’t steal away another victory (unless you were a fan of theirs, of course).

Though it’s also important to note that just because you tear it up the first five years doesn’t necessarily mean the next five — or even 10 — will be as bountiful. Take Chicagoland, where of the four different winners in the first five races, only one — Stewart — ever won there again to date, emerging victorious three different times in all. The same goes for Kansas; Gordon won one more time after winning the first two races held there, but no others in that crop ever tasted victory in Kansas again. Meanwhile, no winners from Las Vegas’ first five races ever revisited Victory Lane (which can be said as an absolute, since they’re all retired).

So, hey, tired of Kentucky being the Brad and Kyle show year-in and year-out? While we can’t speak for the lower series races (aka, haha, Kyle Busch is entered in all three this weekend, sorry), history suggests we’ll leave Kentucky with a new winner at the track come Saturday night. Bring some streamers.