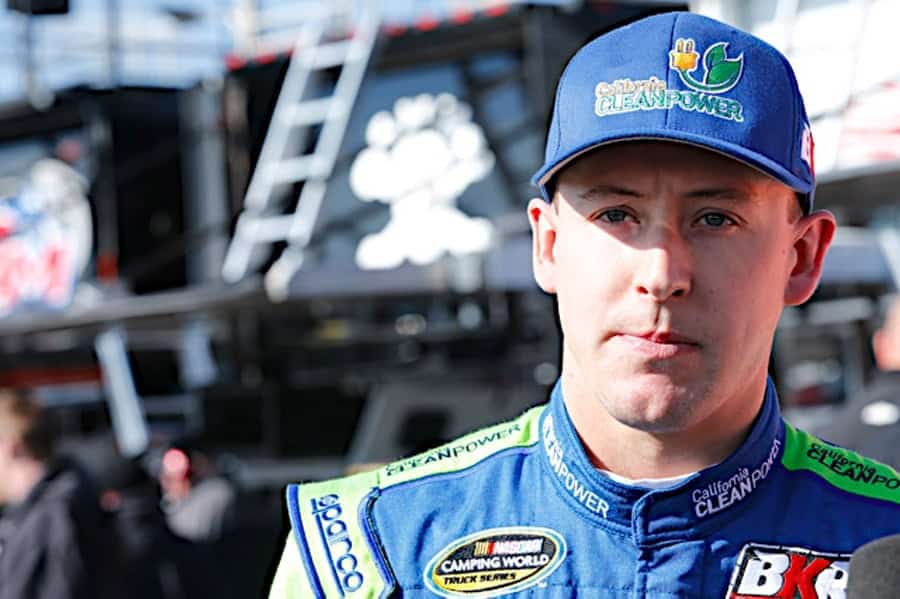 For a team owner, nothing can match the excitement of having a talented driver who can’t escape the desire to win.

For Brad Keselowski, his two-truck team in the Camping World Truck Series features two-time winner Tyler Reddick and Daniel Hemric, who is moving toward a first victory in the series.

In fact, Friday night’s Buckle Up In Your Truck 225 at Kentucky Speedway could’ve been Hemric’s night, as he raced bumper to bumper with William Byron and John Hunter Nemechek in the final laps. Though Hemric was denied the first win, Sprint Cup Series champion and car owner Keselowski knows a win is at hand any week.

“I thought he did a great job, he was right there,” Keselowski said, as he watched the final laps of Kentucky. “It just didn’t quite work out for him but we’re just knocking on the door. If you knock on the door in this sport, success will come.”

With 36 starts in his Camping World Truck Series career, a race win has seemed to slip through the fingers of the Kannapolis, North Carolina native, who made the switch to Brad Keselowski Racing for 2016.

With an adept, patient 25-year-old under his wings, Keselowski holds high praise of the driver who covers more ground that just driving fast, saying he will fit better in the Cup Series than in Trucks.

“I think the interesting thing about Daniel is that he’s one of those guys who I think will be a better Cup racer than he is a Truck racer just with his style, technique, demeanor, his enthusiasm and thoughtful approach,” Keselowski said.

“Sometimes, we look at the Truck and XFINITY Series and we compare them to maybe the collegiate-level sports. If I was to do that, I would say Daniel is one of those guys who reminds me of Tom Brady. You might not have the glorious college numbers or collegiate numbers but he’s the type of guy who has amazing potential at the Cup level.”

Tying his career-best effort of third the last two races, Keselowski gives immense credit to the quite contender of Hemric.

“Making moves that he’s making, and doing the things he’s doing, showed to me that he’s capable of being an elite-level guy at the top of the sport,” Keselowski said. “Sometimes, that doesn’t get a lot of highlights or a lot of praise in the second third tiers of this sport, but I see that in him. I’m really proud of him.”