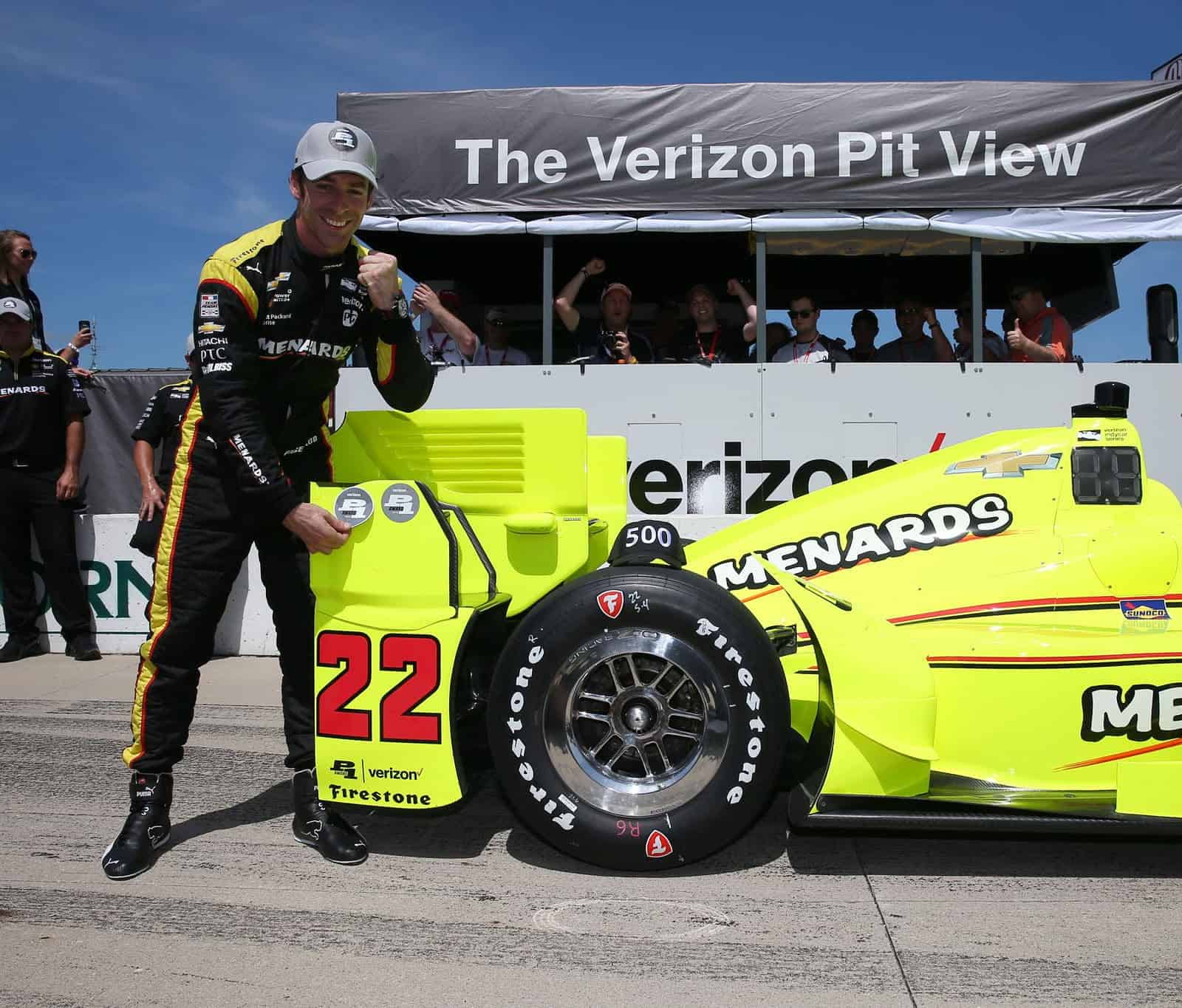 Drivers in the Verizon IndyCar Series paddock hoping to make gains on Simon Pagenaud‘s impressive points lead at Iowa Speedway will have to pass the Frenchman to make it happen.

Pagenaud’s 185.855-mph circuit around the .894-mile Newton, Iowa, oval proved fast enough to score the pole for Sunday’s Iowa Corn 300. The result is Pagenaud’s eighth-career pole, and his sixth of the 2016 season.

Pagenaud’s pole also serves as a significant landmark for Team Penske – the organization’s 500th pole award across all disciplines of motorsport.

“Five hundred, how cool is that?” Pagenaud said. “It is just qualifying – we have a lot of work to do this weekend – but it certainly puts a great stamp on the work the No. 22 team has been doing as well as the whole Penske organization.”

In all, Chevrolet will make up the top eight positions on the grid, and nine of the top 10.

Ed Carpenter Racing’s Josef Newgarden will ride alongside Pagenaud’s No. 22 Menards Team Penske Chevrolet-Dallara on the front row after a 185.639 mph lap. Helio Castroneves (185.433) will start third, with Max Chilton (185.419) and Charlie Kimball (184.489) rounding out the top five. The fourth-place start is a career-best for the rookie Chilton, besting a seventh-place start at Phoenix.

“Great job by the Ganassi guys,” said Chilton, a previous winner at Iowa in Indy Lights. “It was nice to be the fastest (of the four Ganassi drivers), no easy feat. Really happy with that and tomorrow is what counts. I hear no one’s won from pole here, so I’m obviously in the right sort of area to have a good result.”

Typically the team to beat in Iowa, Andretti Autosport struggled through Saturday’s time trials. Carlos Munoz, the top performer from the group, managed only a 15th-place performance, with Alexander Rossi, Marco Andretti and Ryan Hunter-Reay following in 17th, 19th and 20th, respectively.

The IndyCar paddock will return to the racing surface for a final practice session at 7:15 p.m. Coverage for Sunday’s Iowa Corn 300 will begin at 5:00 p.m. ET on NBCSN.