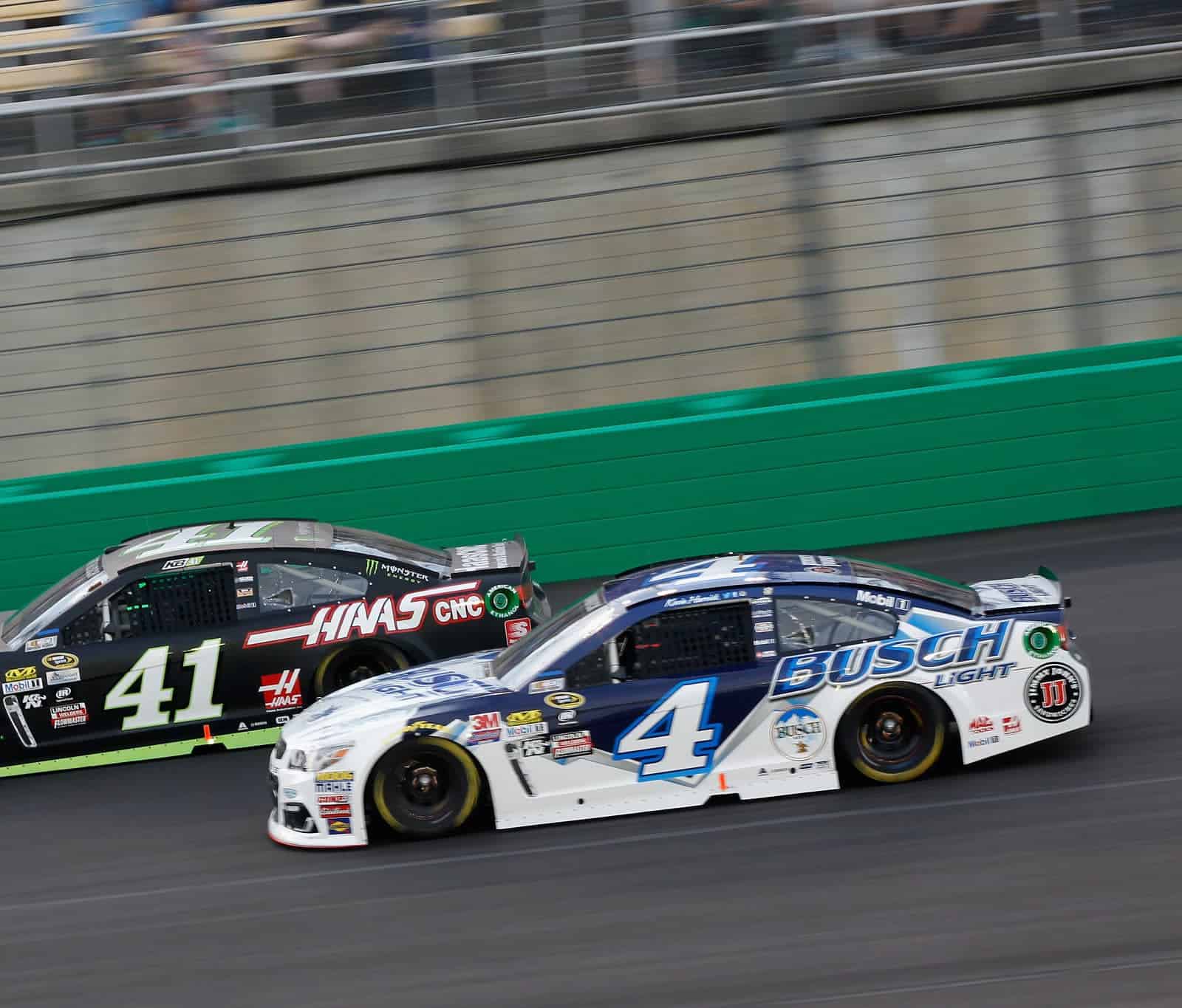 Running with a backup car and starting at the rear of the field after crashing in final practice, Kurt Busch and his Stewart-Haas Racing team had every excuse to run poorly in a race defined by track position at Kentucky Speedway. However, as they’ve done excellently for the last two years, Busch’s team fought through the adversity to land the No. 41 Monster Energy Chevrolet inside of the top five.

After starting last, Busch quickly worked his way through the field, cracking the top 30 on the repaved racetrack just before a lap 11 caution. When a competition caution flew on lap 25, Busch’s crew elected to leave the 2004 Sprint Cup Series champion on the track as the field came to pit road, giving him the lead. The 16th-year veteran faded after the decision, dropping outside of the top 20 by lap 65, but Busch’s team continued to fight.

Over the night, as strategies varied and pit stops cycled, Busch ran anywhere from the back half of the top 10 to as far back as 24th. But as the race came into its closing stages, Busch’s team played the correct fuel strategy to score the Nevada native a fourth-place result, his first-career top five at Kentucky.

“We all said this was a day that would challenge our efforts to see if we were championship worthy, and have to do it with a back-up car unfurl mileage,” Busch said. “We started this with out backs against the wall and kind of on out heels with a backup car and just handling all the way through.

With the result, the elder Busch brother also adds an impressive achievement to his resume. Busch now has a top five at every track on the Sprint Cup Series circuit.

“It is a nice feather in the cap,” Busch said. “It’s special to race for good teams over the years to give me winning cards. Top five’s are special everywhere.”

Oh, the ever put upon Kurt. Yawn.