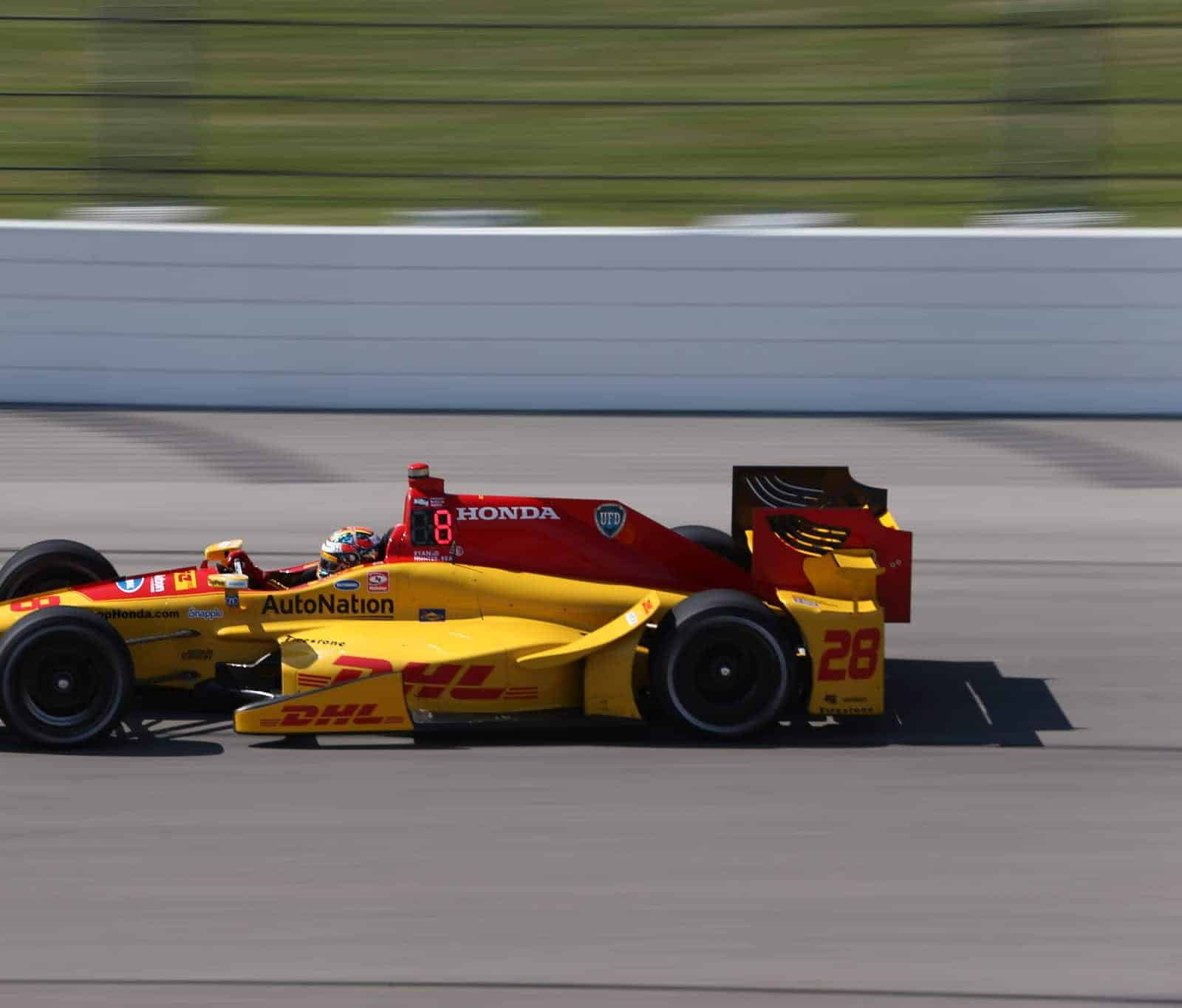 Ryan Hunter-Reay‘s hope for a third-straight victory at Iowa Speedway has gone up in smoke.

After starting 20th, Hunter-Reay was maneuvering his No. 28 DHL Andretti Autosport Honda-Dallara around the .875-mile oval on lap 110 when his machine began smoking heavily from an apparent mechanical failure. The incident prompted the Iowa Corn 300’s first yellow flag, and forced an early exit for the Andretti Autosport driver.

Should Hunter-Reay fail to return to the racing surface, the Florida native will suffer his worst performance in nine-career starts at the Newton, Iowa oval. A three-time winner at Iowa, Hunter-Reay’s worst finish at the track coming into the day was a 19th-place performance in 2009.

With Hunter-Reay out of the running, only Marco Andretti, Alexander Rossi and Carlos Munoz remain to try to give Andretti its seventh-straight Iowa victory.