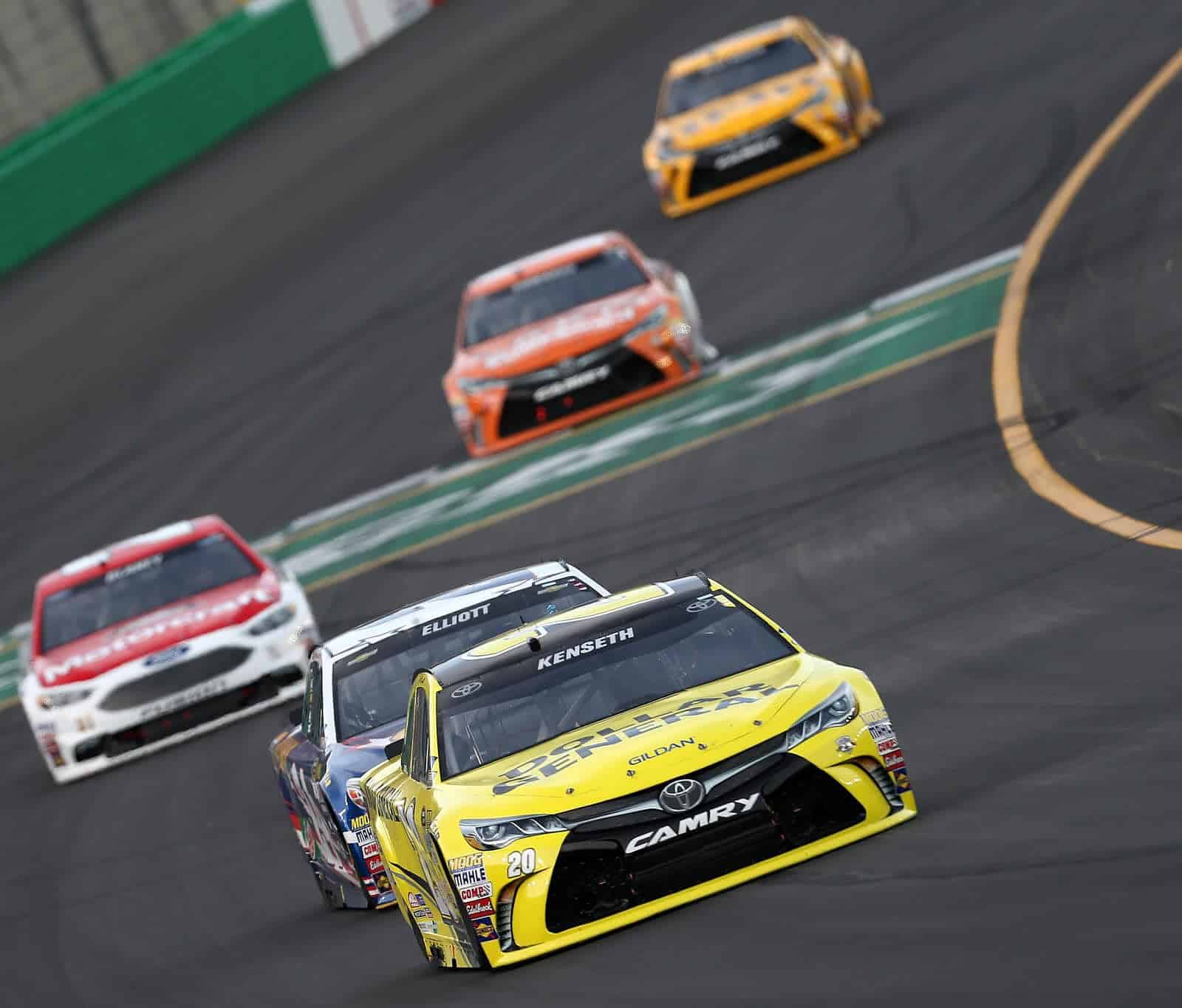 A few years ago, I received a special puzzle that when put together formed a picture from my favorite Christmas movie – A Christmas Story – as part of a family holiday party. Excited and looking for a way to relax, I started putting the puzzle together on Christmas day only to discover that, much to my chagrin, there were roughly 150 near-identical green puzzle pieces that made up the leaves of Christmas tree in the background, another 150 brown pieces that made up the wood and a final 100 flesh-colored pieces that filled young Ralphy’s cheerful face. I finished the puzzle 12 hours later, scoffed at the lost holiday and put the puzzle up, never to be seen again.

In a lot of ways, that same lost feeling I encountered when I saw the puzzle laid out before me on that Christmas holiday seemed to be present throughout the NASCAR Sprint Cup Series garage after a confusing 400 miles at Kentucky Speedway.

Returning to the track that was revolutionized by the new low-downforce package in last year’s Quaker State 400 – a race that prompted NASCAR’s move to the package for 2016 – hopes were high for another classic at the 1.5-mile Sparta, Kentucky, oval. However, save for an exciting finish, the sequel left much to be desired with passing difficulties and blistered tires.

Running on a newly-repaved and altered track, with a harder-compound tire from Goodyear as a result of scares during a June 13-14 test and a low-low downforce package ran for the second (and currently final) time after a prior race Michigan International Speedway, there were more variables than there have been in any other race in recent history for the Sprint Cup Series.

The result? An unpredictable show that left drivers uncertain of which change to discuss after the race.

The overall consensus was that the 2016 race, while interesting in its own way, failed to live up to the promise of 2015. However, which circumstances contributed to that deduction?

How much of an effect did the racing surface – the repave and reconfiguration – have on the race?

What about the tires?

Was anything gained from running the low-low downforce package?

It’s difficult to tell for sure.

This much is known for certain: While the tire change and track changes helped limit the issues, the repave, as all repaves do, led to a narrow, predominantly one-lane track and reinforced the importance of track position.

“Any time you have a repave, the track gets a lot narrower,” Keselowski said. “I think we saw that tonight.”

“You just don’t have any room and everybody holds each other really tight, and it’s just difficult,” said Brian Scott after crashing out of the race.

Goodyear’s conservative tire choice also seemed to add to the race’s struggles, as tire wear became less of a factor and allowed drivers to stay up front with two-tire stops.

“It was the hardest thing on the planet,” Tony Stewart said of the Goodyear’s tire compound. “NHL doesn’t have anything on them on a hard puck.”

“We’ve (had) issues with all of the recent repaves with the left side tire,” Dale Earnhardt, Jr. said. “It’s a little bit too hard. It hurts the racing because you just can’t get any grip, turn and go underneath nobody. You just slide that left-front all night long through the center and on exit.”

As for the low-low downforce package, opinions were split.

Keselowski praised the package, claiming it was the reason he won the race after passing Kevin Harvick on the race’s final run.

Earnhardt, on the other hand, was critical of the package at Kentucky, though he made a point to say that he wasn’t requesting more downforce to be added to the cars.

“It’s just a bad combination for the new surface and how conservative that tire is,” Dale Earnhardt, Jr. said of the package. “You couldn’t hustle the car at all – you’re just on pins and needles all the time on restarts, like, ‘Uhhhhh….’

“That sucks to race that way. You want to drive and hustle and try to get in there and beat guys. You can’t even run side-by-side. Guys run side-by-side, and it’s a second slower (per lap). What the hell? That’s awful! Got a problem, man. That’s no good.”

With so many different factors in Saturday’s race, how can NASCAR learn from the data, particularly in regard to the low-low downforce package?

There’s plenty of information for NASCAR to take away from Saturday’s Quaker State 400 – data on the tires, track and downforce package. However, it may take a long time to determine which pieces of information are actually worthwhile.

As for the combination of variables? Much like my puzzle, it may be best if they’re never seen together again.

Yeah! The left side tires must have been really terrible. That’s why there weren’t any two tire changes and everybody changed four tires during the TV time out…er COMPETITION caution.

Not only did the majority of the field not take left side tires on multiple stops throughout the night, but nearly all of them – Kevin Harvick, Brad Keselowski and others – changed only right sides during the Lap 25 competition caution.

Bedrock Concrete Tires. Sounds like the ones Johnson likes.

Goodyear made this low low df package look bad because they couldn’t make a soft tyre for it and instead brought 4 rocks. Thanks Goodyear

Before the race started I think Knaus said their main goal was to keep all 4 fenders on til the end of the race. Guess he already was concerned about Johnson dealing with hard tires. Wonder how many championships Jimmie might have if it meant racing with hard tires on more occasions?

I have my own opinion on the subject but that’s not important to my comment.

I just love how people can watch the same events, reach completely different conclusions, and defend those conclusions as if there is no room for debate or acknowledge that their thought process may be tainted by serious bias. I guess we can file it under human nature.

BTW, I am guilty of the same thing on many occasions so don’t think I am saying that I am any better. I just find it very amusing.