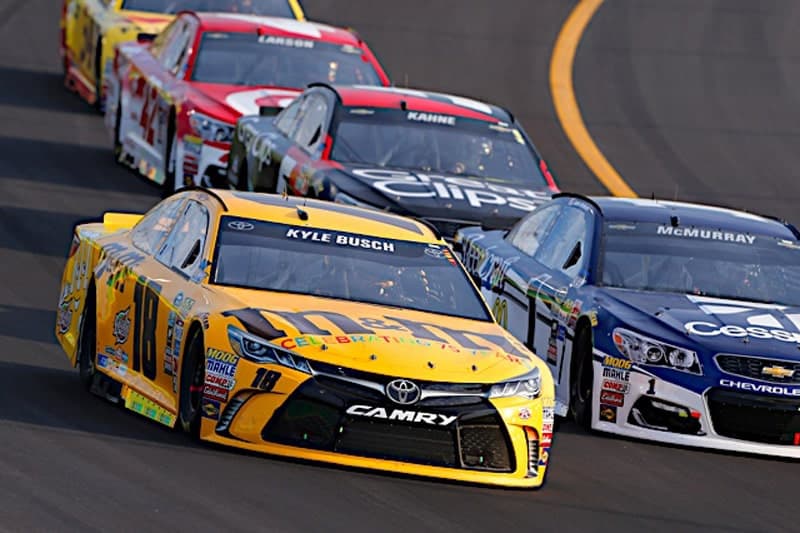 Saturday’s Quaker State 400 at Kentucky Speedway could best be described as a war of attrition.

From an unpredictable racing surface to a trial run with the low-low downforce package, there we more variable for teams to account for than at any race on the NASCAR Sprint Cup Series tour. Throw in a hard compound tire from Goodyear and a crash fest-turned-fuel-mileage race, and teams were thrown more curveballs than the MLB’s best hitters.

At the end of the night, Brad Keselowski reigned supreme, stretching his fuel to the last moment and holding off Carl Edwards for the victory. However, in a race defined as much by the drivers that crashed out as it was by the ones that finished on top, figuring out who deserved a jump up or down the rankings was nearly as challenging as driving through that flat turn 3.

Thankfully, that’s what our experts are here for.

“This dude is apparently The Closer.  However, he can’t close; hasn’t really been able to do it much of this season. Can we give him a new nickname, please?” – Phil Allaway, Frontstretch
“Before Saturday, he had never led a lap at Kentucky in Sprint Cup.  He led the most last weekend, but not the last. Story of his season.” – Bryan Gable, Frontstretch

“If it had been the Quaker State 402, he probably would have been the one in victory lane.” – Gable

“Others in the Joe Gibbs Racing camp, like Kyle Busch for instance, have been more dominant during races. But with 12 top-10 finishes, Edwards leads all JGR drivers in terms of consistency.” – Tom Bowles, Frontstretch

“Won as an owner on Thursday. Won as a driver on Friday. Saturday? Well, I guess it’s all right for fighting if nothing else.” – Aaron Bearden, Frontstretch

“No “shark” attacks on him this week, but still a rough race and a hard hit.” – Gable

“I GUESS TONY GIBSON GOT WHAT HE WISHED FOR BECAUSE LOGANO FINISHED 39TH.” – @AnnoyingRaceFan

“Surprised he has a foot left to mash the gas, as many times as he and the No. 78 team have shot it.” – Spencer
“It darn near would have been the story of the season had Truex made it to the end of the race on fuel.  He could have won from in the 20s at the final restart.” – Allaway

“AFTER WRECKING ON SATURDAY, HIS CAR LOOKED MORE LIKE A 1982 CHEVROLET CITATION HATCHBACK.” – @AnnoyingRaceFan

“That synchronized spin with Ryan Blaney did nothing for Awesome Chase from the Same Place in the points standings, but the two might consider Olympic diving if they can match their timing up a bit better.” – Bearden

One driver moved up after his first top 5 of the season. The other stayed the same after yet another poor showing. Neither were good enough to crack the top 10. C’est la vie.

Ryan Newman (15 Points) – “Newman’s finally putting up some good results.  He needs it; remember, he’s racing for his next contract since we know dang well he won’t be in the No. 31, even if he wins the championship.” – Allaway