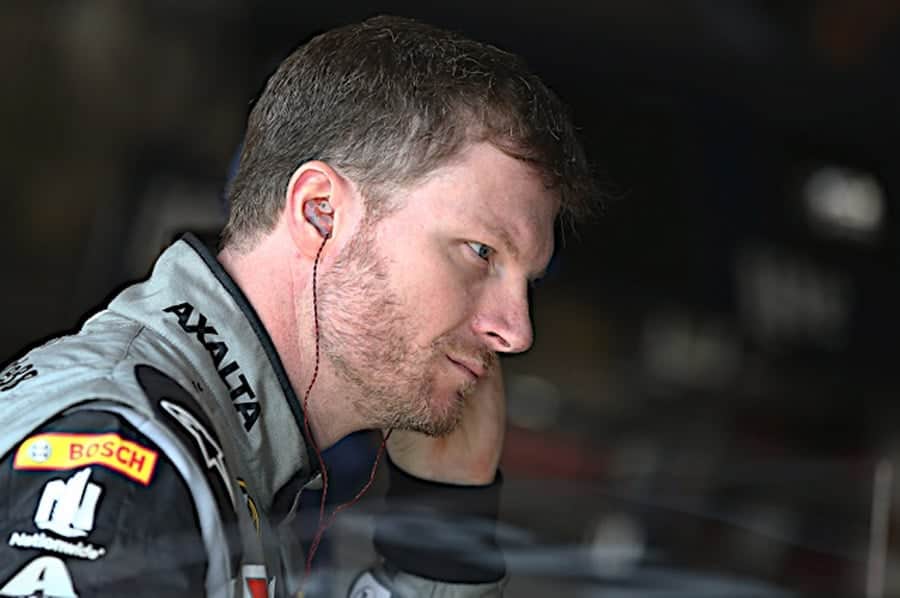 Dale Earnhardt, Jr. will be missing the race at New Hampshire this weekend due to concussion symptoms. But thankfully for members of Junior Nation, not all hope is lost. Sure, Earnhardt is currently 13th in points before missing any races, but NASCAR history is littered with stories of drivers coming back from injury just as good, if not better than before.

One of the biggest storylines in the Sprint Cup garage this season was the impending retirement of three-time champion Tony Stewart. Smoke, who has had a series of setbacks the past few seasons, had yet another one before the season even began when he hurt his back while riding around in a dune buggy.

Stewart had to sit out the first two months in the season, and although the jury is still out on if he can compete for a championship come Homestead like Jeff Gordon last season, it has still be a successful season. With a win at Sonoma and four top 10s in 10 starts, at least he’ll be going out a winner.

One of the greatest what if? stories in all of racing, Tim Richmond’s promising career ended at the start of his prime. After winning seven races and finishing third in points in 1986, Richmond had to sit out the first part of the 1987 season due to illness.

When Richmond came back, he didn’t lose a beat. First he won Pocono, then came back the next week and won at the road course at Riverside. It was his 13th career victory, and his last of the season before bowing out again six races later due to illness. After a failed and controversial attempt at a comeback at Daytona in 1988, Richmond never drove again, and would die in 1989 due to complications from AIDS. Although long rumored, it wasn’t officially announced until after his death that the disease was the reason for his poor health in his final few years. He was only 34.

Fun fact, by the way: Richmond withdrew from attempting the Southern 500 in 1987 for what was going to be his final race. Team owner Rick Hendrick wasn’t initially planning on withdrawing the No. 25 car from the race. There was at least talk of Hendrick offering the ride to NASCAR Hall of Famer David Pearson, who had competed in two races the year before. The deal fell through however, and those 1986 starts ended up being the last races in the career of the Silver Fox.

Last season, Denny Hamlin tore his ACL playing basketball. Although Hamlin did not miss any races, he had to drive throughout the Chase with the injury before getting off-season surgery.

The strange thing? It wasn’t the first time the Daytona 500 champion had the exact same injury.

In January, 2010, Hamlin tore his ACL playing basketball and was forced to race the first two months of the season on it. Hamlin’s hometown race at Martinsville was the week before an off-week. The team decided to have surgery the Monday after the race so that Hamlin would heal in time for the next race in two weeks.

The Sunday race was promptly rained out, so the surgery was moved to a couple of days after the rain delayed race. Hamlin ended up winning the race, had the surgery, then won four more over the next nine races en route to a runner-up finish in points.

In 1963, race cars weren’t nearly as safe as they are today. Marvin Panch, who passed away last year, would be one of the first to tell you so.

Panch survived a wreck while practicing a sports car at Daytona in January after his car burst into flames. Keep in mind that a year and a half later, Fireball Roberts succumbed to injuries suffered in a somewhat similar crash. One of the people who saved Panch was Tiny Lund, a six foot four giant of a journeyman driver.  Lund was hired by Panch’s owners, the Wood Brothers, to replace him a few weeks later in the Daytona 500. Lund won the race in dramatic fashion, but it wasn’t the end of the line for Panch.

In his 12 starts that season after recovering from his crash, Panch:

Panch would win eight more races before retiring in 1966. His biggest career highlight was winning the 1961 Daytona 500 in a year-old Ford.

Last year, in the immediate aftermath of his wreck in the XFINITY Series race at Daytona, Kyle Busch thought he would have to go get a new job applying decals on race cars and become known as “that guy who used to race.”

Nine months later, the same man was hoisting the Sprint Cup in Victory Lane at Homestead.

What can honestly be written at this point about Busch’s 2015 season that hasn’t already been written? In some ways, being put on the shelf was almost a blessing for Busch. Everybody knew he had the raw driving ability, and stepping out of the car gave him a chance to mature both as a driver and as a person.

Busch won no races between Indianapolis and Homestead. The old Rowdy may have become frustrated from finishing second three times in that span, causing him to over-drive the car to wrecking or blowing an engine at crucial times. Instead, a more patient Busch quietly made it through each round of the Chase before winning both the race and the championship at Homestead.