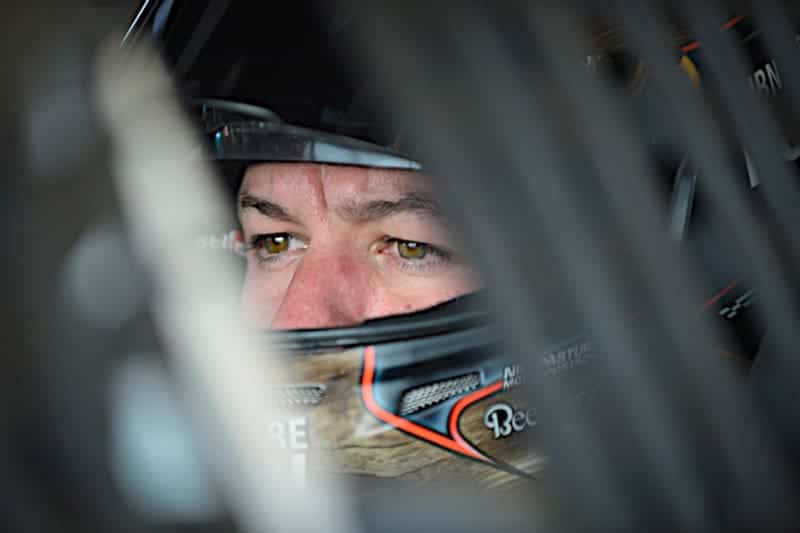 Toyota started the Sprint Cup weekend off with three of their cars posting the fastest three laps in the lone practice session at New Hampshire on Friday.

Martin Truex, Jr. was the fastest at 28.517 seconds (133.562 mph). The hot lap came in the final couple of minutes in the practice session during a mock qualifying run. Truex has three top 5 finishes at the New England 1.058-mile track, with a best finish of third.

Carl Edwards was second fastest, with a lap at 133.380 mph. Although Edwards holds no wins at Loudon, he was on pole for both races last season at the track. Edwards will be looking for his third straight New Hampshire pole.

Defending race winner Kyle Busch was third fastest at 133.100 mph. New Hampshire is one of the 2015 Cup champion’s better racetracks, with two wins and three runner-up finishes in 22 previous starts.

Fourth was Kurt Busch. Busch has three wins at Loudon but hasn’t won a race there since a rain-out in 2008. Denny Hamlin, who like teammate Kyle Busch has two wins and three runner-up finishes at “the magic mile”, rounded out the top 5.

The lone Joe Gibbs Racing driver who was not in the top 5, Matt Kenseth, ended the session tenth. Alex Bowman, subbing for an injured Dale Earnhardt, Jr., was 13th in the session. He did it on the heels of the announcement that Jeff Gordon will be subbing for Earnhardt if he cannot race next week at Indianapolis.