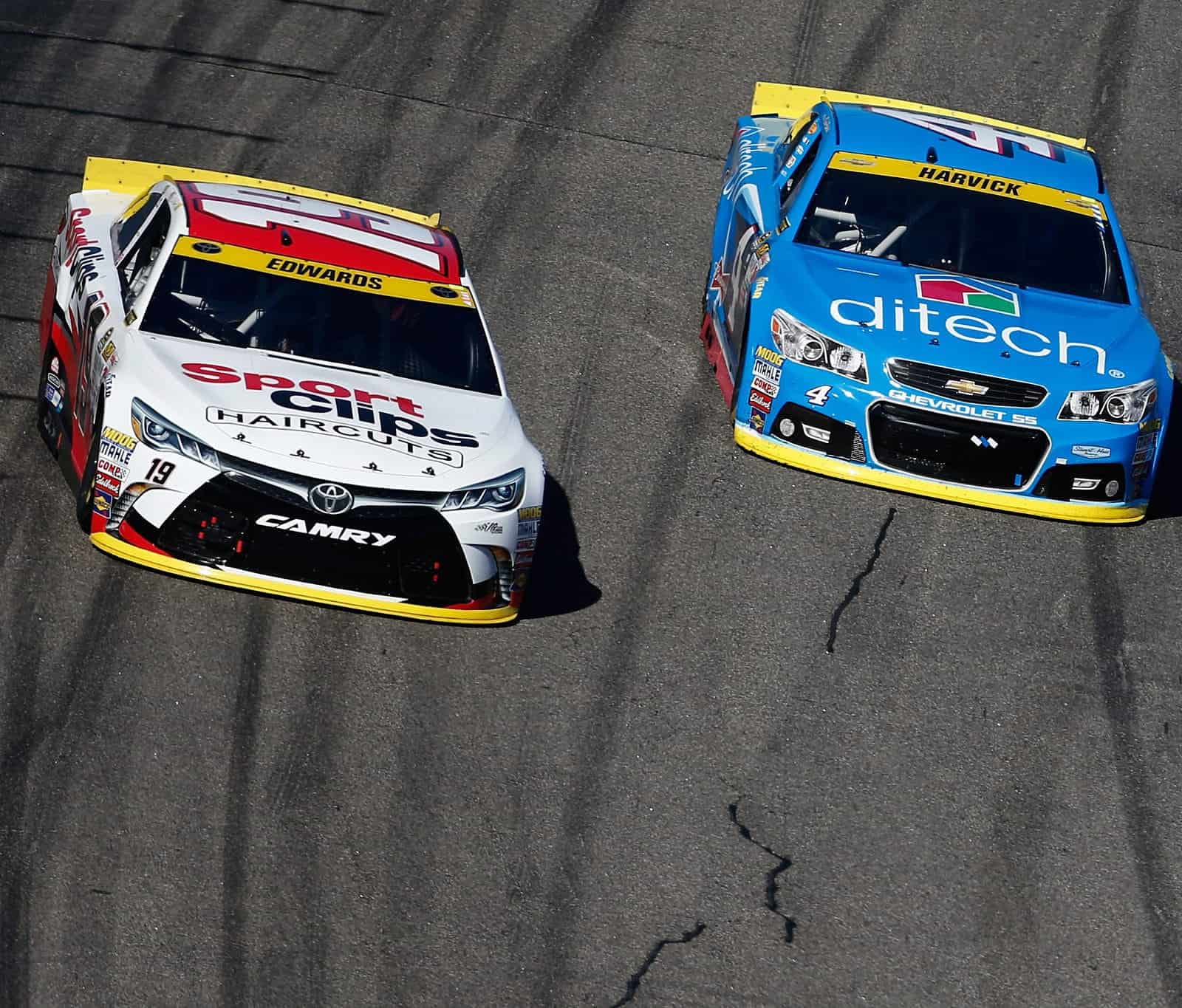 Sunday’s New Hampshire 301 is a crucial race with only eight events remaining until the Chase field is set. In recent years, Team Penske and Joe Gibbs Racing have dominated the Granite State, sweeping each of the past two seasons.

In a news-filled week, this race has the potential to being a “wild card” in terms of making the Chase.

Alex Bowman: Driving the No. 88 car for Dale Earnhardt, Jr.:

Bowman has never had an opportunity like he does on Sunday with Hendrick Motorsports. In the past, he has raced at the Cup Series level with underfunded teams, BK Racing and Tommy Baldwin Racing. Though this team is brand new to him, a solid effort could be the turnaround that his career needs.

The 23-year-old has competed in five XFINITY Series events for JR Motorsports in 2016, finishing in the top 10 each time. He has experience working for Earnhardt, but now he’s replacing him, something many drivers wish they could have done.

With his future in question and four-time Sprint Cup champion Jeff Gordon already named as the driver of the No. 88 for Indianapolis if Earnhardt is unavailable, Bowman is racing with what they “house money.” He has nothing to lose and everything to gain, which makes for a dangerous driver.

Over the past two weeks, Keselowski has been running the sport. Dominating at Daytona leading 115 laps en route to his second win of a superspeedway this season, he followed suit last week at Kentucky, stretching the fuel to the bitter end, edging out Carl Edwards.

Keselowski has never been victorious in three straight races at the Cup Series level. He’s only won back-to-back races once in his career, when he won at Richmond and Chicago in 2014.

The No. 2 team is leading the series with four wins and New Hampshire is won of Keselowski’s best race tracks. He has led at least one lap in the last nine events at New Hampshire, including a race-high 101 in this race last year.

Another XFINITY Series race, another win for Busch. The No. 18 car scored a perfect driver rating, leading 190 of 200 laps on Saturday afternoon. He had to beat his Joe Gibbs Racing teammates for the victory, but for the majority of the weekend, was two-tenths of a second quicker than anybody else.

If Busch wins it will mark his third weekend sweep of the year, including Martinsville when he won the Truck Series race. Next week the schedule changes to Indianapolis where Busch swept both races in 2015.

Other than final practice on Saturday, a Toyota driver has been a top of every practice session this weekend. Martin Truex, Jr. paced the way on Friday, who is an affiliate to JGR.

Saturday morning it was a trio of JGR drivers who topped practice led by Carl Edwards with Matt Kenseth and Denny Hamlin just behind. Busch wasn’t far back in seventh.

A Toyota driver hasn’t won since the Coca-Cola 600, when Truex led all but eight miles. JGR hasn’t been victorious since Dover, when Kenseth picked up his solo victory of 2016.

Rookie Chase Elliott topped final practice and is looking for his first career win. It’s possible that he could spoil the JGR party.

Rain in the forecast:

Will a NASCAR weekend ever go one day without rain? After no rain appearing on the radar heading into this weekend, an overnight shower will cause a competition caution on Lap 35.

There is a 50 percent chance of rain throughout the day on Sunday, with the forecast looking a lot better in the afternoon hours. It could be a long day.

FYI: I have posted this to another article but am posting again for more exposure to a potential site issue:

Has anyone else received the following message when trying to reach Fronthstretch site? Lately (at least the last month if not more) it seems that getting to the Frontstretch site has been hit or miss with it being more “miss” than “hit”. The message that I receive is:

I receive this message whether it is on my phone or various laptops on different networks so I’m pretty sure that it isn’t on my end. I sent Mike Neff an e-mail it at the beginning of July but never heard back as whether of not the issue was passed along to the site admin (Can’t remember his name or e-mail but he is the one that fixed the “Comments” section when we were having problems with it a few months ago.). Anyway if someone at Frontstretch could please pass this along to the site admin that would be appreciated.

Chris, I get this message all the time IF I try to access the Frontstretch website through Internet Explorer or that “wonderful” (sarcasm) new one from Microsoft, Microsoft Edge, which absolutely sucks! I have no problem accessing the site via Mozilla Firefox. I asked our computer Guru at work, and he said it’s the site that has a problem. As I said, use Firefox. It works fine.

Thanks Ken for the advice. If that is the case that Frontstretch has the issue with their coding for their site I would think it would be in their best interest to fix the issue as most people use IE and wouldn’t know to switch to Firefox to view the site. In fact, I would think most people given the choice of switching to Firefox to view the site or simply moving on to another race site might just opt to move on. That’s why I posted it on comments section in the event that Frontstretch wasn’t aware of the situation (and that perhaps their traffic numbers were down because of it).

Hi guys, I’m the web guy for Frontstretch. Short version. As of about 11:30 eastern last night the problem is fixed I hope. Clearing your browser cache should load an error free version of the site. If you want more detail keep reading.

Long version. The site changed hosting companies in the offseason and there were some config files and settings left over from the old hosting that were not playing well with the current hosting. The memory error you detail above was inconsistent and not limited to a specific browser or area of the site. We also did not know how widespread the problem was until we began to see a noticeable decline in site traffic.

It’s taken a lot back and forth between us and the hosting company and changes on both the hosting company’s end and ours over the last several weeks but hopefully it’s fixed now. If anybody has problems going forward you can email me directly at dan.greene@frontstretch.com.

Hi Dan, thanks for addressing this problem. I noticed first thing this morning at around 5:30 that Frontstretch worked with IE. I just dealt with it by using Firefox (I have all three browsers on my laptop) to access your website. We had quite a few issues with IE at work, and one of our previous computer Gurus (yes, there is even a sign on the office door of our current Guru that says “COMPUTER GURU”) switched us over to Firefox. Some still use IE though, but find that Firefox has a lot less issues.

Anyway, thanks for addressing and fixing this issue.