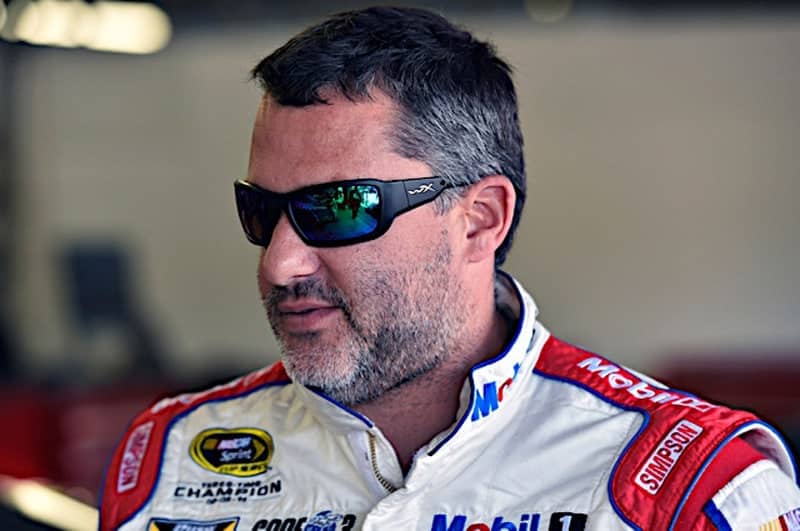 After his runner-up finish at New Hampshire Motor Speedway, it’s time to admit it.

Tony Stewart is turning into a legitimate championship contender.

After completing the last three seasons with equal parts mediocre runs and missed races for a litany of circumstances – all sad or tragic – the 45-year-old appears to have regained his confidence in a NASCAR Sprint Cup Series car while entrenched in his final season.

Stewart’s last year in Cup started with yet another setback, this time in the form of a fractured L1 vertebrae that left the Hoosier out of the cockpit for the first eight weeks of the season. Given his recent history, the injury left many fans and critics limiting expectations for the 18-year Cup veteran.

At the start of Stewart’s run, downplaying his ceiling seemed to be the correct choice, too. Disregarding a sixth-place run from Ty Dillon as Stewart’s replacement at Talladega Superspeedway, the three-time champion finished outside the top 10 in each of his first five complete races. Come mid-June, the final ten races of 2016 for Smoke this season seemed like nothing more than a glorified goodbye tour.

Running a test for a new low-low downforce package, the field was left fighting ill-handling cars on the high-speed, two-mile oval. However, while others struggled, Stewart excelled, qualifying third and running consistently inside the top 10 before finishing seventh.

Things ramped up quickly for there. A week later, Stewart made his way to Victory Lane, holding off Martin Truex, Jr. and Denny Hamlin after gaining track position at Sonoma Raceway. Suddenly, barring a significant setback in points, Stewart was thrust into the Chase.

At the time, this victory came across as more of a final shining moment than the emergence of a title contender. A 26th-place finish due to a crash the next week at Daytona International Speedway – while good enough to move Smoke into the top 30 in points – did little to fight that claim.

The last two weeks, however, have proven that Stewart’s championship hopes may be much higher than originally anticipated.

In the last two races, at Kentucky Speedway and New Hampshire Motor Speedway, Stewart’s overcome rough qualifying efforts (22nd and 12th) to rattle off finishes of fifth and second, respectively. The results mark the first time Stewart’s scored back-to-back top 5s or four top 10s in five races since 2013. That’s when the veteran managed three top 5s, four top 10s and a victory in a four-week stretch from May through June.

The result of this summer surge? The three-time champion has jumped a full 67 points ahead of 31st-place Brian Scott, comfortably inside of the top 30 with as many top 5s as Truex, Matt Kenseth and others with eight more starts on the year. Stewart’s all-but-guaranteed to make the Chase, capable of performing well and contending for strong results each week.

Case in point: Kevin Harvick and Kurt Busch, two of Stewart’s teammates, are sitting first and third in the point standings amid outstanding seasons in their own right. However, for the last five races, it’s been Stewart that’s scored the most points for his own Stewart-Haas Racing outfit. The veteran’s tallied 169, with Harvick (146) and Busch (137) noticeably behind despite strong performances of their own.

The results have Stewart’s No. 14 team full of confidence, and the veteran himself complementing his rookie leader whose promotion appears to be a key adjustment to getting this team pointed back in the right direction.

Next up for Stewart is a return to his home circuit at Indianapolis Motor Speedway, the best track for him statistically with a 9.6 average finish. Don’t be surprised if Stewart is among the contenders in the closing stages of Sunday’s race, as well as in the coming weeks leading up to the Chase.

Why? It’s because while Stewart may not be around the Cup garage for much longer, in the limited time he’s still here, Smoke seems determined to rise.

It appears that Chevy is going to miss SHR more than they would Hendrick at this point.Certainly Stewart Haas Is doing a much better job with supposedly the same equipment as HMS and will soon be a big addition to Ford.Maybe Chevrolet is no longer making the same commitment to its Nascar teams that led to dominance over the past several years. With SHR and Penske as well as an improving Roush Fenway Ford will be in a much better position to challenge Toyota for race wins next year.With Logano,Keselowsky, Harvick Kurt B and Bowyer they will have a driver lineup equal to JGR in 2017

lol kb. I’m always with you every day. Hope you noticed me “hanging around” all week. I was carrying you on my shoulders during the tough times. Be well !