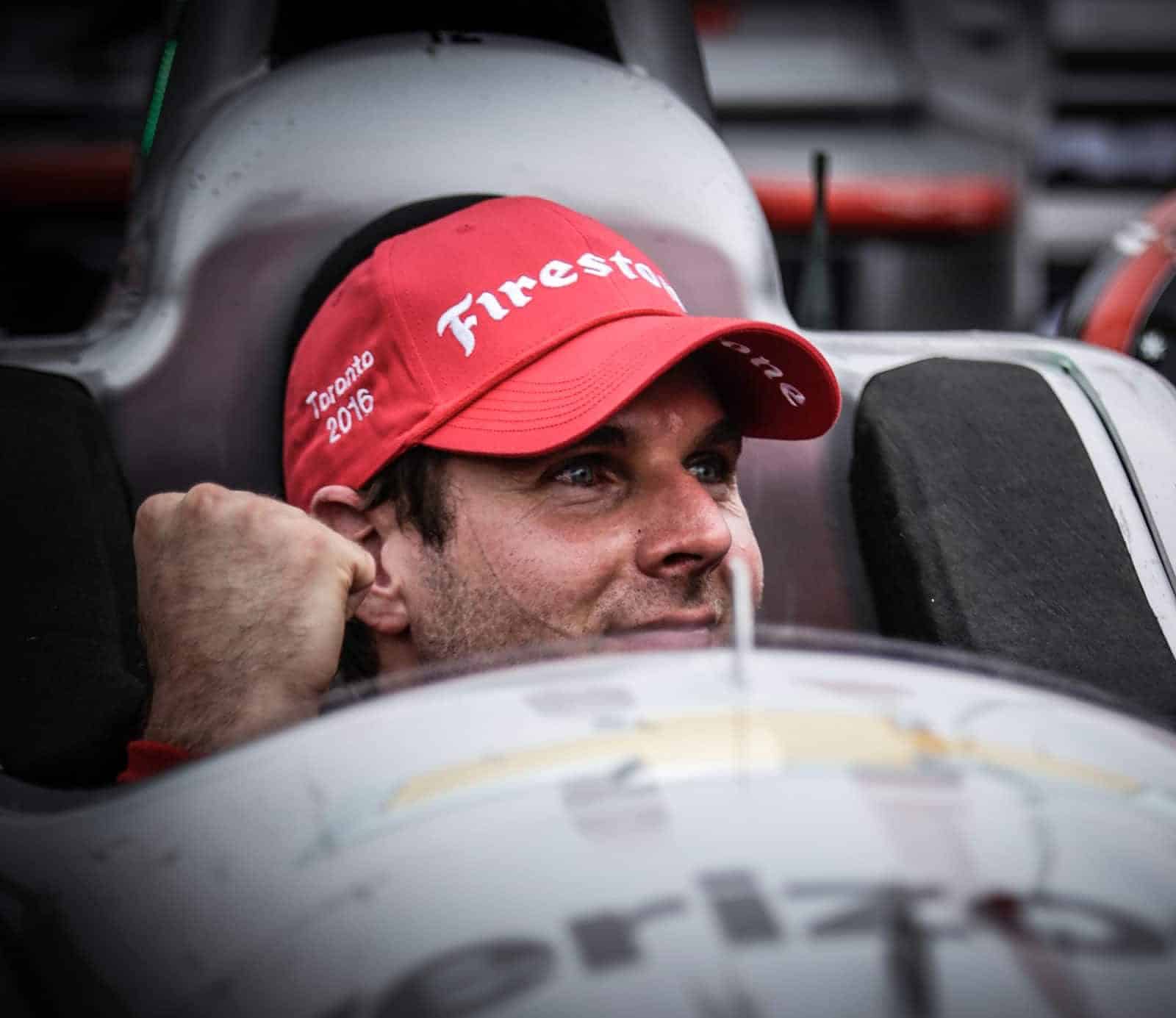 Sometimes, it’s better to be lucky than good. However, in Will Power‘s case during Sunday’s Honda Indy Toronto, it took a combination of the two to get to Victory Lane and firmly inside the championship battle.

Power became the key benefactor after pitting before a late caution, earning him track position. He then held the lead through late restarts and a one-lap sprint to claim a 1.53-second victory over Team Penske teammate Helio Castroneves.

The win, Power’s third in four races, closes the 2014 Verizon IndyCar Series champion to within 47 points of teammate Simon Pagenaud for the series lead. That surge comes despite the Australian missing the first race of the season with an inner-ear infection misdiagnosed as a concussion.

“Getting close, that’s good,” Power said. “It’s good to get this momentum for the team going forward for the rest of the championship. Five (races) to go, all good tracks for me.

“If we can close that gap going into (the season-ending GoPro Grand Prix of Sonoma in September) we can do this, we can win this championship, absolutely.”

While Power ended up with the victory, it was pole sitter Scott Dixon that led the way for much of the day.

Running on a tight, 1.786-mile temporary street course in Toronto, the IndyCar field found passing difficult. With those struggles, track position became crucial to a good finish, and Dixon parlayed his top starting spot into a strong run throughout the opening two-thirds of the race.

With Power trailing Dixon, Castroneves and Pagenaud for much of the day the No. 12 Verizon Team Penske Chevrolet was brought to the pits on lap 58 at the urging of race strategist Tim Cindric. Soon thereafter, championship hopeful Josef Newgarden‘s day came to an end after colliding with the turn 5 wall to force a caution.

Suddenly, Power found himself in prime position to steal a race victory.

“The team called me in just at the last minute. Perfect timing,” Power said, “I can’t tell you how many times it has gone the opposite way for me at this place and many other places. But I was so stoked to see yellow lights as I was going into pit lane. It’s not often you catch a yellow like that.”

The Team Penske driver would hold the lead from there to the finish. Not that there wasn’t controversy – a caution with four laps remaining led to a one-lap shootout, but Power kept his competitors at bay to win by over a second.

Following Power on the podium was Castroneves, who overcame a punctured left-front tire during the race’s middle stages to claim second. With Newgarden’s misfortune, Castroneves jumps to third in the series points standings, 74 points back of Pagenaud.

The true highlight of the day for Canadian fans was James Hinchcliffe. Returning to his home circuit for the first time since last season’s life-threatening crash at Indianapolis Motor Speedway, Hinchcliffe parlayed some luck with cautions into a third-place result, his first Toronto podium.

“For once in my career here in Toronto we caught a lucky break,” Hinchcliffe said. “It’s not just that I haven’t had great luck here, I’ve had insanely bad luck here. Today we were on the other side of that. It’s part of IndyCar racing.”

Next up for the IndyCar Series is a return to Mid-Ohio Sports Car Course on July 29-31. Courage for the race will begin on July 31 at 2 p.m. ET on CNBC and the INDYCAR Radio Network. NBCSN will re-air the race at 5:30 p.m.