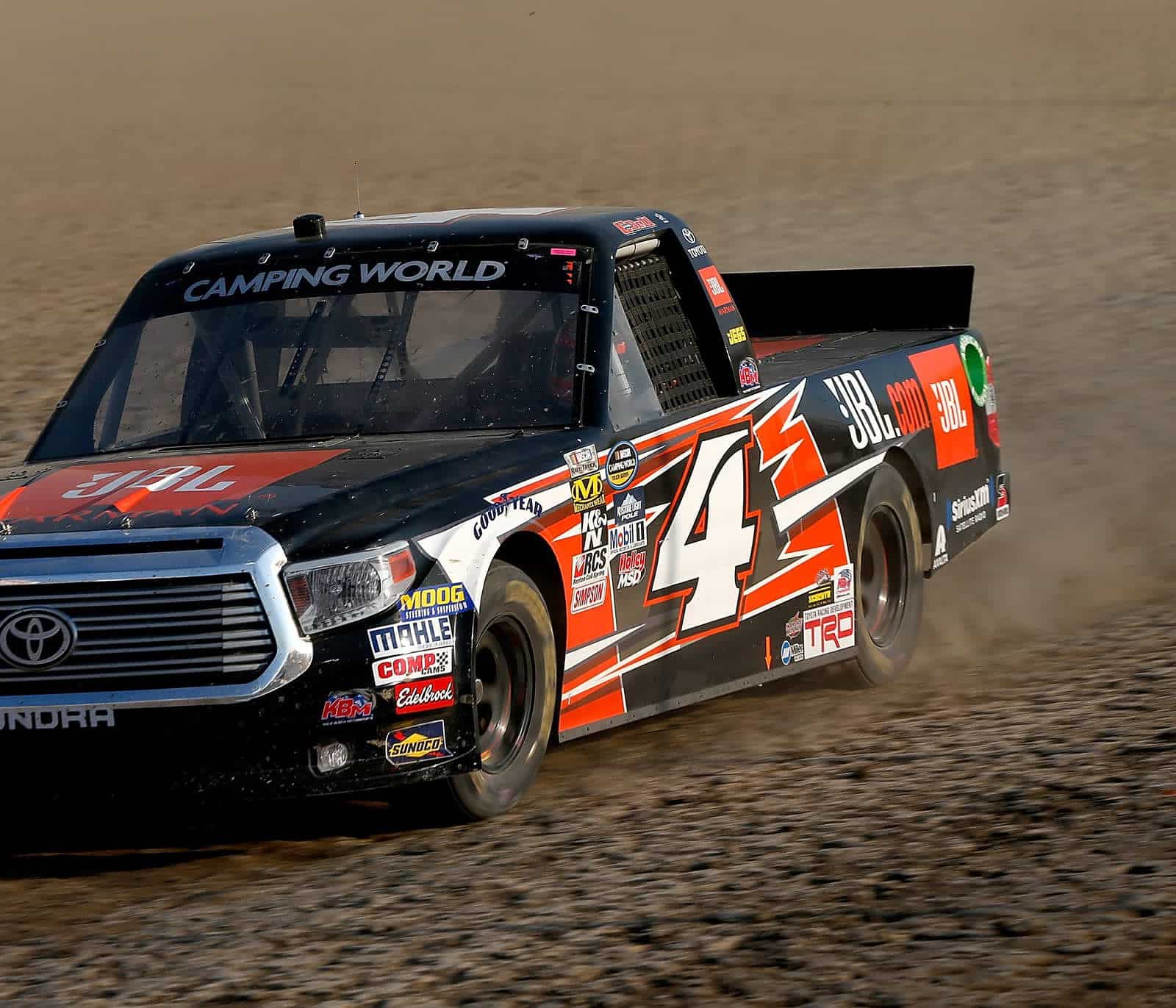 The final practice session for Wednesday’s Aspen Dental Eldora Dirt Derby ended in much the same way as last year’s 1-800-CarCash MudSummer Classic – with Christopher Bell atop the charts.

Bell’s 21.853-second circuit on the half-mile Eldora Speedway served as the fastest time in Tuesday’s final practice session, coming in over a tenth of a second ahead of second-place Cameron Hayley’s 21.980-second time.

Running shortly after 9 p.m. ET following heat races for a 100-lap UMP Super DirtCar Big Block Modified feature, drivers experienced a much different dirt track than they’d seen in the earlier 6 p.m. practice. Times were slower, and many drivers still struggled with grip and eyesight on the dusty racing surface.

“It’s just slicker. The cushion’s further up against the wall,” Cole Custer said on his radio.

“It’s just powder everywhere. I don’t know how you get forward drive in this,” Daniel Hemric noted.

However, while the track was difficult to grip, no drivers sustained the same heavy damage that relegated a few competitors behind the garage in the opening session.

The Truck Series will return to action at Eldora on Wednesday for Keystone Light Pole Qualifying at 5:15 p.m. ET.