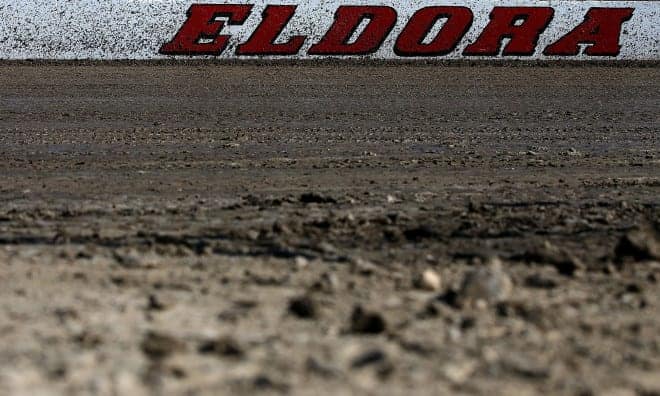 The Camping World Truck Series heads to Eldora Speedway on Wednesday night for the fourth annual race at the Tony Stewart-owned dirt track.

As of Monday, there are 38 trucks entered, meaning six will go home, barring any entry list updates.

This event often attracts dirt racing specialists and many will again attempt to qualify for this year’s field; including Jake Griffen, Stewart Friesen, JR Heffner, Bobby Pierce, and Justin Shipley.

Additionally, there are well known drivers with dirt track racing ties who will also attempt to make this event, such as Kyle Larson and Ken Schrader.

Larson will attempt to make his second Truck Series race of the year with GMS Racing. In his first start at Martinsville, he finished fourth. He competed in the first two truck races at Eldora, but did not race last year. His best performance came in 2013 when he finished second.

Schrader has competed in all Truck Series races at Eldora. He won the pole for the inaugural event in 2013 and his best result of fourth came in 2014.

Action from Eldora begins on Tuesday night with two practice sessions, the first at 6:30 p.m. followed by final practice at 9 p.m. (all times ET). Single-truck qualifying will take place at 5:15 p.m. on Wednesday, followed by the heat races beginning at 7 p.m. Coverage of the main event starts at 9 p.m. on Wednesday on FOX Sports 1.

Why doesn’t Kyle enter this one? It should be another easy notch in his journey to 200. Maybe he thinks asphalt is for racing and dirt is for potatoes (Bobby Allison).

How many times will Mikey and Parsons say Rico Abreu name Wed. night?

He could get lessons from Red Farmer!