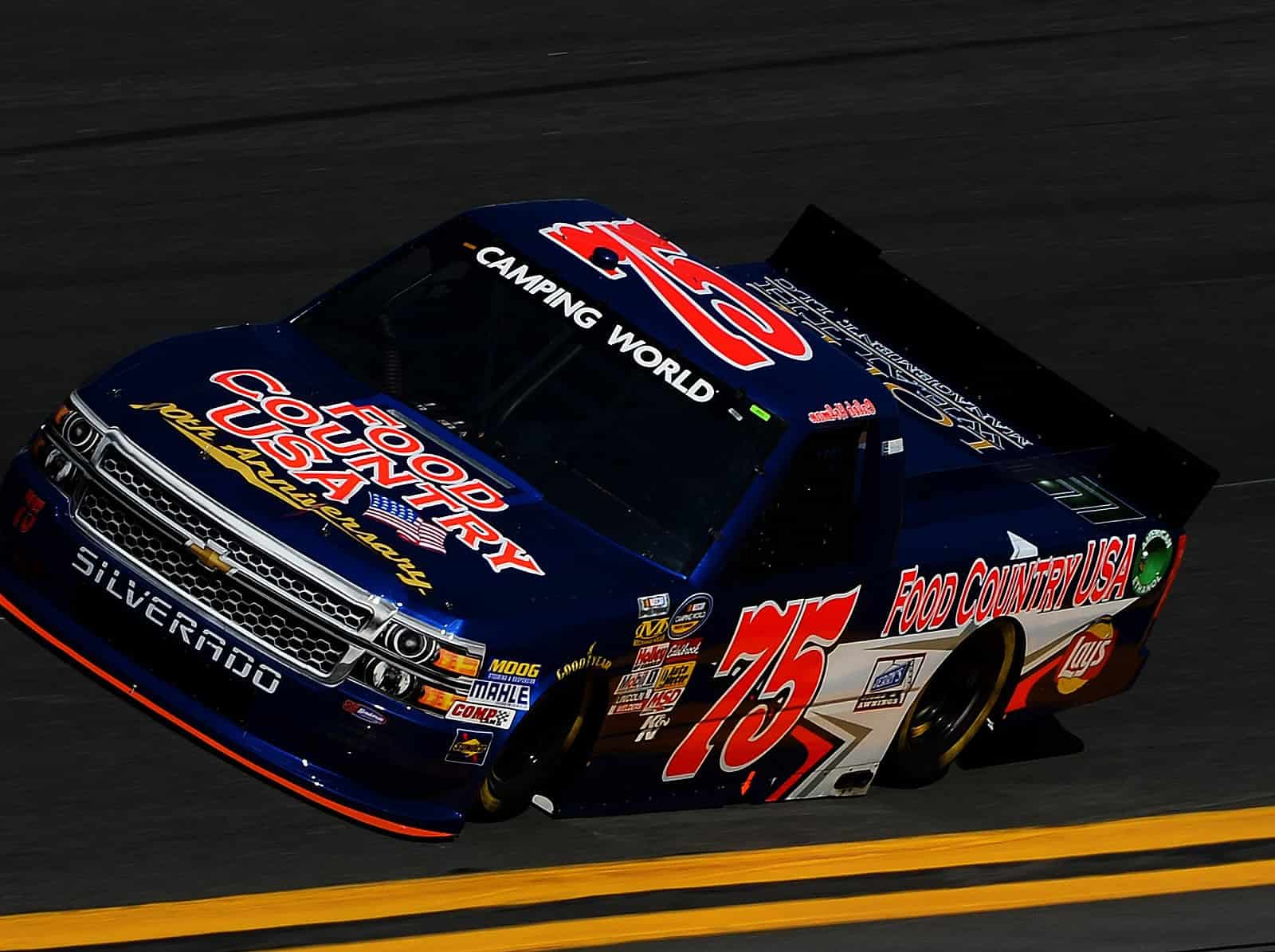 With five trucks left in NASCAR Camping World Truck Series qualifying at Eldora Speedway, it appeared that Tyler Reddick was set for a Keystone Light Pole Award. However, moments later Reddick – and the rest of the field – were surprised as Caleb Holman laid down a pole time in the closing segments of qualifying.

37 trucks qualified for NASCAR’s annual trip to dirt, meaning that five drivers will fail to qualify for the event. The field will be set by heat races and a last-chance qualifier before the running of the fourth-annual Aspen Dental Eldora Dirt Derby.

One driver, Donnie Levister, failed to make a qualifying attempt after his team failed to fix damage from a Tuesday practice crash.