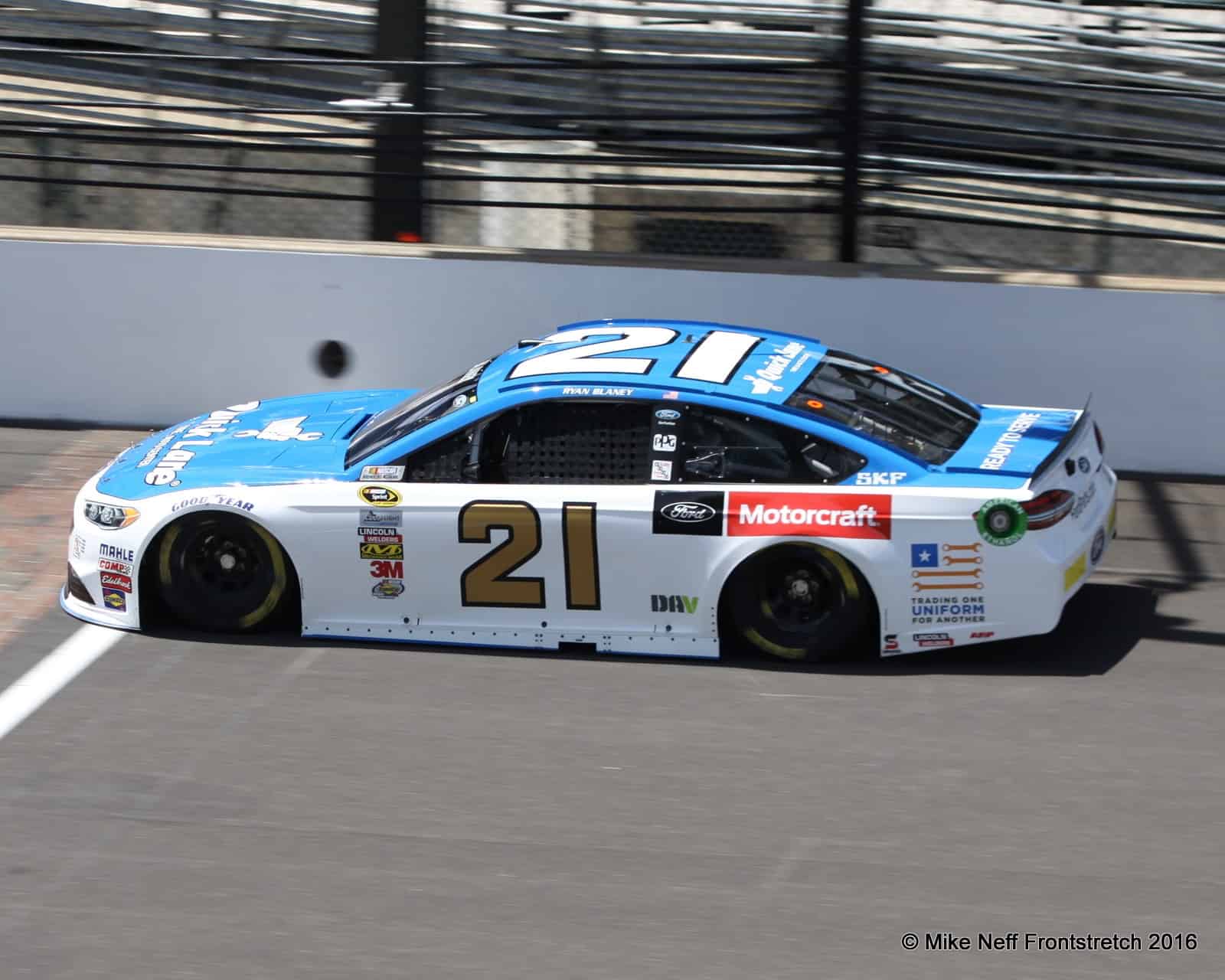 After an uneventful opening 150 circuits, a gauntlet of late cautions during Sunday’s Crown Royal Presents the Combat Wounded Coalition 400 at The Brickyard served as a significant shakeup to both the race and Chase picture.

With every driver looking to gain track position before the field widened out, each restart brought intense, tight racing in the narrow 2.5-mile Indianapolis Motor Speedway. A debris caution the brought the field together on lap 151 fueled three crashes in the race’s final 20 laps, taking out multiple Chase contenders in the process.

The first crash came on lap 154, when Carl Edwards drifted up the track and spun in turn 1 and spawned a large crash that included Brad Keselowski, Ryan Blaney and Ryan Newman. The crash ended the days of both Edwards and Blaney, relegating the drivers to 35th and 36th. Keselowski and Newman continued on, with Keselowski rallying to finish 17th while Newman struggled to a 31st-place result after getting included in another caution on lap 165.

“I thought we had a decent car. We kind of put ourselves in a hole and we were trying to fight back from that and this just made a bad day worse,” Blaney said. “We’ll just go to Pocono next week and try to get better.”

The accumulative effect of the crashes, mixed with the absence of the ailing Dale Earnhardt, Jr., and strong runs from Austin Dillon and Kyle Larson served as a massive shakeup to the bubble of the Chase.

A quiet, consistent day elevated Dillon to a ninth-place result, rising the third-year driver to 12th in points, five points behind Chase Elliott in 11th and 58 points ahead of the bubble.

Searching for his first Chase appearance, Larson rallied at the end of a strong day in Indianapolis to earn a fifth-place finish and jump into the Chase grid for the first time since week two at Atlanta Motor Speedway.

On the other end of the spectrum, poor finishes from Newman and McMurray saw the two 2015 Chase participants fall within reach of the bubble.  Newman now sits 45 points ahead of the cutoff in 13th, with McMurray 34 points ahead in 14th.

Kasey Kahne again sits in the first position out on points after an 18th-place struggle. In missing his second race, Earnhardt dropped out of the Chase grid to 17th. Bayne, Blaney and Ricky Stenhouse, Jr., complete the top 20.