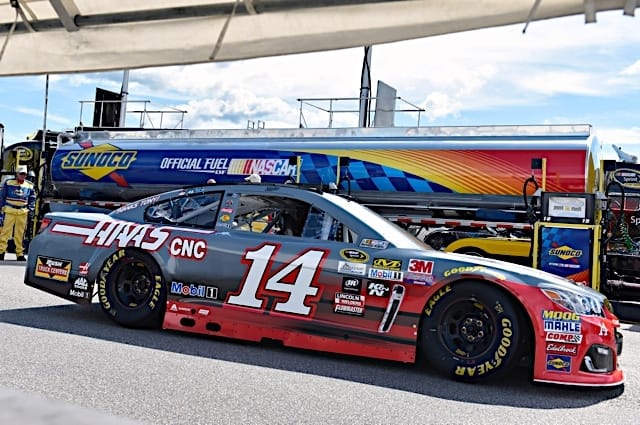 On Saturday, NASCAR owner/driver Tony Stewart mentioned how his organization does not have an XFINITY Series team. Fast forward to Monday and that statement is no longer accurate.

Stewart-Haas Racing will field a single-car, full-time XFINITY Series effort starting next season. Competing out of the team’s headquarters in Kannapolis, North Carolina, it will be in the same shop as its Sprint Cup Series program.

“In order to maintain the competitiveness that has earned SHR two championships since our debut in 2009, we needed an outlet to develop drivers and team personnel for the Sprint Cup Series,” Greg Zipadelli, Stewart-Haas Racing’s vice president of competition, said in a team release on Monday. “People make the difference between winning and losing. An XFINITY Series team gives us added depth that will allow us to promote from within whenever necessary.”

The organization will announce a driver/sponsor package prior to the conclusion of the 2016 season. The team is moving from Chevrolet to Ford in 2017, giving the blue oval another full-time team to join Roush Fenway Racing and Team Penske.

“An XFINITY Series team has always been something we would consider when the time was right, and that time is now,” Stewart said. “Staying successful in this sport means staying ahead of the curve, and having an XFINITY Series team provides an in-house driver development program and a new channel for personnel to make a positive impact with our race team.”

Stewart-Haas Racing has been competing in the Sprint Cup Series since 2009, when Stewart purchased an interest in Gene Haas’ Haas CNC Racing.

SHR Executive Vice President Joe Custer, who also serves as the chief operating officer of Haas F1 Team, has been leading the development efforts of his son, Cole Custer. The younger Custer is competing full-time in the Camping World Truck Series for JR Motorsports with Haas Automation featured on his No. 00 truck.  This year, the team moved him to the XFINITY Series part-time, competing in three races thus far with a best finish of fourth at Charlotte Motor Speedway.

It is unknown if Custer will continue to compete for JR Motorsports or if he will be the driver piloting SHR’s XFINITY Series effort.

“This is a natural progression of SHR’s growth and one that allows us to be more self-sufficient,” Haas said. “If you look at all the teams that are successful in Sprint Cup, they have a direct connection to the XFINITY Series where drivers, engineers, mechanics and pit crew members are developed. We’re an established team with a strong infrastructure that is ready for this endeavor.”