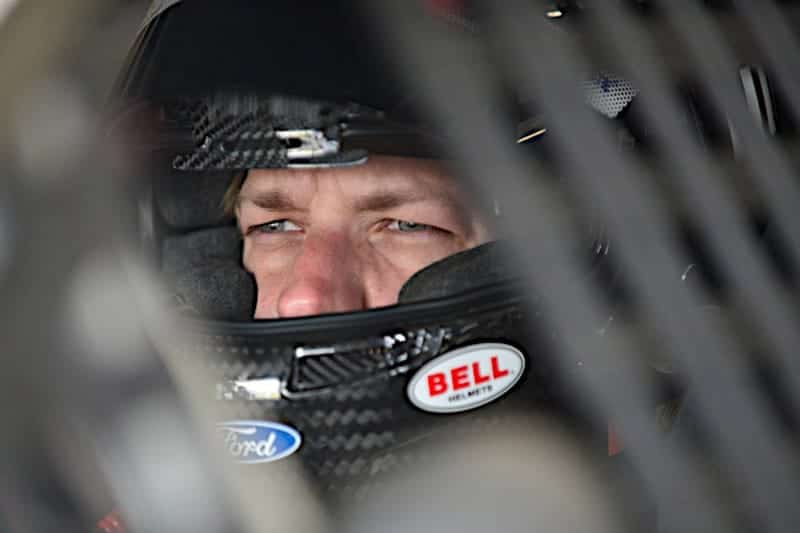 Sixteen drivers (one per organization) participated in a test on the repaved surface at Watkins Glen International today, including Brad Keselowski, who has three second-place finishes at the road course.

However, the Team Penske driver’s test ended early as a result of a crash in turn 1 that caused extensive damage to the No. 2 car.

Keselowski tweeted that his car lost its brakes after he completed the fastest lap of the day. He was evaluated and released from the infield care center.

This crash mirrors an incident Keselowski had in a test at Road Atlanta on Aug. 3, 2011, where he suffered a broken left ankle. He came back the following week at Pocono Raceway and captured the victory, and began a streak of four consecutive top-three finishes, which included another victory at Bristol Motor Speedway.

The Sprint Cup Series heads to Watkins Glen next weekend for the annual race on the upstate New York road course.

No brakes at Turn 1 at WGI? Ouch! That will leave a mark! That’s all down hill! Thankfully there is a decent run off zone. But I think it should not have been paved & should still be kitty liter trap, since typically, the curb launches the cars & they are +/- 180 mph & airborne 1/2 way to the wall …ask JJ! He had brake failure at turn 1 in a NXS car years ago.
Hoping Super Brad & Team Penske are good to go for Poconono…

It doesn’t look too bad. Should buff right out.

Not as bad as Geoff Bodine’s sudden stop.