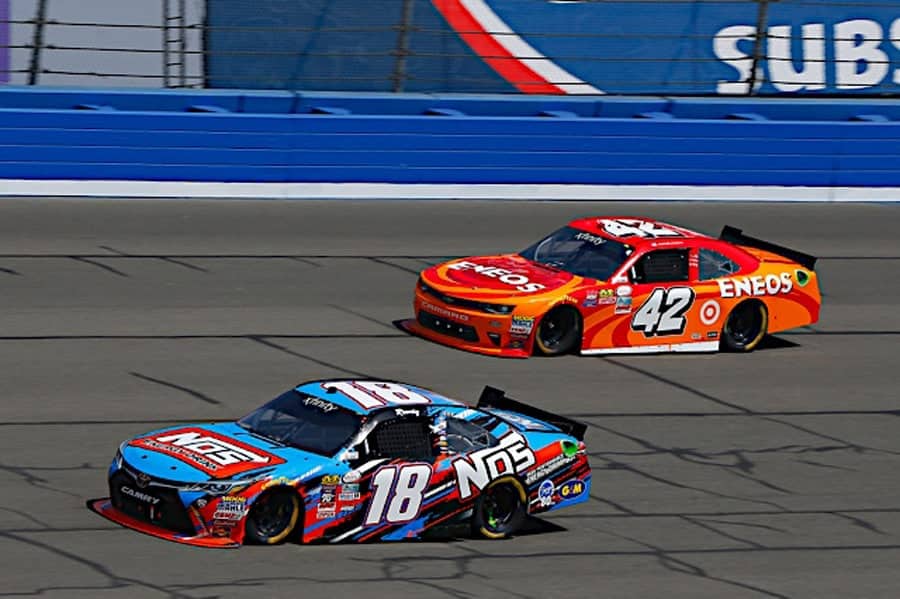 Joe Gibbs Racing announced Tuesday that Dakoda Armstrong will compete in the No. 18 car at Iowa Speedway this weekend for the NASCAR XFINITY Series. He will bring sponsor WinField to JGR for this weekend’s race.

Matt Tifft was originally scheduled to compete in this event, but he continues to recover following having surgery to remove a low-grade glioma in June and has not yet been cleared to return to competition.

The No. 18 car has won nine races with three drivers in the XFINITY Series this season, including the last three events with Kyle Busch.

Armstrong comes over from JGL Racing, where he has competed in the No. 28 car through the first 18 races of 2016. His best finish of 12th came earlier this month at Daytona International Speedway. Drew Herring will fill in for Armstrong at Iowa.

The 25-year-old has five starts at Iowa, with his best result of 16th coming last August with Richard Petty Motorsports. He finished 17th in the June race.