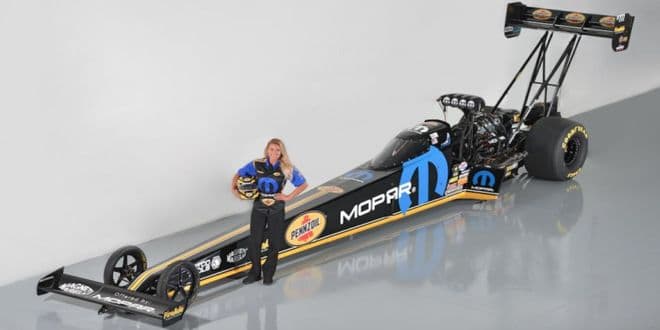 Over the last few years in motorsports, when someone lost a sponsor, it may or may not have been said outright, but you knew a team was on deathwatch. It didn’t matter how many times they put out announcements saying they were looking for new partners and were optimistic they’d find them. You just knew better.

What you were doing was waiting to see how long the owner would pay the expenses out of pocket before the next announcement, that the team would be “temporarily” regrouping, while the sponsorship hunt continued. The next move would be maybe laying some wagers on whether you’d see them again or whether the next announcement would be about the closure of the team. Sad, but true.

This scenario used to have a happier ending if the team had a big name driver to offer, but even that was not a guarantee more recently. Yet I can’t help but think there is a glimmer of hope that maybe this is about to turn a corner, at least in the NHRA world. Leah Pritchett looked like she would be a casualty but she’s partnered with Don Schumacher Racing and between their efforts and hers, she’s managed to be on track most weeks and debuted her new Mopar/Pennzoil ride last weekend.

Now Kalitta Motorsports has an announcement planned for this Friday about a new Funny Car team and driver for this season. I don’t have any details on this, since it’s under wraps until Friday, but it’s encouraging to see a team announcing growth, the second team to do so in recent months. It’s particularly encouraging because it’s not just finding backers for existing cars, although it’s great when that happens too, but adding whole new teams.

There are probably those who would point out that this growth is only among the big teams, the rich getting richer so to speak, and not among the grassroots racers, but that’s a discussion for another time and probably has a little something to do with the conversation on increased opportunity that appeared in this space a couple of weeks ago.

* As noted above, Kalitta Motorsports will be unveiling a new entry and driver for their team for the Funny Car class for 2016 on Friday before the first qualifying session.

* Houston’s Royal Purple Raceway will be part of the NHRA Mello Yello Series schedule for years to come after it was announced that a multi-year agreement was reached between the track and the sanctioning body. The track hosts the NHRA SpringNationals and next year’s race is scheduled for April 21-23.

* Pro Stock Motorcycle’s all-star event, the NHRA Pro Bike Battle, will be held this weekend during the Toyota NHRA Sonoma Nationals. Eight of the top riders will compete for bragging rights plus a little extra cash in the race within a race during Saturday qualifying. Riders earn points to compete in this event from final qualifying positions at Pro Stock Motorcycle events since last year’s event.

“It is fun and anytime you have extra cash and bragging rights on the line, I’m all for it,” said Krawiec. “We still have an opportunity to win both races in Sonoma and we’ll see what we can do.”

Some things most people don’t know about Allen: The “King of the Mountain” Allen Johnson has been to the finals at Denver for the last ten consecutive races and has won seven of them. Was the last driver to win in the carbureted era when he won the Pro Stock season finale at Pomona last year.

You can’t ACTUALLY stand here during a race but you can virtually stand on the starting line thanks to these 360 degree videos from NHRA. Click on the video and drag to move your view. We’ll ride with both Top Fuel and Funny Car.

Word of the Week: Western Swing

A style of dance typically found in…..just kidding. In the NHRA world, the Western Swing is a part of the schedule during the summer made up of three races in the western U.S. in Denver, Sonoma, and Seattle.