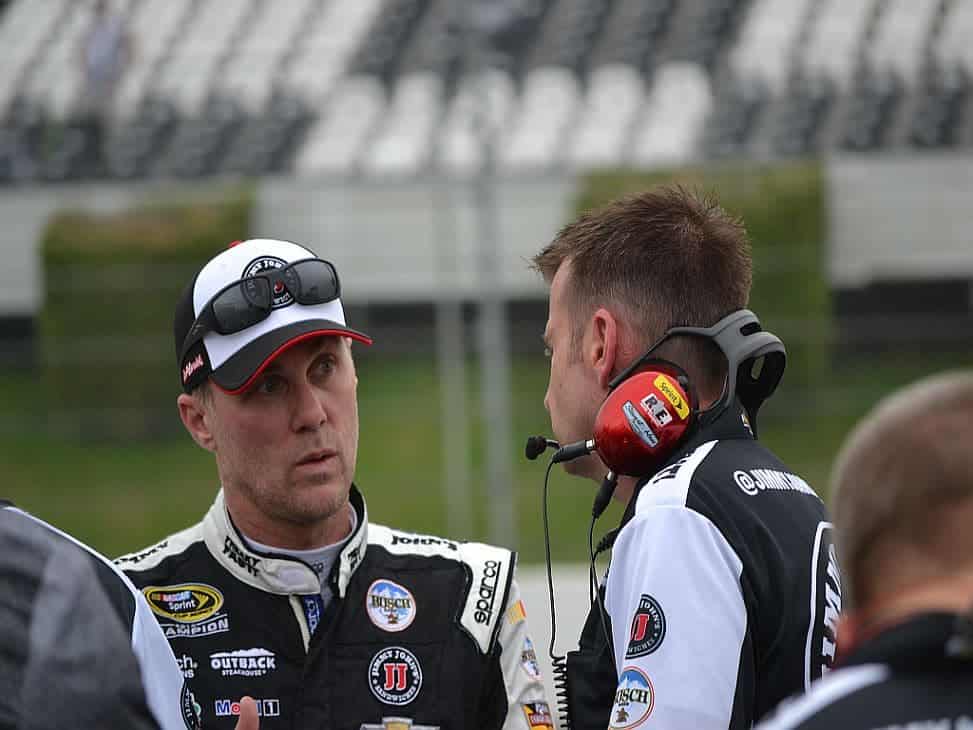 On Wednesday morning, NASCAR released the weekly penalty report.  Once again, NASCAR has come down hard on a contending team due to lugnuts.

Kevin Harvick‘s No. 4 Jimmy John’s Chevrolet was found to have loose lugnuts after the finish of Sunday’s Crown Royal Presents the Combat Wounded Coalition 400 at the Indianapolis Motor Speedway.  As a result of NASCAR’s recent crackdown on the practice, Harvick and the No. 4 team have been given a P3 penalty.

Harvick’s crew chief, Rodney Childers, has been suspended for this weekend’s Pennsylvania 400 at Pocono Raceway.  Childers has also been fined $20,000 and placed on probation until the end of the year.

Childers had previously posted to Twitter back in April that he thought he’d be penalized for lug nuts and forced to miss a race at some point this season.

All the years of hitting 5, and hardly ever was all 20 on post race.. I will sit at home for a week at some point.. https://t.co/4U5rNlmpFn

In addition to Childers’ suspension, a number of warnings were assessed.  Three teams failed the LIS (laser) inspection twice during pre-race inspection and were warned: Kasey Kahne‘s No. 5, Paul Menard‘s No. 27 and Matt DiBenedetto‘s No. 83.  For DiBenedetto, this is his team’s fourth warning.  As a result, DiBenedetto should get last pick of pit stalls this weekend in Pocono.  However, that was not noted in NASCAR’s official release.

Two more teams, Kurt Busch‘s No. 41 and Aric Almirola‘s No. 43, were given written warnings for failing template inspection twice during pre-qualifying inspection.  Neither driver will be penalized any further.

In the Camping World Truck Series, Austin Wayne Self‘s No. 22 team has been given a warning after truck trailing arms that do not meet regulations were found on his truck during opening inspection last Tuesday at Eldora.