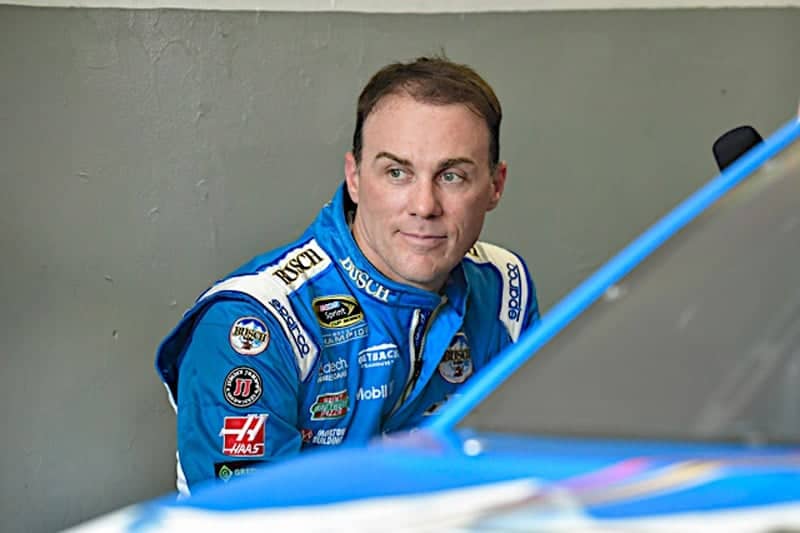 Is Pocono Raceway the Site of Stewart-Haas Racing’s Next Win?

Pocono Raceway has been a solid home for Stewart-Haas Racing success. Kurt Busch is the most recent track winner, while Kevin Harvick and Danica Patrick have shown their respective speed at the sport’s triangle circuit.

As for team co-owner Tony Stewart, he called the June Pocono race one of the races that sparked change in his No. 14 crew before winning at Sonoma Raceway. Though he crashed out of the 400-miler, a sixth-place qualifying effort gave us the first taste of speed out of Stewart.

Meanwhile, Patrick, though she only has one finish better than 29th in her seven Pocono starts, has shown top-15 speed over the last few events. Last week at Indy, she pointed out Pocono as one of her better racetracks despite the sparse results.

“While I haven’t had great finishes, I like it,” she said. “I had four cracked rotors racing there last [year] and still managed 16th.”

For all four SHR teams, the confidence is up and the speed is there. However, can they get that little extra to win? With only two victories for SHR since March, the overall potential for the organization hasn’t been higher as it approaches one of its best tracks.

What Does Richard Childress Racing Expect with Crew Chief Change in the No. 27?

Since 2014, it’s been a combo of driver Paul Menard and crew chief Justin Alexander, who have put together three top 5s, plus a Chase berth in the 2015 Sprint Cup season.

But with lackluster numbers through the 20-race-old 2016 season, grabbing only their second top 10 of the season last week at Indianapolis, a change had to be made if the Richard Childress Racing No. 27 wanted to make the next step.

Despite only one Cup race to his crew chief record, Stockman is a proven miracle worker atop the pit box, as he has championships in both the Camping World Truck and XFINITY series with Austin Dillon.

With a long, successful history with RCR, Stockman will return to the Cup Series as Menard’s new firsthand man starting this weekend in Pocono. What do they have to accomplish? Sitting 23rd in points, on track to finish lower in points since ending 31st in 2009, Menard currently possesses his worst average finish since 2009 at 20.9. With a driver who has struggled with consistency and hasn’t won in more than five years, a crew chief change like this must do wonders to turn things around fast.

The pressure will be there as the Chase quickly approaches.

Will Cole Custer Turn His Season Around in Pocono?

Cole Custer has been one of the definite underperformers of 2016 across all NASCAR national touring series.

Along with running a whopping 337 laps out front in 10 starts last season in the Camping World Truck Series, a victory at Gateway Motorsports Park gave much of the series’ followers an exciting championship contender to watch for in 2016.

However, Custer’s first full-time season has been decidedly under the radar, as he has only led three laps and sits a lackluster 11th in points.

The highlight of his season came at Iowa Speedway, when he battled William Byron down to the last lap before finishing second. But other than that night, Custer hasn’t really been around the front of the pack.

Can that change this Saturday at Pocono? A victory in the ARCA Racing Series one year ago should give the 18-year-old a breath of much-needed confidence entering one of the more unique racetracks in the sport. Since that ARCA win, Custer has taken some time to learn the XFINITY Series as well, finishing as high as fifth at Charlotte Motor Speedway in May. Showing progress in the second-tier series has given some light during a dull 2016 season to date for Custer.

Making his first Truck start at Pocono this Saturday, Custer has solid momentum on his side, coming out fairly clean in last week’s Eldora Speeedway race with a sixth-place finish.

In a battle of the youngsters in the Trucks Series, Custer must make a significant stride forward to match the speed of Byron, Daniel Hemric, Ben Rhodes and many more. If terms of momentum, this weekend gives Custer a strong chance to make it happen.

In the latest of key opportunities being thrown out in the XFINITY Series, Dakoda Armstrong will make his first start with Joe Gibbs Racing this weekend at Iowa Speedway while Matt Tifft continues to heal from brain tumor removal surgery last month.

After two years at Richard Petty Motorsports, and only four top-10 finishes, the 25-year-old jumped to JGL Racing for 2016, and to this point of the season, Armstrong has gathered five consecutive top-20 finishes, as he sits a respectable 15th in points.

But all that will likely see a bump in performance, as he’ll sit in one of the series’ quickest rides Saturday at Iowa.

However, like the level of speed under the hood of his Toyota, the pressure will be just as high. Sam Hornish, Jr. destroyed the field last time at Iowa, as he won in the No. 18 car. Then you have Kyle Busch, who’s won seven times in 2016.

But unlike Hornish or Busch, Armstrong’s next big-time shot is unknown. The three-time ARCA winner will take the most important green flag of his racing career while he hopes to show the sport what he’s really made of.