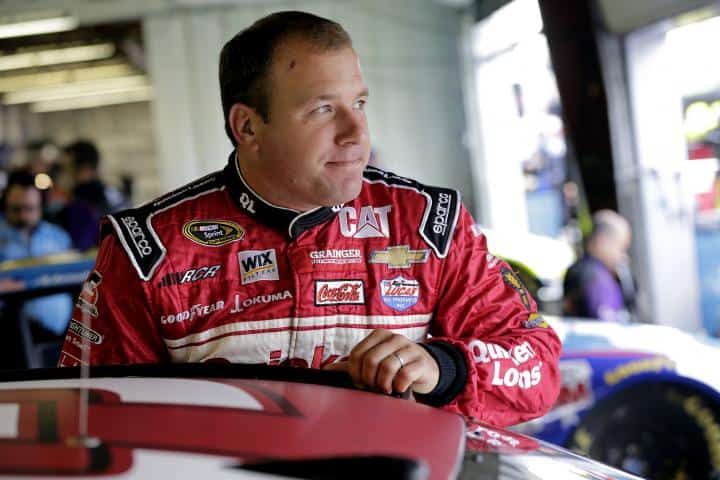 Richard Childress Racing has done their homework for this weekend at Pocono Raceway.

With a recent crew chief change for the No. 27 Chevrolet of Paul Menard [Danny Stockman, Jr. taking over for Justin Alexander starting in Pocono], Ryan Newman and Austin Dillon completed a trio of solid speed thus far at Pocono.

“It’s hard to say why we’re that much better today,” Menard said, “It’s all about the details in this sport. You don’t throw one spring at it and make the car come to life, it’s all about details.”

One key detail may be new crew chief Danny Stockman, Jr., who brings years of RCR championship-winning experience to the struggling No. 27 stable.

“I’ve known Danny now for a year-and-a-half now,” Menard said. “It’s just a different perspective from Justin [Alexander]. Justin is a really smart guy, we just needed to change something up, make a spark. Danny, you throw him into the fire and he’s working well with all the guys. He knows everybody on our team from being around RCR.

“He’s rejuvenated our team. We’ve had a rough year, we haven’t run as well as we wanted r expected. We just had to do something.”

For Newman, he earned his second top-5 Pocono start since 2013, lining up in the fifth spot. With two RCR cars in the top 5 and a third [Dillon] starting 12th, Newman was proud of the effort across the whole organization.

“Good day without a doubt for RCR,” he said. “We had, I think, three in the top 10 in practice and we ended up two in the top 5 there in qualifying. Congrats to my buddy Truex, hope I can out-fish him now.

With a strong dose of much-needed momentum, Newman wants to keep expectations level as they hope to end the team’s two-and-a-half-year winless drought.

“No guarantees, but it’s definitely a step in the right direction,” Newman concluded. “The cars are definitely better and it shows. They’re definitely easier to drive today than it was the first race.”