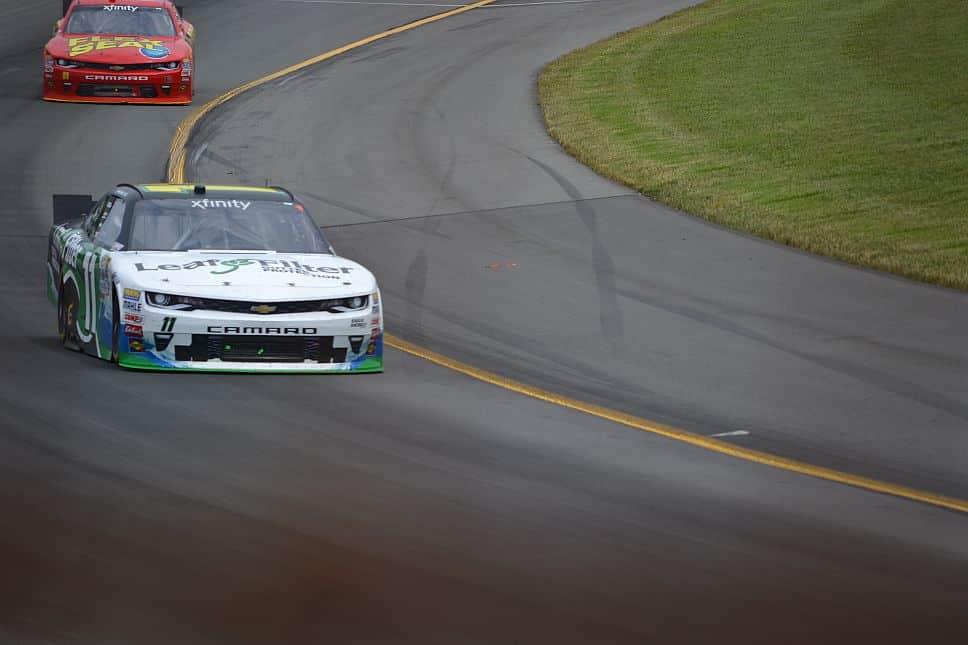 2016 in the Xfinity Series has been absolutely dominated by Joe Gibbs Racing. JGR has won twelve of the eighteen races ran so far this season and its drivers have led over 1800 points. However, Friday’s practices at Iowa showed that the Toyota team’s complete domination over the series may be fading a bit.

Richard Childress Racing driver Sam Hornish Jr. was the fastest driver in the opening practice session, with a lap at 132.214 mph. Hornish has only made one start in NASCAR after being let go from Richard Petty Motorsports last year, a win in the June Iowa race for JGR.

Second was Ty Dillon and third was points leader Daniel Suarez. This session was plagued by mist, with the yellow flag coming out once due to the weather. Nine drivers either opted to not practice or did not complete a lap; those that did did not complete many.

Blake Koch, whose Kaulig Racing team buys engines from RCR, out paced the field for this session after a lap at 134.105 mph. Hornish was second at 133.792 mph and Erik Jones was third at 133.429 mph. Suarez followed up his solid result in the first practice session with a fourth here, while Brendan Gaughan rounded out the top 5.

Practically all teams participated in this session, with many spending upwards of 30+ laps on track. There were no incidents that caused an on-track caution.

Austin Theriault was eighth and 13th in the sessions respectively in place for Brad Keselowski, who was busy qualifying his Sprint Cup series car at Pocono. Keselowski will be the lone Cup regular pulling double duty this weekend and it is expected that he will pilot his No. 22 Ford for qualifying tomorrow.