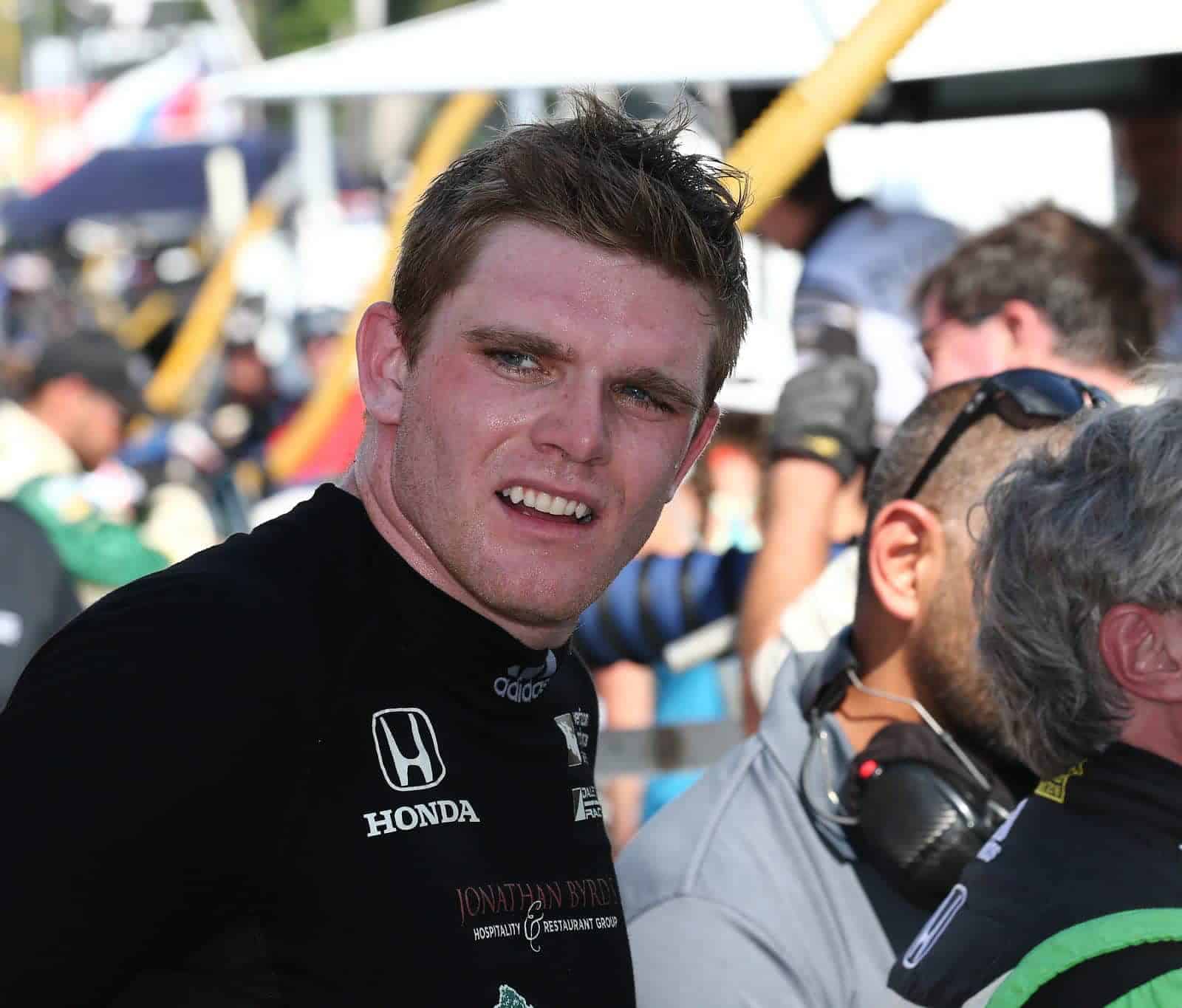 Running 21st and 22nd out of 22 cars for the first 10 laps, it made sense when Dale Coyne Racing’s two teams elected to attempt an off-sequence pit strategy.

The decision to pit early came easily for Daly’s DCR team after the rookie lost track position due to confusion over the race’s start.

“From the stand we called a no-start, so I was actually way behind,” Daly said. “I was like, ‘Wait a second, I thought we weren’t starting.’”

Trapped in the back of the pack, Daly began coming to pit road before his competitors to try to garner clean air.

By sheer luck, the strategy played into a major opportunity for the rookie in the 90-lap feature’s final stint.

After pitting for what his team believed would be the final time early with right-front tire issues, Daly benefitted from a timely yellow and some adjustments to take and hold the lead for most of the race’s final 28-lap run after staying out as the leaders pitted.

“We kept locking up the right from so easily and I (would) just go sailing off,” Daly said. “Even in the race I went sailing off. But as soon as I sorted the brake bias, the car was amazing.

“I went sailing off and I ruined the tires. We had to pit because the right-front was destroyed.”

In the end, Daly led 22 laps before being forced to pit road six laps early for fuel when a caution flag never fell.

“We were like 7 laps short,” Daly said. “It’s worked out for us in the past to short-fill and stay out on the same set of tires. We’ve pulled a really good gap, so we thought why not just keep going?

“I just tried to nail every single lap, and I think we had a good enough car to stay out front and pull the gap that we needed.”

Even without a victory, Daly was proud of his team’s efforts to end a weekend-long struggle.

“Sixth is probably about as good as we could have done in that scenario. I was just happy to pull away and just lead again for a stint like that,” Daly said. “These guys kept the faith in me, because I’ve driven the car off-course all weekend. I was just glad we could have a good finish to end the weekend.”

The result bumped Daly to 17th in IndyCar standings, three points ahead of Marco Andretti.