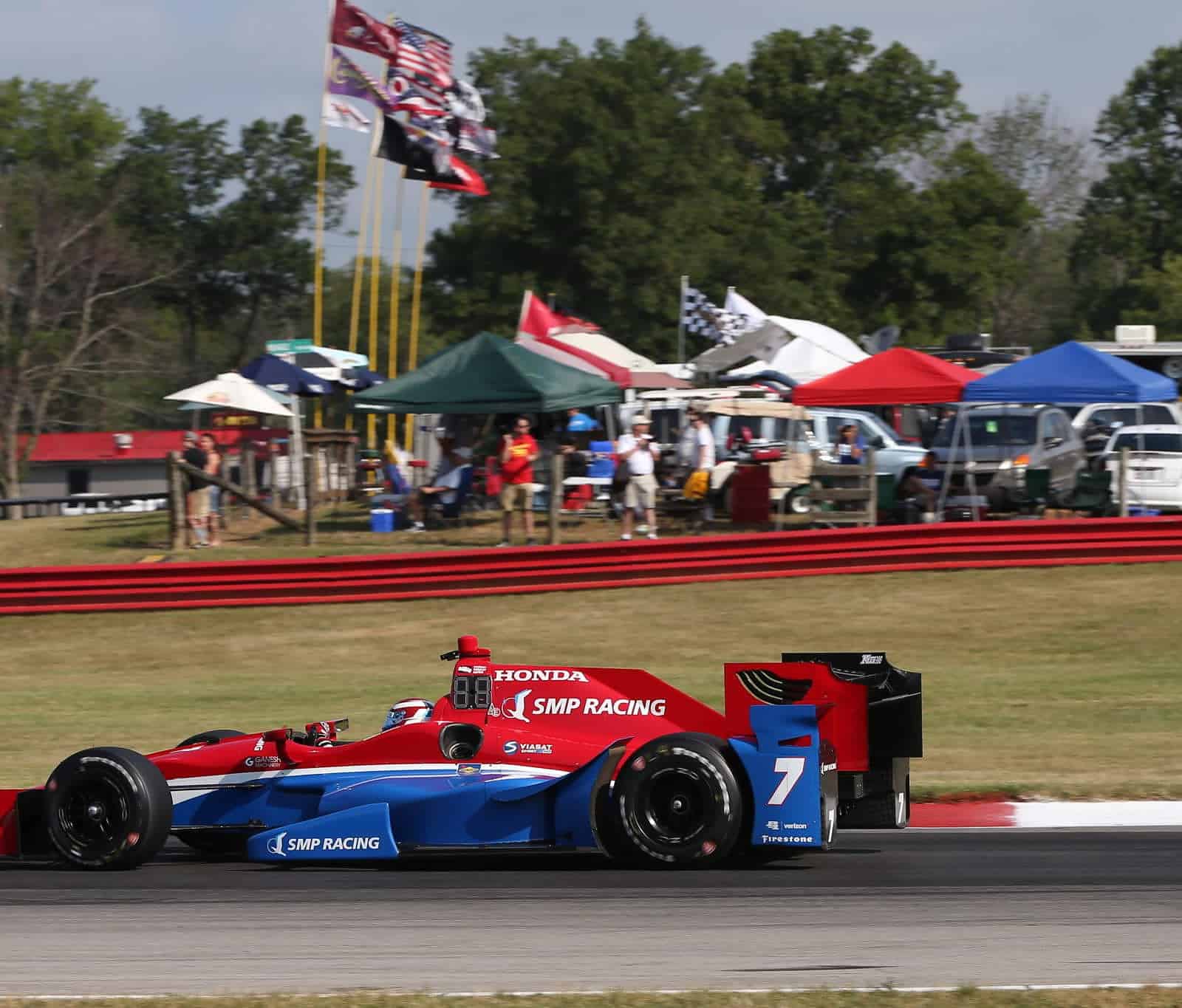 For a time on Sunday, it appeared that Mikhail Aleshin and Schmidt Peterson Motorsports had played the perfect pit strategy.

After starting 10th, Aleshin and his team had executed an off-sequence strategy to propel the Russian to the top of the charts, 10 seconds ahead of the dominant duo of Simon Pagenaud and Will Power.

Aleshin was able to maintain the lead, save fuel and tires and lay down consistent laps. With the laps winding down, it appeared the 2014 rookie was en-route to his first-career Verizon IndyCar Series win.

Then, the caution flag flew.

After leading 33 laps during the middle section of the race, Aleshin saw his lead vanish when a crashing Jack Hawksworth faced a full-course yellow on lap 61.

“Everything was perfect. I wasn’t pushing like crazy. I was saving fuel. I was saving tires and I was pulling away from them,” Aleshin said. “It would’ve been a win for sure. Easy win.”

With the gap erased, Aleshin brought his No. 7 SMP Racing Honda to pit road for what he believed would be the final time. The stop itself was completed with no issue, but everything fell apart Aleshin’s crew sent him back onto pit road too early.

Told to go, Aleshin surged out of his stall and directly into the path of Josef Newgarden. The two collided, and with it ruined both of their days.

Aleshin was issued two separate penalties as a result of the incident, first sent to the tail-end of the field for an unsafe pit exit, then issued a drive-thru penalty for contact with pit road personnel. The personnel contacted, a member of Team Penske, was evaluated and released from the infield care center.

After a race in which Aleshin led the most laps, the Russian was relegated to a 17th-place result.

Aleshin searched for positives after the disappointing result.

“We’ve been just a little bit unlucky,” Aleshin said. The team did a fantastic job to bring the No. 7 SPM Racing car up to speed. We started from nowhere this weekend, something like P20 in the first practice. We were coming up higher and higher, P10 in qualifying. I overtook a couple guys at the start and we overtook some guys with pit strategy. The car was just phenomenally fast.

“We can be there, you know? The next time we’ll be a little bit more lucky in the pits and we’ll be fine. Either way, I’m happy to lead the race for so long.”